The auction of players in the Indian Premier League (IPL) T20 cricket tournament always throws up some interesting results. This time around, the auctions happened in early February and were no different from past years, with several uncapped players, who had played no international cricket and in some cases very little first class cricket, getting bought for a lot of money.

Take the case of Murugan Ashwin, a 25-year-old leg-spin bowler from Tamil Nadu, who had only played very few first class matches before the auction. His base price was Rs 10 lakh and he was finally picked up for a price of Rs 4.5 crore by the Rising Pune Supergiants team.

Why did someone with so little experience get picked up at such a high price? The recency effect was at work, with the recent performances of the players being given more weight by the team managements looking to pick up players. Ashiwn had performed very well in the Syed Mushtaq Ali trophy, which is the name of the domestic T20 competition, getting a wicket every fourteen balls.

The recency effect benefitted several other players as well. Rishabh Pant, the wicket-keeper of the India under-19 cricket team got sold for Rs 1.9 crore to the Delhi Daredevils team. His performances in the under-19 cricket world cup, was probably top of the mind recall for various cricket teams. Pant had smashed 78 runs in 24 balls, a few days before the auction happened.

In fact, in Ashwin’s case his performance in Syed Mushtaq Ali trophy was noticed by several scouts and this led to a bidding among teams driving up his price to Rs 4.5 crore. Scouts tend to be very confident about their choices and this bids up prices. It also leads to what economists call the winner’s curse.

As Richard Thaler writes in Misbehaving—The Making of Behavioural Economics: “When many bidders compete for the same object, the winner of the auction is often the bidder who most overvalues the object being sold. The same will be true for players.”

Thaler of course is not writing about cricket but American Football. But the logic applies equally to IPL as well. There were other cricketers also who benefitted from the winner’s curse. South African all-rounder Chris Morris, was sold for Rs 7 crore, after a bidding war erupted between Rising Pune Supergiants, Mumbai Indians and Kolkata Knight Riders. He was finally bought by Delhi Daredevils. His base price had been set at Rs 50 lakh.

Not only the winner’s curse is at work, but there is something known as the false consensus effect at work, as well. And what is this effect? As Thaler writes: “Put basically, people tend to think other people share their preferences. For instance, when the iPhone was new I asked the students in my class two anonymous questions: do you own an iPhone, and what percentage of the class do you think owns an iPhone? Those who owned an iPhone thought that a majority of their classmates did as well, while those who didn’t thought iPhone ownership uncommon.”

Now how does this apply in case of auction of players? As Thaler writes: “When a team falls in love with a certain player they are just sure that every other team shares their view. They try to jump to the head of the line before any other team steals that guy.”

The thing is that many of these expensively priced players do not perform as well as the teams think they will. The winner’s curse takes its toll. An excellent example of this is Yuvraj Singh, who was bought for Rs 16 crore and Rs 14 crore respectively in 2015 and 2014, and did not deliver much bang for the buck.

As Thaler writes: “The winner’s curse says that those players will be good, but not as good as the teams picking them think.” Not surprisingly this time around Singh was finally sold at a much lower Rs 7 crore, to Sunrisers Hyderabad. Chances are this time he might perform better than the last two years.

The surprising thing is that it is not always performance that gets the money in IPL. Take the case of leg-spinner Pravin Tambe, who has bowled brilliantly over the last few years. In the 2016 auction he was sold to the Gujarat Lions for Rs 20 lakh. Given that he is 44, goes against him.

The column originally appeared in the April 2016 issue of the Wealth Insight magazine. 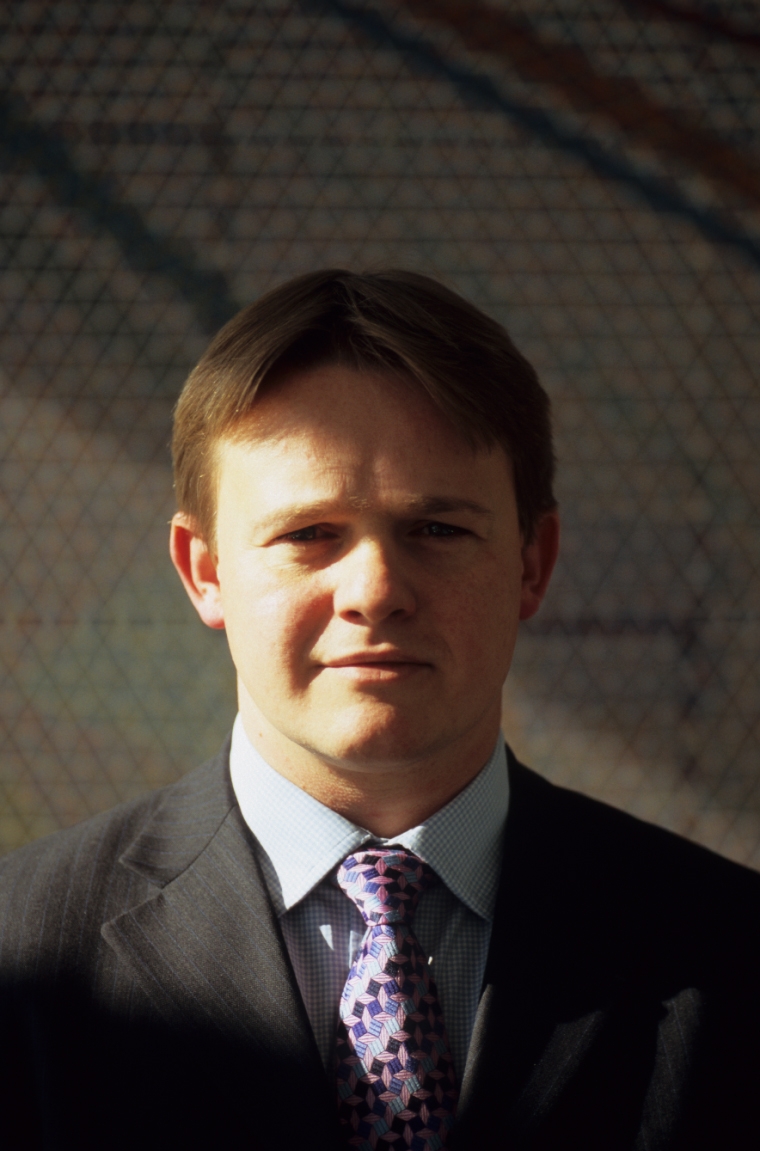 We live in an era of instant coffee and analysis.
Even before something has happened, the analysis on why it has happened is ready. Given this, it leads to situations where we analyse using what we think is “common sense”.
But common sense does not always work. The simplest answer is not always the right one. Life can get a little more complicated than that.
Consider the story of a woman who the economists Abhijit V Banerjee and Esther Duflo met in the slums of Hyderabad. The economists recount this story in their book Poor Economics-Rethinking Poverty & the Ways to End It: “A woman we met in a slum in Hyderabad told us that she had borrowed Rs 10,000 from Spandana and immediately deposited the proceeds of the loan in a savings bank account. Thus, she was paying a 24 percent annual interest rate to Spandana, while earning about 4 percent on her savings account.” Spandana is a micro-finance institution.
Common sense tells us that anyone in their right mind wouldn’t do anything like this. But the economists soon found out that there was a method to the madness, once they saw the context in which the woman was operating.
As they write: “When we asked her why this made sense, she explained that her daughter, now 16, would need to get married in about two years. That Rs 10,000 was the beginning of her dowry. When we asked why she had not opted to simply put the money she was paying to Spandana for the loan into her savings bank account directly every week, she explained that it was simply not possible: other things would keep coming up…The point, as we eventually figured out, is that the obligation to pay what you owe to Spandana – which is well enforced -imposes a discipline that the borrowers might not manage on their own.”
Once viewed in this context the story makes immense sense. The woman was borrowing at 24% and investing it at 4% in order to build a savings kitty for her daughter’s dowry. Of course, prima facie this wouldn’t have seemed obvious at all. As Nicholas Epley writes in Mindwise: How We Understand What Others Think, Believe, Feel, and Want “The mistakes we make when reasoning about the minds of others all have the same central outcome: underestimating their complexity, depth, detail, and richness. When we’re indifferent to others, it’s easy to overlook their minds altogether, treating such people as relatively mindless animals or objects than as fully mindful persons.”
Epley gives a brilliant example of people who chose to stay back in in New Orleans when Hurricane Katrina hit the city in August 2005. The experts were at it with their instant analysis. As ABC News put it, “It’s hard to understand the mind-set of those who ignored evacuation orders.” Michael Chertoff, the Chief of Homeland Security said that those who stayed back made a “mistake on their part”. Psychiatrists suggested that there was a “certain amount of denial involved” on part of those who had chosen to stay back in New Orleans, given that they believed that they could handle the storm.
All these explanations sound pretty convincing, “but it does not resonate as well with the actual experience of most who left and stayed, because the broader context is not quite as easy to see.” It is simple to come to the conclusion that anyone choosing to stay back and take on a category 5 hurricane was not right in the head. But anyone who came to that conclusion ignored the context in which the people who had chosen to stay back, were operating.
As Epley writes “Compared to those who left, those who stayed were disproportionately poor, had geographically narrower social network, had larger families (both children and extended members), had less access to reliable news, and were considerably less likely to own a car.” And given this it was not easy for these people to just pack up and leave.
“If you had money to pay for an extended hotel stay, relatively small family to move, a car to get all of you there, or had far-away friends to stay with, you could choose to leave. If you had no money for an extended hotel stay, no car to get you out, a large family to move and no long distance-friends to stay with, what choice did you have?” asks Epley.
Of course, people who analysed the situation did not understand this broader context. Given this, before passing judgements it is important to understand the context in which people are operating. People who chose to stay back when Katrina hit New Orleans, did not need convincing to leave the city, what they needed was a bus. As Epley puts it “Many who stayed wanted to desperately to leave but couldn’t. They didn’t need convincing, they needed a bus.”
And what about the woman who borrowed money at 24% and invested it at 4%? What it clearly tells us is that there is a need for a savings solution which allows the poor to save on a daily basis. If they can discipline themselves to pay back micro-finance institutions every week, they can easily discipline themselves to save small amounts on a daily basis. Of course, there are financial institutions which cater to this market, but most of them are of dubious nature. Hence, there is a clear market out there for anyone who is willing to take the risk.

The article originally appeared in the Wealth Insight magazine August 2014