The writer Gregg Easterbrook once said: “Torture numbers, and they’ll confess to anything.” Allow me to explain with an example, on how numbers can be used to muddle the truth.

Nirav Fraud has defrauded the Punjab National Bank of Rs 12,645.97 crore. This is the loan amount that the diamond merchant has defaulted on. On its own the number sounds like a pretty big number, which it is.

But now let me show, how even a number as big as this, can be made to look small, by someone who is looking to muddle the truth.

The question is how big is Nirav Modi’s fraud vis a vis the accumulated bad loans of Punjab National Bank. His fraud is ultimately going to add to the bad loans of the bank.

Bad loans are loans where the borrower has stopped repaying for 90 days or more. The accumulated bad loans of Punjab National Bank stood at Rs 57,519 crore as on December 31, 2017.

Hence, Nirav Modi’s default will add around 22% more to the bad loans number of Punjab National Bank. At this level, the default still seems big. Let’s go a little further.
Now let’s take a look at the bad loans of all banks (i.e. public sector banks + private banks + foreign banks). This stands at around Rs 9,00,000 crore, as on December 31, 2017. Nirav Modi’s default amounts to just 1.4%, which is very small in the overall scheme of things. A big default number now suddenly seems very small.

The context is the most important point when trying to make sense of a number. The good thing is that nobody tried to muddle the truth in this case, and it was clear from day one that Nirav Modi’s fraud was a big fraud, from day one. But that is not always the case.

Few years back, in the days after Nirbhaya was battling for her life, I remember reading a news item which suggested that Sweden had one of the highest incidences of rape in the world. The Indian scenario was much better, the newsreport suggested.

Of course, the newsreport totally missed out on the context and muddled the truth. As Hector Macdonald writes in Truth—How the Many Sides to Every Story Shape Our Reality: “Sweden is said to have the second highest incidence of rape in the world, with more than 60 cases reported per 100,000 inhabitants each year (the rate for India is 2 per 100,000). Yet this reflects not only Sweden’s better reporting of sexual crime but also a broader definition of rape.” In India, other than fewer rape victims coming out in the open, the system also works to protect the rapists in many cases.

The broader point here is that before believing a number, it is important to look at the overall context in which it is being used. As Macdonald writes: “When someone tries to persuade you that a number is especially significant, the first thing to do is to translate it into a more revealing truth that incorporates relevant context.”

Now that of course is, easier said, than done.

The column originally appeared in Bangalore Mirror and Mumbai Mirror on April 11, 2018. 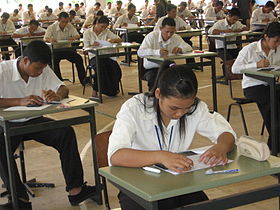 This is that time of the year when various examination results get published. And I happen to be in Delhi, where my parents and a bulk of my relatives live. So, I have been listening to a few interesting stories around examination results.

More than the individuals writing the exams, it is interesting to see how their parents react, once the results are out. If a child does well, it is always because of his hard work and the adjustment his or her parents had to make in order to ensure that he or she could totally concentrate on studies.

If a child doesn’t do well, then it is almost always because circumstances beyond their control. Excuses start to spring up. Here are a few that I have heard over the years: He or she wasn’t keeping well through the period of the examination; there was a power cut the night before the Maths exam and he couldn’t do well; the invigilator took away his paper five minutes before the time got over (this seems to be a favourite with parents).

As Robert H. Frank writes in Success and Luck—Good Fortune and the Myth of Meritocracy: “[A] disconnect between evidence and belief is people’s tendency to underestimate good fortune’s role in success, while being too quick to embrace bad luck as an explanation of failure… People want to feel good about themselves, and they’re more likely to enjoy the warm glow of a positive self-image if they think of themselves as highly competent and attribute their failures to events beyond their control.”

But the point is that luck plays a role both ways—in success as well as failure in exams, even though we like to bring only bad luck into the picture. Let me share a few personal examples here even though it has been a long time since I wrote an exam.
When I was doing my MBA, there were two papers, Macroeconomics and Microeconomics, which were deemed to be the toughest of the lot. As luck would have it, I never got around to studying either of the subjects but passed both of them.

How did that happen? Before the Microeconomics exam, a friend took pity and taught me one chapter 30 minutes before the exam. A bulk of the questions came from that chapter. I scored all of them correctly and got more than the required 50 per cent. Hence, luck played a huge role there.

Luck, in the form of bad luck, also played a huge role for many of my friends who had studied everything else but missed out on that particular chapter.

When it came to macroeconomics, due to some organisational hassles, there was a holiday of four days before the exams. And that was enough for me to read large sections of the prescribed text book and pass the exam. Without the holidays, there was no way I could have passed the exam by just studying overnight.

These were two examples from my end. But all of us have such lucky streaks when we write exams over a long period of time from our childhood till our early twenties.
The issue is how should parents approach this. Should they tell their children about the role of luck? Or should they keep harping on the benefits of hard work? Or should they take the middle path, and tell their children that while hard work is important, luck has a huge role to play as well? And if they do this, will the children be able to understand this?

As Frank writes: “Parents who teach their children that luck doesn’t matter may for that every reason be more than likely to raise successful children than parents who tell their children the truth. When the going gets tough, as it inevitably does along almost every career path, someone who’s keenly sensitive to luck’s importance may be more tempted just to sit back and see what happens.” And no parent would want that to happen.

The column was originally published in the Bangalore Mirror/Mumbai Mirror/Pune Mirror on June 21, 2017. 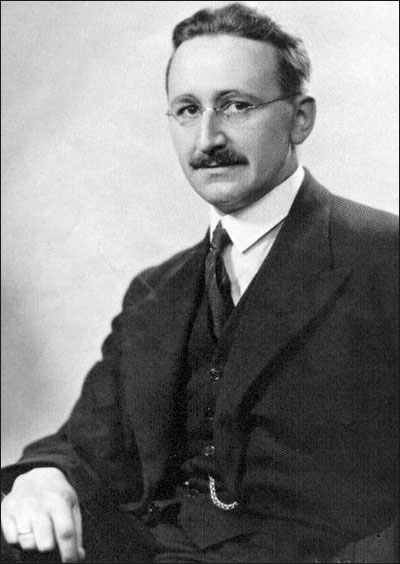