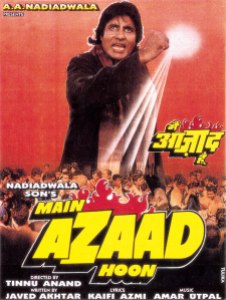 The attempts of the Reserve Bank of India (RBI) to control inflation have been a non-starter. “Growth, particularly in the last two or three years, has been worth its weight in gold. In a global economic boom, an economic growth of 8%, 7% or 9% doesn’t really matter. But when the world is slowing down, in fact growth in large parts of the world has turned negative, to kill that growth by raising the interest rate is inhuman. It is almost like a sin. And the RBI killed it under the very lofty ideal that we will tame inflation by killing growth,” said Shankar Sharma, vice-chairman & joint managing director, First Global, in an interview to DNA Money.
“If you have got a matriculation degree, you will understand that India’s inflation has got nothing to do with RBI’s policies. Your inflation is largely international commodity price driven. Your local interest rate policies have got nothing to do with that. We have seen that inflation has remained stubbornly high no matter what Mint Street has done. You should have understood this one commonsensical thing,” he added.
Given this, Sharma feels that there is no way out for the RBI but to cut the repo rate in the days to come. Repo rate is the rate at which RBI lends money to the banks. “I do not rule out a 150 basis points cut in the repo rate this year. Manmohan Singh might have just put in the ears of Subbarao that it’s about time that you woke up and smelt the coffee. You have no control over inflation. But you have control over growth, at least peripherally,” said Sharma.
Growth is the only antidote to inflation, feels Sharma. “If your nominal growth is 15%, you will get 10-20% salary and wage hikes. Then you have more purchasing power left in the hands of the consumer to deal with increased price of dal or milk or chicken. If the wage hikes don’t happen, you are leaving less purchasing power in the hands of people. And wage hikes won’t happen if you have killed economic growth,” explained Sharma.
And getting economic growth started again will be very difficult. As Sharma put it “The laws of physics say that you have to put in a lot of effort to get a stalled car going, yaar. But if it was going at a moderate pace, to accelerate is not a big issue. We have killed that whole momentum. And remember that 5-6%, economic growth, in my view, is a disastrous situation for a country like India. You can’t say we are still growing.”
By keeping interest rates high the RBI has managed to slowdown credit growth of banks and thus made borrowing easy for the government of India, which has been borrowing big time to finance its fiscal deficit. Fiscal deficit is the difference between what the government earns and it spends. “There are not many competing borrowers from the same pool of money that the government borrows from. So far, indications are that the government will be able to get what it wants without disturbing the overall borrowing environment substantially. In a strange sort of way the government’s ability to borrow has been enhanced by the RBI’s policy of killing growth. I always say that India has 33 crore Gods and Goddesses. They find a way to solve our problems,” said Sharma.
Sharma also sees the rupee appreciating against the dollar, a prediction he made at the beginning of the year and which hasn’t worked out till now. But his optimism still remains. “I still maintain that by the end of the year you are going to see a vastly stronger rupee. I believe it will be Rs 44-45 against the dollar. Or if you are going to say that is too optimistic may be Rs 47-48. But I don’t think it’s going to be Rs 60-65 or anything like that.”
A major reason for Sharma’s optimism is a fall in oil prices and Indians buying lesser gold.
“At the beginning of the year our view that oil prices will be sharply lower. That time we were trading at around $105-110 per barrel. Our view was that this year we would see oil prices of around $65-75. So we almost got to $77 per barrel (Nymex). We have bounced back a bit. But that’s okay. Our view still remains that you will see oil prices being vastly lower this year and next year as well, which is again great news for India,” said Sharma. Also with gold prices touching all time highs in rupee terms gold imports have taken a beating.
“You should be seeing a much stronger rupee by the end of the year. Imagine what that does to the equity market. That has a big, big effect because then foreign investors sitting in the sidelines start to play catch-up,” concluded Sharma.
(The article originally appeared in the Daily News and Analysis on July 31,2012. http://www.dnaindia.com/money/report_an-ssc-pass-understands-that-inflation-today-has-nothing-to-do-with-rbi_1721962)
(Vivek Kaul is a writer and can be reached at [email protected]) 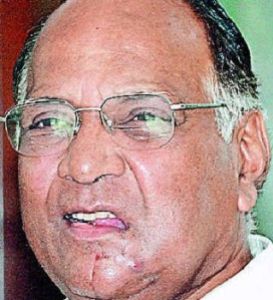