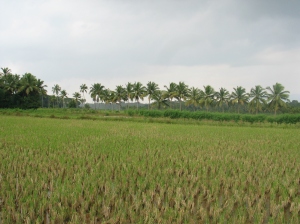 The Cabinet Committee on Economic Affairs (CCEA) has decided to increase the minimum support price (MSP) of rice by Rs 50 per quintal or 3.8% to Rs 1360, for this year. The MSP is the price at which the government buys rice from the farmers, through the Food Corporation of India(FCI) and other state government agencies.
The law minister Ravi Shankar Prasad was confident that this decision will not fuel inflation. As he told the media “I do not think rise in MSP is directly linked to inflation. We are taking several measures to control inflation”.
While the increase in MSP of 3.8% is lower than the average increase of 9% per year in the MSP of rice since 2007-2008, Prasad’s statement is wrong on several counts. As economist Surjit Bhalla put it in a November 2013 column in The Indian Express “For each 10 per cent rise in previous years’ procurement prices, there is a predicted 3.3 per cent increase in the current year CPI…When the government raises the MSP, the prices of factors of production involved in the production of MSP products — land and labour — also go up.”
Given this, even a 3.8% increase in the MSP of rice will translate into some inflation. Further, several states like Punjab, Haryana, Uttar Pradesh, Andhra Pradesh and Odisha, levy procurement taxes on the rice and wheat procured by the central government through FCI.
A recent article in The Financial Express estimates that these “purchase levies account for 10-14.5% of the minimum support price (MSP) announced by the Centre on rice and wheat procurement.” Hence, when the MSP of rice goes up, these levies which are a certain percentage of the MSP, also go up. This in turn pushes up the price of rice.
Also, it is worth remembering here that the FCI, directly and through state government affiliates, procures rice and wheat from farmers at the MSP set by the government. It buys all the rice and wheat that farmers bring to it, as long as it meets a certain quality. Farmers have a ready buyer, and one who keeps increasing the price.
This has led to a situation where the government of India has become the biggest hoarder of rice and wheat. A recent report in The Financial Express points out that “the Food Corporation of India (FCI) had rice stock of more than 28.2 million tonnes at the start of the month, which is more than the double the requirement under the strategic reserve norm.” Hence, it is not surprising that the price of rice in May 2014 rose by 12.75% in comparison to May 2013.
Earlier this month the government decided to sell around 5 million tonnes of rice in the open market. As and when this happens this will have some impact on the price of rice. But that effect will be negated with the government buying all the rice that lands up at its door and starts hoarding again in the months to come.
Take the case of last year when the MSP for rice was increased by 4.8% to Rs 1310 per kg. In October-November 2013, the inflation in the price of rice was at around 15%. The only possible explanation for this is the fact that the government bought much more rice than it needed to run its various programmes. Hence, a lesser amount of rice landed up in the open market and thus fuelled inflation.
Given these reasons, Ravi Shankar Prasad is wrong when he says that the decision to increase the MSP of rice will not fuel inflation. Having said that some amount of increase in the MSP of rice is necessary. The farmers also need to be paid more every year, given the high inflationary times that we live in. The only way for the government to ensure that it does not cause inflation is to buy the right amount of rice and wheat that it actually needs to run its various programmes and not more.
The article originally appeared on www.firstbiz.com on June 27, 2014 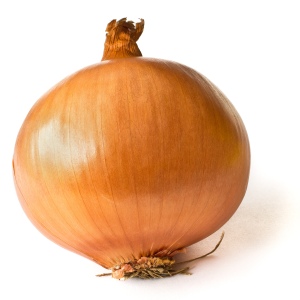 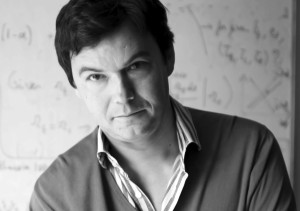 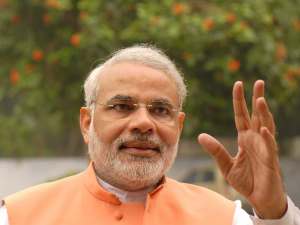 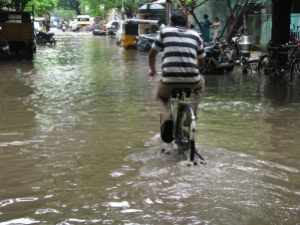 It has been widely reported that there is a possibility of a bad monsoon this year. Data released by the India Meteorological Department (IMD) suggests that “the rainfall activity was deficient/scanty over the country”. In fact, “for the country as a whole, cumulative rainfall during this year’s monsoon has so far upto 18 June been 45% below the Long Period Average (LPA)”, the IMD data suggests.
This has had an impact on the sowing of summer crops. Data released by the ministry of agriculture shows that the sowing of kharif crops,which are typically sown around this time of the year for harvesting after the rains (ie, September-October), has come down majorly in comparison to last year.
Last year the farmers had sowed rice over an area of 16.4 lakh hectares by June 21, 2013. This year it has dropped by more than half to 7.59 lakh hectares. The planting of oil seeds has dropped by a whopping 84.9% to 1.23 lakh hectares. Pulses have also fallen from 3.74 lakh hectares to 2.6 lakh hectares this year. The planting of sugarcane continues to remain more or less stable at 43.92 lakh hectares. Nearly 55% of the cropped area in India is dependant on rains.
It is still early days for the monsoon and the situation might improve in the days to come and that will lead to more sowing. A bad monsoon doesn’t necessarily mean that agricultural productivity will fall and will lead to a lower production of kharif crops. Why is that the case? As Chetan Ahya and Upasana Chachra of Morgan Stanley write in a recent report titled El Nino Impact on India’s Farm Output “In 2009, even with a 22% deficient rainfall trend, agriculture output did not decline on a year on year basis then.”
This means the agricultural output in 2009 was not lower than that in 2008, even though the monsoon was 22% lower than normal. The IMD expects the monsoon this year to be 7% lower than normal. Given this, the agricultural productivity should not be impacted much.
As Ahya and Chachra explain “while North Western India is likely to face the largest shortfall, it is also the most irrigated region and currently has full reservoir levels. Even in 2009, the impact on the region’s food production was minimal. Hence, North West India (comprising Punjab, Haryana and Western UP), which produces most of the Kharif season (summer crop) rice, should see a near normal crop.”
What this means is that rice production is unlikely to drop. What also helps is the fact that the Food Corporation of India(FCI) as on June 1, 2014,had a rice stock of 20.6 million tonnes. The government recently decided to unload around 5 million tonnes of this stock on to the open market in order to control inflation. Even after that a stock of 15.6 million tonnes of rice still remains.
Over and above this, the FCI will buy more rice in the coming months. Hence, unless the government ends up buying much more rice than it needs (as it has in the past) to run its various programmes, the price of rice should remain stable. By buying much more rice than it needs the government in the past ensured that a lesser amount of rice landed up in the open market and that led to a rapid rise in its price.
Further, the Modi government also needs to ensure that it does not raise the minimum support price of rice at the same rate as the Congress led UPA government had done in the past.Every year the government of India sets a minimum support price for rice and wheat. At this price, it buys rice and wheat from farmers, through the FCI and other state government agencies.
In 2005-2006, the MSP for common paddy(rice) was Rs 570 per quintal. By 2013-2014 this had shot up to Rs 1310 per quintal, an increase in price of around 11% per year. In comparison, between 1998-1999 and 2005-2006, the MSP of rice had increased at the rate of 3.8% per year.
If these steps are taken the price of rice will remain stable.
But what about the other kharif crops? Oil seeds and pulses are largely grown in south and central India. The irrigation facilities in this region are no so well developed as Punjab and Haryana. Also, the reservoir levels in these areas are a concern. “Consequently, price pressures for these items [i.e. pulses and oil seeds] may build up. India may potentially need to import pulses to meet the shortfall in production,” write Ahya and Chachra. The scenario on the oil seeds front is looking particularly weak given that sowing has fallen by 84.9% in comparison to last year. This after central India has received 52% lower rainfall than normal until now. The number in case of south India stands at 27%.
“The overall farm output growth is unlikely to contract”, feel the Morgan Stanley analysts, even though things could get difficult on the pulses and the oil seeds front. But the real worry is the drought psychology setting in. As T N Ninan writesin a column in the Business Standard “A drought does not reduce agricultural output with the frequency of an earlier age. In fact, the agricultural sector managed to show marginal growth in both the last two difficult years – helped by the spread of irrigation and other drought-proofing measures.”
Hence even with a bad monsoon, a water shortage is unlikely. “For all one knows, cereal production may increase yet again. The real danger is of drought psychology setting in and sending prices skyward, as has already happened with onions and potatoes,” writes Ninan.
And that is something that Modi government will have to tackle through better communication.

The column originally appeared on www.firstbiz.com on June 23, 2014