(Vivek Kaul is the author of the soon to be published Easy Money. He tweets @kaul_vivek) 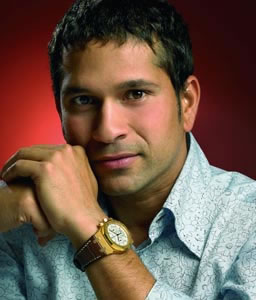 Every time an Indian team for one day internationals is announced, loud cries are made for Sachin Tendulkar to retire from this form of the game. Tendulkar being Tendulkar has to come out and clarify that he is in no hurry to retire and it is he who will decide when he wants to retire.
The logic behind Tendulkar retiring is simple. Unless he retires youngsters like Rohit Sharma and Manoj Tiwary can’t hope to play regularly for the Indian cricket team. Fair point.
The situation is a tad like it was with Kapil Dev in the early 1990s. Because he wouldn’t retire the likes of Javagal Srinath and Venkatesh Prasad had to wait longer before they became regular in the Indian cricket team. Srinath did not play his first test in India till he was 26. Prasad made his test debut in England at the age of 27.
Like Dev took his time to retire, even though he was way beyond his best, so will Tendulkar. And the answer for this is a little more complicated than is normally made out to be. Money and fame are the usual reasons offered for the inability of cricketers to retire when they are at their peak. Sunil Gavaskar retired from all forms of cricket when he was at his peak in 1988. But at that point of time the money in cricket wasn’t huge to keep a cricketer going just for the money. Gavaskar probably made more money from commentating over the years than he made from cricket.
But now things have changed. There is a lot of money to be made by playing cricket as well as being a brand ambassador for products. And companies will be interested in having a cricketer as their brand ambassador for their products as long as he is playing cricket. After a cricketer retires his potential to make money from advertisements does come down considerably.
Hence money is a genuine reason for a cricketer like Sachin Tendulkar looking to prolong his career, but there is more to it than just that.
Cricketers, especially the good ones, are performers who have honed their skills over the years. Also at some level they are obsessed with the game and have never really had a life beyond it. So it’s natural to expect them to continue as long as their body allows them to.
Imran Khan, who has asked Sachin to retire several times by now, played the game till the age of 40, leading Pakistan to a world cup victory. Geoff Boycott, Bobby Simpson and Lance Gibbs played cricket even in their forties, though modern cricket has rarely seen anyone playing after they have touched forty.
There are examples from other sports as well. Martina Navratilova played and won the mixed doubles titles at the Australian as well as Wimbledon at the age of 46 years and eight months, in 2003. This made her the oldest Grand Slam champion ever. Her partner in both the wins was Leander Paes.
Paes who is now nearing 40 is still very active on the doubles circuit. He told Times of India last year that Navratilova’s inspiring words “age is no barrier”, kept him going. Jimmy Connors, another tennis great, kept going till he was 40.
There are examples from other aspects of life where people who have been brilliant and successful at what they do, want to continue as long as possible. Take the case of former editor, writer and India’s most famous columnist Khushwant Singh. Every time he comes out with a new book he says this is his last one and then comes out with another one. Singh is 97 and still going strong with his writing. Another excellent example is that of R K Laxman who regularly drew cartoons for The Times of India till a couple of years back, even though he was in his late 80s.
Lata Mangeshkar lent her voice to heroines in their 20s even though she was well into her 70s. This despite the fact that she has sounded out of sync since the songs of Hum Aapke Hain Kaun came out in 1994. The same is true about her sister Asha Bhonsle.
These are people who are obsessed with what they do and hence expecting them to retire from doing the only thing they are good at, is not possible. Tendulkar is in the same category of people.
So where does that lead us to? Cricket Australia.
Cricket Australia is the Australian Cricket Board and is known to crack the whip when cricketers who it feels are beyond their best, do not want to retire. It has done that in the past to Steve Waugh and Matthew Hayden. Waugh, the greatest rescue act that test cricket has ever seen, was first dropped from the ODIs and then made to retire from tests as well. Recently Ricky Ponting was made to retire from ODIs, when the board felt that Ponting did not deserve a place in the team.
Given this, the ball is in the court of the Board of Control for Cricket in India. If they feel Sachin Tendulkar no longer deserves a place in the Indian ODI team then they have to either ask him to retire from the game or drop him. But then that’s easier said than done. Such is the greatness of the man it is impossible to expect any selection committee to drop him and risk facing the ire of crores of Sachin fans.
In the meanwhile the circus will continue. ODI teams will be announced. Calls will be made for Tendulkar to be dropped. And Tendulkar will come out and clarify that he is the best judge of when he should retire from the game.
But this is simply untrue. Tendulkar won’t go by himself; he will have to be pushed.
(The article originally appeared on www.firstpost.com on July 7,2012. http://www.firstpost.com/sports/why-sachin-wont-go-hell-just-have-to-be-pushed-370772.html)
(Vivek Kaul is a writer and can be reached at [email protected])