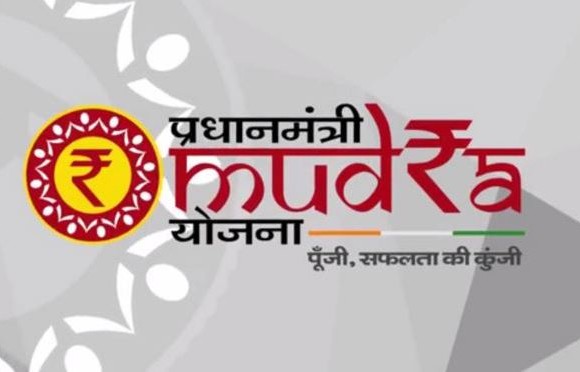 In his fourth Independence Day speech on August 15, 2017 as Prime Minister, Narendra Modi said: “Over the past three years, Pradhan Mantri Mudra Yojana has led to millions and millions of youth becoming self-dependent. It’s not just that, one youth is providing employment to one, two or three more people.”

Similar views were expressed by Amit Shah, the president of the Bharatiya Janata Party in May 2017, when he said: “We have tried to give new perspective to employment as it is not possible to provide employment to everyone in a country of 125 crore people. We are promoting self-employment and the government has made eight crore people self-employed.”

These remarks emerge out of the assumption that each loan given under the Pradhan Mantri Mudra Yojana(PMMY, and more popularly referred to as a Mudra Loan), leads to the creation of at least one self-employment opportunity. Is that correct? Let’s take a look at Table 1.

Table 1, tells us that up until early September 2017, close to 9 crore loans have been disbursed under the PMMY. When Shah had made the statement in late May, he had perhaps claimed on the basis of this data that the government had made 8 crore people self-employed.

What does Table 2 tell us? It tells us that the average loan being given under the PMMY has jumped from Rs 39,405 in 2015-2016 to around Rs 46,528 in the current financial year. Now let’s take a look at the data at a more granular level in Table 3, focusing on two previous financial years.

As can be seen from Table 3, in the previous two financial years, the total number of loans given to new entrepreneurs stood at 2.25 crore. This amounts to a little over 30 per cent of the total loans. Hence, the claim that 8 crore self-employment opportunities have been created because of PMMY loans doesn’t really add up. A bulk of the loans has been given to people who are already self-employed.

We can see from Table 4 that the most basic Shishu loans over the last two financial years formed around 92-93 per cent of the total loans. Now look at Table 5, which basically tells us the average amount of loan taken under each of the different kind of loans.

The Shishu loans on an average amounted to Rs 19,400 in 2015-2016 and Rs 23,300 in 2016-2017. This basically means that the average loan given under PMMY is very small. It is highly unlikely that such a small amount of capital can create any employment. Hence, it might act more as an overdraft facility for the self-employed (such as Kisan Credit Cards for farmers) than be able to create employment. Also, whether the new entrepreneurs who have taken PMMY loans continue to survive as entrepreneurs, is an interesting question which researchers need to explore.

It is worth pointing out that many self-employed people in India are not self-employed by choice. Economists Abhijit Banerjee and Esther Duflo call them ‘reluctant entrepreneurs’. They do not have a choice. This can be understood from the fact around 46-47 per cent of the Indian workforce is self-employed. Take a look at Table 6.

To conclude, the CEO of Mudra (Micro Units Development & Refinance Agency Ltd.) in an interview to a private media house, when asked the question on the number of jobs created by the Mudra loans, had said: “We are yet to make an assessment on that… We don’t have a number right now, but I understand that NITI Aayog is making an effort to do that.”

In such a situation, the hypothesis of the government that Mudra loans are making crores of youth self-dependent seems to be flawed. It seems more of a political gimmick, because remaining in power is more important than working to allay the distresses of those who are still seeking employment.

This originally appeared in Newslaundry on September 21, 2017.