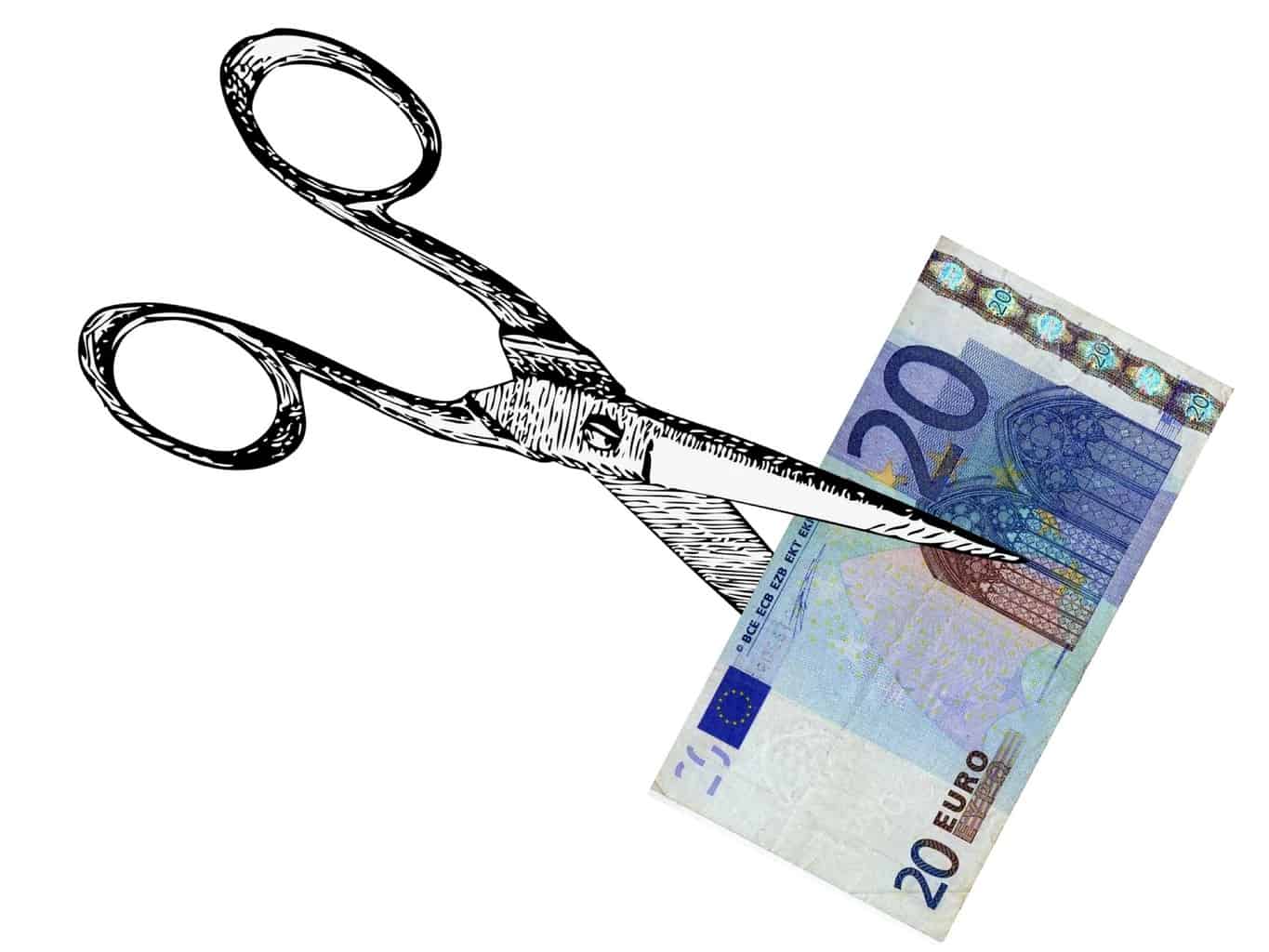 In the end everything boils down to it.

In the run up to the annual budget of the union government presented by the finance minister Nirmala Sitharaman, on February 1, many economic commentators suggested that the government should resort to a one-time billionaire tax.

The idea being that the stock market has rallied big time during the course of this financial year. Hence, while the income of the average Indian has fallen thanks to the economy contracting, the super-rich have become richer.

This one-time tax could fund a lot of extra expenditure in the budget in 2021-22, as the government tried to act as the spender of the last resort in an environment where private spending has slowed down and industrial expansion isn’t happening at the same pace as it was.

If you are the kind who practices first level kind of thinking, this makes perfect sense. The rich have grown richer. So, let’s take money from them and give it to those who need it. It also leads to greater equality, at least in your head. This kind of Robinhood thinking has prevailed for centuries. Hence, there is no reason for it to go away in 2021.

Nevertheless, if you are the kind who practices second level thinking and at the same time thinks about the incentives on offer, you would know that something like this doesn’t make sense and is also unlikely to happen.

Let’s try and understand this pointwise.

1) It is important to understand that billionaires don’t have cash lying around to pay this tax. So, one way they would have raised cash to pay this tax would have been to sell some of their shares. Of course, given the sudden increase in supply of shares in the market could have led to the stock prices falling.

2) Actually, more than the billionaires selling their stake to pay up the tax, the stock market would have seen this move of the government in a negative way and sold off, even before billionaires would have started thinking about how to pay the tax. In fact, in the run up to the budget, the stock market did worry about new taxes and there was a sell off last week. This was its way of telling the government, please, no new taxes. It has been rising this week, since it realized that no news on the tax front is good news.

4) These were the near-term reasons. But there are more issues at play here. Most Indian billionaires finance political parties both on record and off record. In their eyes they are already paying a billionaire tax. A lot of this money finds its way into the economy and is spent, during election time. In that sense, billionaire money is pump priming some part of the Indian economy all the time, given that elections to state governments happen every year.

Of course, no billionaire does this as a social service. They are looking for a quid-pro-quo from the government. That needs to be kept in mind as well.

5) It’s important to look at this entire idea from the point of view of the incentive at play for a politician as well. Politicians exist to win elections. For this they need money, a massive amount of it. They can’t win elections by spending money within the limits set by the Election Commission. Where does this money come from? To a large extent from billionaire businessmen who operate in spaces where they need to deal with government all the time. Hence, why would any politician in his or her right mind try to disturb this equation by irritating the main funders through a high one-time income tax. It just doesn’t make any sense.

6) Finally, a high-income tax, one-time or otherwise, is always a bad idea. One it leads to a narrative of inconsistent tax policy, which the Indian government anyway suffers from. Two, it also leads to high income earners, who can leave the country to leave the country, and move to tax havens. The highest income tax rate in the country currently is greater than 40%. Hence, not surprisingly, a whole bunch of high-income earners have moved or want to move to places like Dubai. This obviously means they no longer pay their income tax in India.

Given these reasons a billionaire tax didn’t make any sense. Having said that, there is a case for clear rationalization of tax rates that is needed. You can’t have a small proportion of the salaried paying the highest marginal rate of more than 40% or even 30%, whereas those who can use the benefit of indexation while paying income tax, not paying any tax at all or a very low rate of tax. This needs to be corrected.

Yesterday, while watching my 12th budget speech, at around noon, I fell asleep. The dozen years of watching long and boring budget speeches finally caught up with me.

When I woke up at 1.30 pm, I was extremely hassled at having missed the budget speech, only to realise that I hadn’t missed much.

As far as budgets go, the finance minister Arun Jaitley’s fourth budget was a fairly straightforward one. And dear reader, if you haven’t bothered following it up until now, there is nothing more you need to do, than just read this piece.

So, here are the seven most important things that you need to know about the budget:

a) For incomes between Rs 2.5 lakh and Rs 5 lakh, the rate of income tax has been reduced to 5 per cent. Earlier it was at 10 per cent. This would mean that anyone having a taxable income of Rs 5 lakh or more will pay a lesser tax of Rs 12,500.

b) The finance minister also said that he plans to introduce a simple one page tax return form for individuals having a taxable income of up to Rs 5 lakh other than business income. This promise of simplifying the income tax return form has been made in the past as well. Let’s see how properly it is implemented.

c) Data from past income tax returns shows that during the financial year 2013-2014 only 23.7 lakh individuals declared income from house property i.e. rental income. This basically means that most landlords do not declare their rental income while filing their returns.

Now on, any individual paying a rent of greater than Rs 50,000 per month, will have to deduct a tax of 5 per cent at source. As Sandeep Shanbhag, director of Wonderland Consultants, a tax and investment advisory firm, puts it: “It is also proposed to provide that such tax shall be deducted and deposited only once in a financial year through a challan-cum-statement.”

d) In its war against cash, the government has made it mandatory that no transaction above Rs 3 lakh will be permitted in cash. One thing that it missed out on here is the fact that gold worth lower than Rs 2 lakh can still be bought without showing any identity proof. In fact, this is how jewellers converted demonetised Rs 500 and Rs 1,000 notes into gold, on the night of November 8 and November 9, 2016, when the Modi government suddenly demonetised these notes.

e) Currently, a long-term capital gains tax on immovable property or real estate has to be paid, only if it has been held for three years. The capital gains made on any property sold in less than three years is added to the income for the year and taxed at the marginal rate of tax. The government has decided to reduce this holding period to two years. This is good news for those looking to sell homes bought anywhere between two to three years back.

g) The government has also inserted a section into the Income Tax Act which essentially states that: “set off of loss under the head “Income from house property” against any other head of income shall be restricted to two lakh rupees for any assessment year.” What does this mean? If you have a bought a home by taking on a home loan and are living in it, then you don’t need to worry. Currently, a deduction of Rs 2 lakh can be made against other heads of income for paying interest on a home loan. This continues.

As Shanbhag puts it: “Interest paid on housing loan could be set off against other income (say salary) i.e. the loss from house property could be adjusted against salary income to reduce the final tax liability. On second homes, this was much more significant as the entire interest without any limit (after first adjusting against a real rental income or a notional rental income in case the house was not rented) could then be further adjusted against incomes from other heads (like salaries etc).” Thus, the tax to be paid, could be massively brought down.

As Shanbhag further puts it: “Now, this adjustment against other heads of income has been restricted to Rs 2 lakh per year. Any unabsorbed interest can be carried forward but then will be subject to similar restrictions the following year. In one stroke, the tax arbitrage related to the housing sector has vanished.”

The government has basically plugged a loophole. Hence, now irrespective of the number of home loans that an individual has, the set off cannot be more than Rs 2 lakh.

The column originally appeared in Bangalore Mirror on February 2, 2017