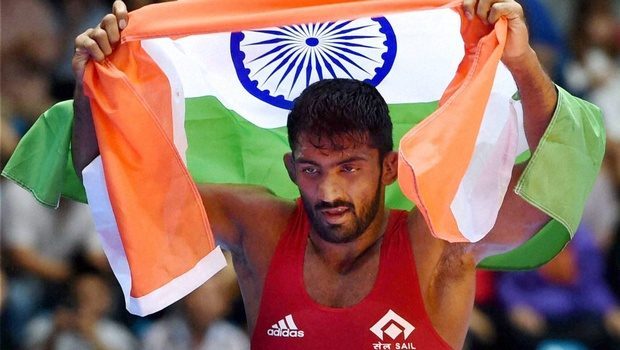 The wrestler Yogeshwar Dutt came in for a happy surprise recently. The bronze medal that he had won at the London Olympics in 2012, is all set to be upgraded to a silver medal.

This has happened because the silver medal winner Besik Kudukhov’s dope test recently turned out to be positive. Kudukhov died in a car accident in 2013. Nevertheless, his sample from the 2012 London Olympics had been preserved and was tested again, before the recently concluded Olympics in Rio de Janeiro in Brazil.

Coming on back of Dutt’s disappointing performance in Rio, the silver medal would have indeed made the wrestler very happy. But typically the silver medallists at Olympics tend to be an unhappier bunch.

The Olympic bronze medallists tend to be happier in comparison to the silver medallists. Indeed, this is surprising but true. In a research paper titled When Less Is More: Counterfactual Thinking and Satisfaction Among Olympic Medallists, V.H. Medvec, S.F.Madey and T. Gilovich, provide the example of Abel Kiviat, a 1,500 metres silver medallist in the 1912 Olympics, held in Stockholm. Kiviat represented the United States.

The fact that he came second rattled him till almost the end of his life. As Medvec, Madey and Gilovich point out: “Kiviat had the race won until Britain’s Arnold Jackson “came from nowhere” to beat him by one-tenth of a second. “I wake up sometimes and say, ‘What the heck happened to me?’ It’s like a nightmare.” Kiviat was 91 years old when he said this in an interview with the Los Angeles Times.” Not winning the gold medal turned out to be a lifelong regret for Kiviat. It rattled him in his 90s. Kiviat died at the age of 99.

In fact, the authors studied the 1992 Olympics Games in Barcelona and came to the conclusion that those winning bronze medals seemed happier than the ones winning the silver medal. And this went against conventional logic. As they write: “Olympic competition involving bronze and silver medal winners—in which those who perform better nonetheless feel worse. On the surface this result is surprising because an underlying premise of all serious athletic competition is that athletes should strive as hard as they can, and that the higher they finish the better they feel.”

Nevertheless, that is not how things eventually turn out. And this goes against conventional wisdom. But the thing is that the silver medallists are thinking about the gold that could have won whereas the bronze medallists are looking at everyone below them, who did not win anything.

Their reference points are totally different. As Michael Foley writes in The Age of Absurdity—Why Modern Life Makes It Hard To Be Happy: “Little in human psychology is simple…Consider the differentials. Bronze is aware of only the vast gap between itself and the unmedalled many not even close to the podium – whereas silver sees only gold one hateful step up.”

In fact, the closer the silver medal winner was to winning the gold the unhappier he or she would feel about it.

And that is why the bronze medallists at the Olympics are happier than the silver ones. Though this seems counterintuitive initially, it makes immense sense after one digs a little more into it.

This does not in any way mean that coming second always leads to lesser satisfaction than coming third. As Medvec, Madey and Gilovich write: “Finishing second is truly a mixed blessing. Performing that well provides a number of direct benefits that increase our well being—recognition from others, boosts to self-esteem, and so on. At the same time, it can indirectly lower satisfaction by the unfortunate contrast with what might have been.”

So where does that place Yogeshwar Dutt? In fact, it makes him a silver medallist who should be happy about it, given that he had been a bronze medal winner for close to four years. His reference point is different than that of other silver medallists.


The column originally appeared in the Bangalore Mirror on September 7, 2016