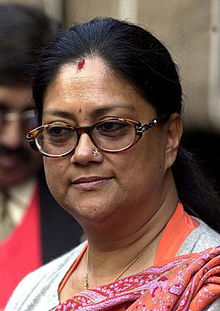 On April 4, 2016, the Rajasthan assembly passed the Rajasthan Urban Land (Certification of Titles) Bill. This legislation will give a statutory backing to land records. In the process Rajasthan became the first Indian state to enact a law on property titles.

Indeed, this is a big move. What we have in India up until now is what urban planner Swati Ramanathan calls presumed ownership. In a recent column in Mint she explains this: “What we have in India today is a system of “presumed ownership”. The notion that a “sale deed” is proof of ownership is misplaced. The registration of property at the stamps and registration department merely acknowledges that a transaction has taken place between two parties. It does not verify or guarantee that the seller is indeed the indisputable owner, nor that the buyer is now indisputably the new owner.” This explains why so many property cases end up in court. With clear property titles, this is less likely to happen.

With the Bill being passed, the Rajasthan government will have to get around to setting up the Urban Land Title Certification Authority.

Anyone who wants a land title will have to apply to this authority. The act of applying for a title to this authority is voluntary. As the Section 23 of the Bill points out: “As soon as may be, after the receipt of application…the Certification Authority shall scrutinize the information and the documents furnished by the applicant and seek their verification from the relevant record maintained by the State Government or any other authority to satisfy himself about the veracity of the information and authenticity of such documents.”

If the Land Title Certification Authority is satisfied “about the veracity of the information and authenticity of such documents” it will certify the “status of applicant as lawful holder of title of the urban land specified in the application.” This initial provisional certificate will be valid for a period of two years.

If during the period of two years no counter claim or objection is received by the Land Certification Authority, it will after the two years are over, issue a permanent certificate of title for the land. The state government shall stand as a “guarantor for the genuineness and authenticity of the title”.

This data will be maintained on the Computerized Land Evaluation and Administration of Records (CLEAR), a central system of electronic data storage. If the entire system works as it is envisaged to, then the number of property disputes are likely to come down, given that people will have a clear title to the land that they own. This will be guaranteed by the state government.

As he writes in The Mystery of Capital—Why Capitalism Triumphs in the West and Fails Everywhere Else: “Why can’t buildings and land elsewhere in the world also lead this parallel life?…My reply is: Dead capital exists because we have forgotten that converting a physical asset to borrow money to finance an enterprise for example – requires a very complex process.”

The presence of clear land titles essentially simplifies the entire idea of being able to borrow against what Soto calls dead capital. As he writes: “Any asset whose economic and social aspects are not fixed in a formal property system is extremely hard to move in the market. How can the huge amounts of assets changing hands in a modern market economy be controlled if not through a formal property process?”

The lack of a formal property process hurts. As de Soto writes: “Without such a system, any trade of an asset, say a piece of real estate, requires an enormous effort just to determine the basics of the transaction: does the seller own the real estate and have the right to transfer it? Can he pledge it? Will the new owner be accepted as such by those who enforce property rights?”

In this scenario, it becomes difficult to sell land/building as well as raise capital by borrowing against it. Once the titles become clear and the government guarantees it, the problem gets solved.

Akhilesh Tilotia makes a similar point in his book The Making of India. As he writes: “Hernando de Soto…points out that many small entrepreneurs lack legal ownership of their property, making it difficult for them to (1) obtain credit to expand or (2) sell their business when either they or their businesses have run the course. The existence of such massive exclusion generates two parallel economies: legal and extra-legal. An elite minority enjoys the economic benefits of law and globalization, while a majority of the entrepreneurs are stuck in poverty, where their assets languish as dead capital.”

This can be corrected with a proper system of land titles. As Tilotia writes: “India, with its 120 million small and marginal cultivators and 8.5 million retail(mom-and-pop) outlets requires strong land title records to help these entrepreneurs to prosper and gain benefits of economic growth.”

If what has started in Rajasthan spreads to other parts of the country including rural India, there are other benefits as well. The average size of agricultural land-holding has been falling over the decades. As per Agriculture Census of 2010-11: “The average size of holdings for all operational classes (small & marginal, medium and large) have declined over the years and for all classes put together it has come down to 1.16 hectare in 2010-11 from 2.82 hectare in 1970-71.”

As the same land is divided between more and more family members over the generations the average holding has fallen dramatically. Further, as per Agriculture Census 2010-11, small and marginal holdings of less than 2 hectare account for 85 per cent of the total operational holdings and 44 per cent of the total operated area. This could have only gotten worse since 2010-11.

Clear land titles can play a part here. As de Soto writes: “In a developed country, the farmer’s son who wishes to follow in his father’s footsteps can keep the farm by buying out his more commercially minded siblings. Farmers in many developing countries have no such option and must continually subdivide their farms for each generation until the parcels are too small to farm profitably.”

To conclude, it is important that what has started in Rajasthan starts to spread in other parts of the country as well and other states get around to passing a similar law.

The column originally appeared on Swarajya Mag on April 14, 2016