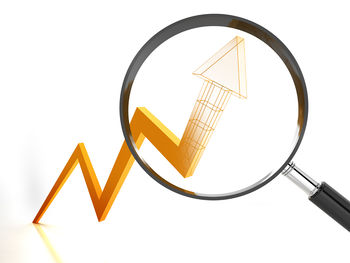 Every year a day before the central government presents its annual budget, it presents the annual Economic Survey. This year was no different. Buried in the Economic Survey is one number which basically tells us all that is wrong with the Indian government.

As the Survey points out: “The Budget for 2016-17 indicates that there are about 950 central sector and centrally sponsored sub-schemes in India… If the states were included, the number of schemes would be orders of magnitude larger.”

What does this tell us? It tells us that it is very easy for the governments (both central as well as states) to launch design and launch a scheme. As Devesh Kapur writes in an essay titled The Political Economy of the State: “Each centrally sponsored scheme has the resources of a particular central ministry to call upon to aid in its design, stipulate conditions for disbursement and so on.”

This explains the fact why there are 950 central government schemes because it is very easy to launch a new scheme. The trouble is in the implementation. As Kapur writes: “The delivery is necessarily by the local administration (the district administration and, now increasingly by the Panchayati Raj Institutions). Few states have the administrative capacity to access grants from [so many] schemes, spend money as per each of its conditions, maintain separate accounts and submit individual reports.”

What does not help is the fact that the poorest districts and states which need the maximum assistance do not get maximum assistance.  As the Economic Survey points out: “In many cases, the poorest districts are the ones grappling with inadequate funds – this is evidence of acute misallocation. Many districts in Uttar Pradesh, Bihar, Chhattisgarh, parts of Jharkhand, eastern Maharashtra, Madhya Pradesh and Karnataka, among others, account for a large share of the poor and receive a less-than-equal share of resources.”

In fact, the Survey offers evidence for some of the largest central government sponsored schemes. Take the case of the Mahatma Gandhi National Rural Employment Guarantee Scheme(MGNREGS). The 40 per cent of the poorest districts in the country receive only 28 per cent of the assistance under MGNREGS. In case of the Mid-Day Meal Scheme, the poorest 40 per cent of the districts get just 20 per cent of the money spent under the scheme. As the Survey points out: “For instance, consider the states of Bihar, Madhya Pradesh, Rajasthan, Orissa and Uttar Pradesh: despite accounting for over half the poor in the country, these states access only a third of the resources spent on the MGNREGS1 in 2015-16.”

The question is why is this happening? As the Survey points out: “One major explanation for misallocation is state capacity – resources allocated to districts are often a function of the district’s ability to spend them; richer districts have better administrative capacities to effectively implement schemes.”

Hence, the poorer areas do not get as much money under these schemes as they should. The richer districts have better administrative capacities to spend the money allocated under these schemes. And given that they get more money to spend. As Kapur writes: “[The] administrative capacity is even more limited in those states where the need is the most. Monitoring is rendered difficult not just because of the limitations in the monitors themselves, but the sheer number and dispersion of the schemes across communities and locations.”

This basically means that if some of these schemes are to be effectively implemented, in which the poorer districts with poor administrative capacity get their fair share, the number of schemes has to come down. In fact, most of the central government schemes have been around for 15 years and more than half of them are over 25 years old. This basically means that no exit option is exercised for schemes, and once a scheme is launched chances are it will keep going on for perpetuity. This makes the overall implementation of schemes significantly difficult.

A part of real economic reform would mean the central government acting on this front and bringing down the total number of schemes.

The column oiginally appeared in the Bangalore Mirror on February 8, 2017