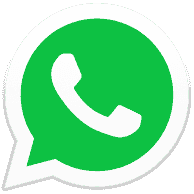 Cable TV came to India in late 1991 and early 1992. Before that large parts of the country could view only one television channel and that was the government owned Doordarshan.

Doordarshan continued to remain a force to reckon with as long as it had monopoly on news broadcasting. The irony was that most people who took their news seriously, would believe something only when they had heard it on BBC radio.

The rise of cable TV essentially ensured that people largely stopped watching Doordarshan, at least in urban areas. The other thing that happened was that people stopped tuning into short wave radio as well to listen to the BBC radio service.

Dear Reader, you must be wondering why am I writing about this, nearly two decades later? Is it a burst of nostalgia? Perhaps. But more importantly I am just trying to make a comparison. In the 1990s, people used to believe the BBC, which had inherently more credibility than anything else, now they believe whatever has been sent to them on WhatsApp.

I have had people arguing with me on the merits and demerits of demonetisation on the basis of long WhatsApp forwards that they have received. It’s like the 1990s when people wanting to push their point of view, they simply said that they had heard it on the BBC. Now, they say they have seen and read it on WhatsApp.

When I tell them that WhatsApp forwards can be motivated and essentially made up by those wanting to push a particular point of view, I get brushed aside. That’s the credibility that WhatsApp has these days, among many people.

As Roland Barthes writes in an essay titled The World of Wrestling which is a part of a collection of essays titled Mythologies: “The public is completely uninterested in knowing whether the contest is rigged or not, and rightly so: it abandons itself to the primary virtue of the spectacle, which is to abolish all motives and consequences: what matters is not what it thinks but what it sees.”

Hence, people see the WhatsApp messages, read them and believe them. They don’t question them in most cases. In fact, psychologists Amos Tversky and Daniel Kahneman conducted a very interesting experiment to show that people tend to go with what they see and end up being majorly wrong in the process.

Both the groups were essentially asked the same question, with only the order of digits being reversed. As Lewis writes: “Five seconds wasn’t long enough to actually do the math: The kids had to guess. The two groups answers should have been at least roughly the same, but they weren’t even roughly.”

Hence, depending on what they saw, the kids came up with what they thought the right answer was. Kahneman calls this what you see is all there is and that explains why people believe what they see and read on WhatsApp so much.

The column originally appeared in Bangalore Mirror on January 18, 2017.