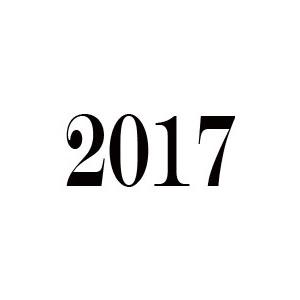 There is this inherent belief that come what may we will follow the resolution this time around. It doesn’t matter that we have abandoned many New Year resolutions over the years that have gone by. Or to put it slightly differently, there is a certain amount of optimism built into making New Year resolutions, year after year.

As Daniel Kahneman writes in Thinking, Fast and Slow: “Optimism is normal, but some fortunate people are more optimistic than the rest of us. If you are genetically endowed with an optimistic bias, you hardly need to be told that you are a lucky person—you already feel fortunate. An optimistic attitude is largely inherited, and it is part of a general disposition for well-being, which may also include a preference for seeing the bright side of everything.”

And this optimism essentially ensures that we keep making new year resolutions year and year. This general optimism about things spills over to other areas of life as well. In fact, many years back, there was a very interesting piece of research carried out by two American psychiatrists, Caroline Preston and Stanley Harris. They asked drivers to rate their skill, ability as well as alertness, the last time they were driving.

As Jason Zweig writes in Your Money and Your Brain about this research: “Just under two-thirds of drivers said they were at least competent as usual. Many described their most recent drive with terms like “extra good” or “100%.””

The trouble was all this did not make any sense. The researchers Preston and Harris had conducted all their research interviews on drivers who had started in their own cars but ended up in an ambulance, after an accident. “68% of these drivers were directly responsible for their crashes, 58% had at least two past traffic violations,… and 44% would ultimately face criminal charges,” writes Zweig. This after, only five out of the 50  drivers, admitted to the researchers for even being partially responsible for the crash.

This shows the general human tendency to be optimistic and overconfident about many things in life. In fact, a later survey with drivers who had a clean driving record, found that 93% of them felt that they were above-average drivers.

This optimism about oneself reflects in other areas of life as well. In fact, Zweig provides a very interesting example of how when he asks people about their savings while making speeches, they think that they save 1.8 times the average person. Of course, this is not possible.

On the flip side, optimism and overconfidence have positive aspects as well. It is the engine that keeps capitalism going. The larger point being that if people knew their odds of succeeding (or rather failing) while initiating a new thing, in many cases they would never do it at all.

As Kahneman writes: “More often than not, risk takers underestimate the odds they face, and do not invest sufficient effort to find out what the odds are. Because they misread the risks, optimistic entrepreneurs often believe they are prudent, even when they are not. Their confidence in their future success sustains a positive mood that helps them obtain resources from others, raise the morale of their employees, and enhance their prospects of prevailing. When action is needed, optimism, even of the mildly delusional variety, may be a good thing.”

Ultimately, any country goes from being a developing country to being a developed country, only if there are enough entrepreneurs out there dreaming about building a company and in the process creating jobs. Hence, optimism and overconfidence does have a role to play in everyday life.

The column originally appeared in Bangalore Mirror on December 28, 2016