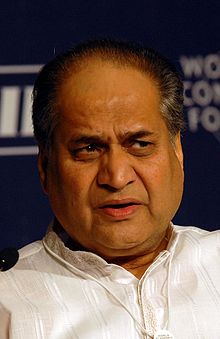 One of the things that I have recently been asked more than a few times is that why isn’t anyone else talking about the demographic dividend point that I have been making in the recent past.

The basic argument is rather straightforward. At a certain point of time, countries reach a stage where their working population grows much faster than their overall population. This means that there are more people who can earn and spend than those who need to be taken care of.

This trend typically lasts for two to three decades. When the people entering the workforce get jobs and save and spend money, the economy grows at a much faster pace than it has in the past. This faster economic growth helps pull out more and more people out of poverty. This is referred to as the demographic dividend.

An important assumption in the demographic dividend is that people who enter the workforce and are actually looking for jobs, are able to find jobs.

If this demographic dividend needs to be cashed in on, there need to be jobs for these people. Also, if a bulk of these people need to find employment, the jobs need to be in the unskilled and the low-skilled space.

The question is, are enough jobs being generated for the million Indians entering the workforce every month? The answer is no.

This is the basic point I have been making over the last few months. And this has led to the question, as to why others are not talking about it.

While, I have no control over why others are not talking about what I am talking about, it took me a while to understand why people are asking the question.

The way the human brain works, most of us deem something to be important only if more than a few people are talking about it. In this case, it seems I am the only one rattling on and on about an issue. And given that the question is, is it important enough? Or is it something which one cranky guy seems to have gotten into his head. Making that distinction is important. And this is where external validation comes in. Or whether others are also talking about the same thing.

That’s how human psychology works and I really cannot do much about. The question is why are others not talking about the risk to India’s demographic dividend? For the English language media, it is a question of us and them. People who are not finding jobs are not the ones who read the English language press.

Further, in India, nobody really stays unemployed. People do find a way of doing something. Either they become a part of the agricultural workforce where the disguised unemployment is very high. Or they become what economists Abhijit Banerjee and Eshter Duflo call reluctant entrepreneurs.

Over and above this, we do not have a good regular measure for unemployment. And given that unemployment rarely makes for news unlike a lot of other economic indicators like inflation, index of industrial production, fiscal deficit and so on.

Also, the demographic dividend not working out is a long-term trend. It is not going to have consequences overnight. Having said that, one consequence that has already started to playout is the land-owning upper castes in various parts of the country are now demanding reservations in government jobs.

I guess these are the reasons why others are not talking about this trend. Nevertheless, I recently came across someone who talked about what I have been talking about.

Industrialist Rahul Bajaj, wrote this in the 2015-2016 annual report of Bajaj Auto: “Each year, India is producing an extra 12 million young people of an age that makes them ready for the nation’s workforce. Unfortunately, while there is no doubt that we as a country can increase our GDP growth initially to 8% per annum and then hit a steady-state of around 8.5% for several years, everything seems to suggest that employment will not rise at anywhere close to that rate of growth.”

Nevertheless, I agree with everything else that Bajaj has written. As he further writes: “Indeed, all recent data across most manufacturing and service sector activities show that employment elasticities (namely, the percentage increase in employment for a percentage growth in value added) are not only less than unity, but often negative. Matters worsen if you juxtapose significantly greater skill and multi–tasking needs of the future with the inadequate educational and technical abilities of many who are entering the labour force — thanks to years of neglect of our schools, colleges and technical and vocational training institutions. How then can we expect to employ the majority of our youth even when we attain higher growth? And what will this do to inequality and social tensions? I don’t have ready answers. But as a nationalist in his seventh decade, I am concerned.”

All I can say to conclude this is that like Bajaj I am very concerned.

The column originally appeared in Vivek Kaul’s Diary on September 27,2016