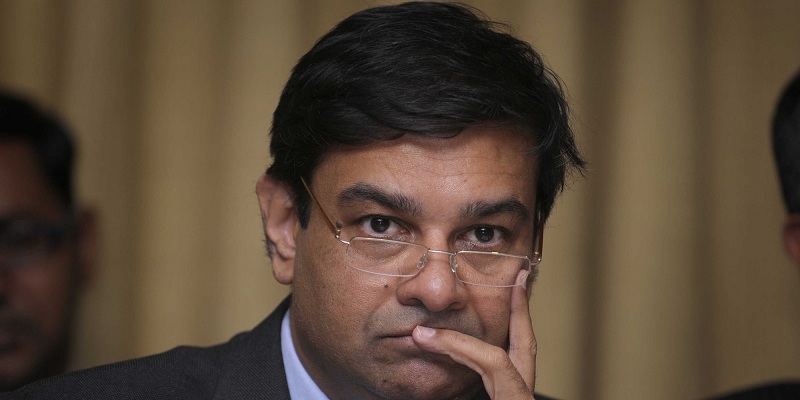 On Saturday, August 20, 2016, the Narendra Modi government appointed Urjit Patel, as the 24th governor of the Reserve Bank of India(RBI). He will take over fromRaghuram Rajan, on September 4, 2016.

Since Patel’s appointment two days back, a small cottage industry has emerged around trying to figure out what his thinking on various issues is. The trouble is that Patel has barely given any speeches, or interviews, for that matter, since he became the deputy governor of the RBI, in January 2013.

You can’t gauge much about his thinking from the speech which is two and a half pages long. As far as the interview goes, Patel has answered all of three questions. Some of his thinking can be gauged from the Report of the Expert Committee to Revise and Strengthen the Monetary Policy Framework¸ of which he has the Chairman. The report was published in January 2014 and ultimately became the basis for the formation of the monetary policy committee, which will soon become a reality.

There are also a few research papers that he has authored over the years.

Given this, Patel’s thinking on various issues will become clearer as we go along and as he interacts more with the media in the days to come. While he may have managed to avoid the media in his role as the deputy governor that surely won’t be possible once he takes over as the RBI governor. He may not make as many speeches as his predecessor did (which is something that the Modi government probably already likes about him), but there is no way he can avoid interacting with the press, after every monetary policy statement, and giving interviews now and then.

Given this, the policy continuity argument being made across the media about Patel being appointed the RBI governor, is rather flaky. There isn’t enough evidence going around to say the same. The only thing that can perhaps be said from what Patel has written over the years is that his views on inflation seem to be in line with Rajan’s thinking. Also, some of the stuff that is being cited was written many years back. And people do change views over the years. There is no way of knowing if Patel has.

The Challenges for the new RBI governor

While, his thinking on various issues may not be very clear, it doesn’t take rocket science to figure out what his bigger challenges are. Take a look at the following chart. It maps the inflation as measured by the consumer price index since August 2014.

The chart tells us very clearly that the inflation as measured by the consumer price index is at its highest level since August 2014. In August 2014, the inflation was at 7.03 per cent. In July 2016, it came in at 6.07 per cent.

Why has the rate of inflation as measured by the consumer price index, spiked up? The answer lies in the following chart which shows the rate of food inflation since August 2014.

What this tells us is that the inflation as measured by the consumer price index spikes up when the food inflation spikes up. And that is the first order effect of high food inflation. This becomes clear from the following chart.

But what can the RBI do about food inflation?

There is not much that the RBI can do about food inflation. And this is often offered as a reason, especially by the corporate chieftains and those close to the government (not specifically the Modi government but any government), for the RBI to cut the repo rate. The repo rate is the rate of interest that the RBI charges commercial banks when they borrow overnight from it. It communicates the policy stance of the RBI and tells the financial system at large, which way the central bank expects interest rates to go in the days to come.

The trouble is that things are not as simplistic as the corporate chieftains make them out to be. While, the RBI has no control over food inflation (and not that the government does either), it can control the second-order effects of food inflation.

As D Subbarao, former governor of the RBI, writes in his new book Who Moved My Interest Rate?-Leading the Reserve Bank of India Through Five Turbulent Years: “What about the criticism that monetary policy is an ineffective tool against supply shocks? This is an ageless and timeless issue. I was not the first governor to have had to respond to this, and I know I won’t be the last. My response should come as no surprise. In a $1500 per capita economy-where food is a large fraction of the expenditure basket-food inflation quickly spills into wage inflation and therefore into core inflation…When food has such a dominant share in the expenditure basket, sustained food inflation is bound to ignite inflationary expectations.”

Given this, the entire logic of the RBI cutting the repo rate because it cannot manage food inflation is basicallybunkum. Food inflation inevitably translates into overall inflation and that is something that the RBI has some control over, through the repo rate. If this is not addressed, second order effects of food inflation can lead to an even higher inflation as measured by the consumer price index. And this will hurt a large section of the population.

As Subbarao writes: “The Reserve Bank of India cannot afford to forget that there is a much larger group that prioritizes lower inflation over a faster growth. This is the large majority of public comprising of several millions of low-and-middle-income households who are hurt by rising prices and want the Reserve Bank to maintain stable prices. Inflation, we must note, is a regressive tax; the poorer you are, the more you are hurt by rising prices.”

But one cannot expect corporate chieftains who have taken on a huge amount of debt over the years, in order to further their ambitions, to understand this rather basic point. Given this, this hasn’t stopped them from demanding a repo rate cut from the new RBI governor. (You can read more about it here). The government has also made it clear over and over again that it wants the RBI to cut the repo rate. Given that, it is the biggest borrower, this is not surprising. Since January 2015, the RBI has cut the repo rate by 150 basis points to 6.5 per cent. One basis point is one hundredth of a percentage.

As Subbarao writes: “The narrative of our growth-inflation debate is also shaped by what I call the ‘decibel capacity’. The trade and the industry sector, typically a borrower of money, prioritizes growth over inflation, and lobbies for a softer interest-rate regime.”

The people who invest in deposits unlike the corporate chieftains are not in a position to lobby. But it is important that the RBI does not forget about them.

This was one of the bigger mistakes made during the second-term of the Manmohan Singh government.

As outgoing governor Raghuram Rajan told NDTV in an interview sometime back “When inflation was 9 per cent they [i.e. depositors] were getting 9 per cent. This meant earning nothing in real terms and losing everything in inflation.”

This wasn’t the case for many years. As Rajan explained in a June 2016 speech: “In the last decade, savers have experienced negative real rates over extended periods as CPI has exceeded deposit interest rates. This means that whatever interest they get has been more than wiped out by the erosion in their principal’s purchasing power due to inflation. Savers intuitively understand this, and had been shifting to investing in real assets like gold and real estate, and away from financial assets like deposits.”

Inflation up, savings down

Take a look at the following chart clearly shows that between 2008 and 2013, the real rate of return on deposits was negative. In fact, it was close to 4 per cent in the negative territory in 2010.

If a programme like Make in India has to take off, India’s household financial savings in particular and overall gross domestic savings in general, need to be on solid ground. And that is only going to happen if people are encouraged to save by ensuring that they make a real rate of return on their deposits. In fact, if India needs to grow at 10 per cent per year, an estimate made in Vijay Joshi’s book India’s Long Road suggests that the savings rate will have to be around 41 per cent of the GDP.

As Rakesh Mohan and Munish Kapoor of the International Monetary Fund write in a research paper titledPressing the Indian Growth Accelerator: Policy Imperatives: “In the near future, we expect financial savings to be restored to the earlier 10 per cent level, as inflation subsides, monetary conditions stabilize and households begin to obtain positive real interest rates on their deposits and other financial savings. Financial savings are then projected to increase gradually to around 13 per cent by 2027-32.”

And how is this going to happen? As Mohan and Kapoor point out: “A sustained reduction in inflation that leads to the maintenance of low nominal interest rates, but positive real interest rates, will help in restoring corporate profitability, while encouraging household savings towards financial instruments.”

The point is that a scenario where a positive real rate of return is available to depositors is very important. But is that how things will continue to be? Take a look at the following chart, which plots the repo rate and the consumer price inflation.

As can be seen from the graph, the difference between the repo rate (the orange line) and overall inflation (i.e. inflation as measured by the consumer price index) has narrowed considerably and is at its lowest level in the last two years. This effectively means that the real rate of return on fixed deposits offered by banks has been falling as the rate of inflation has been going up. (Ideally, I should have taken the average rate of return on fixed deposits instead of the repo rate, but that sort of data is not so easily available. Hence, I have taken the repo rate as a proxy).

This is not a good sign on several counts. In a country like India where deposits are a major way through which people save, high inflation leading to lower real rates of interest which effectively means that they are not saving as much as they should. This is something that most people do not seem to understand.

The economist Michael Pettis makes a very interesting point about the relationship between interest rate and consumption in case of China. As he writes in The Great Rebalancing: “Most Chinese savings, at least until recently, have been in the form of bank deposits…Chinese households, in other words, should feel richer when the deposit rate rises and poorer when it declines, in which case rising rates should be associated with rising, not declining, consumption.”

Now replace China with India in the above paragraph and the logic remains exactly the same. Given that a large portion of the Indian household financial savings are invested in bank deposits, any fall in interest rates (as the corporate chieftains regularly demand) should make people feel poorer and in the process negatively impact consumption, at least from the point of savers.

Given this, the biggest challenge for Urjit Patel will be to not taken in by all these demands for lower interest rates and ensure that the deposit holders get a real rate of interest on their fixed deposits.

The column originally appeared in Vivek Kaul’s Diary on August 22, 2016