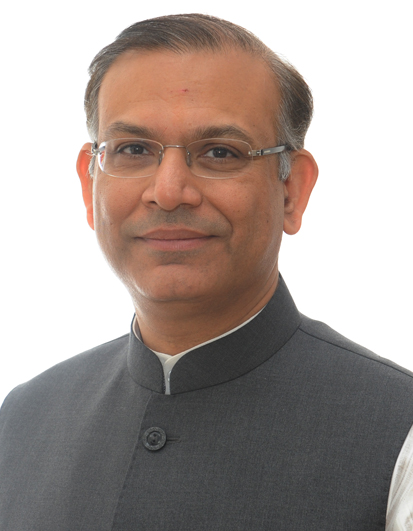 The Times of India reported on Saturday that Jayant Sinha, the minister of state for finance, had indicated to public sector bank chiefs that they were wasting public funds. Sinha said this at an offsite for public sector bankers organised at Gurgaon.

There is no point in trying to pass on the buck to the chiefs of public sector banks. Of course, it needs to be pointed out here that, the government in this case means both the Manmohan Singh government that governed until May 2014 and the Narendra Modi government which has been in power since then.

The current budget has made an allocation of Rs 25,000 crore for further capital infusion into these banks. As the finance minister Arun Jaitley said in the budget speech: “If additional capital is required by these Banks, we will find the resources for doing so. We stand solidly behind these Banks.” This was Jaitley’s way of saying that the government will do whatever it takes to keep these banks going.

This builds in a tremendous amount of moral hazard into the entire system. Economist Alan Blinder writing in After the Music Stopped says that the “central idea behind moral hazard is that people who are well insured against some risk are less likely to take pains (and incur costs) to avoid it.”

Hence, if the government keeps infusing capital into public sector banks and keeps rescuing them when they are in trouble, there is no real incentive on part of public sector banks to run a responsible, viable and a profitable business. This is moral hazard at play. It is not surprising that as of the end of December 2015, the gross non-performing assets of listed public sector banks stood at Rs 3.9 lakh crore.

The government is keen to hold on to these banks. As the Economic Survey pointed out: “The return on assets for most banks is currently less than one third of the norm of 1 per cent that is considered reasonable. Many, though not all, of the less profitable banks are those with smaller levels of employment.” Despite this, the government remains obsessed with the idea of owning 27 public sector banks.

There has been no effort made to sell out of these banks or even shut them down. The total employment in public sector banks currently stands at around 87,000 employees. Given this, shutting down some of the smaller banks which are in trouble, is not going to much of a difference, at least on the employment as well as the lending front. Further, no effort has been made to privatise them either.

Also, by trying to run 27 public sector banks, the government has spread itself too thin. As Kaushik Basu, current chief economist of World Bank and former chief economic adviser to the ministry of finance, writes in An Economist in the Real World: “One mistake early Indian policymakers made was to try to micromanage the economy. While it is true that the government needs to attend to a range of policies, from shipping to the quality of education in villages to managing the nation’s international economic relations, it is imperative to realize that it is not feasible for the government to attend all the varied and layered needs of society with equal diligence.”

As Basu further adds: “An intelligent government recognizes that no matter what kind of society it aims to build, it is hopeless to try to deliver it all by itself.” The point being it is a hopeless idea continuing to own and run 27 public sector banks. There are more important things that the government needs to be concentrating on.

The government’s big plan to solve the mess in public sector banks is to get banks to merge. As the finance minister Jaitley said over the weekend: “The bankers’ themselves have supported the proposal of consolidation of banks in order to have strong banks rather than having numerically large number of banks.”

The trouble now is that almost all public sector banks are in trouble, though of varying degrees. Hence, any merger would be effective if excess employees are fired, unviable branches shutdown and assets sold. Is the government willing to do this?

The way the Modi government has gone up until now, the answer is no. In this scenario the government will essentially end up merging two banks with small problems and end up creating one bank with a bigger problem. And that will mean basically postponing the problem, not solving it.

The column was originally published on Huffington Post India on March 7, 2016