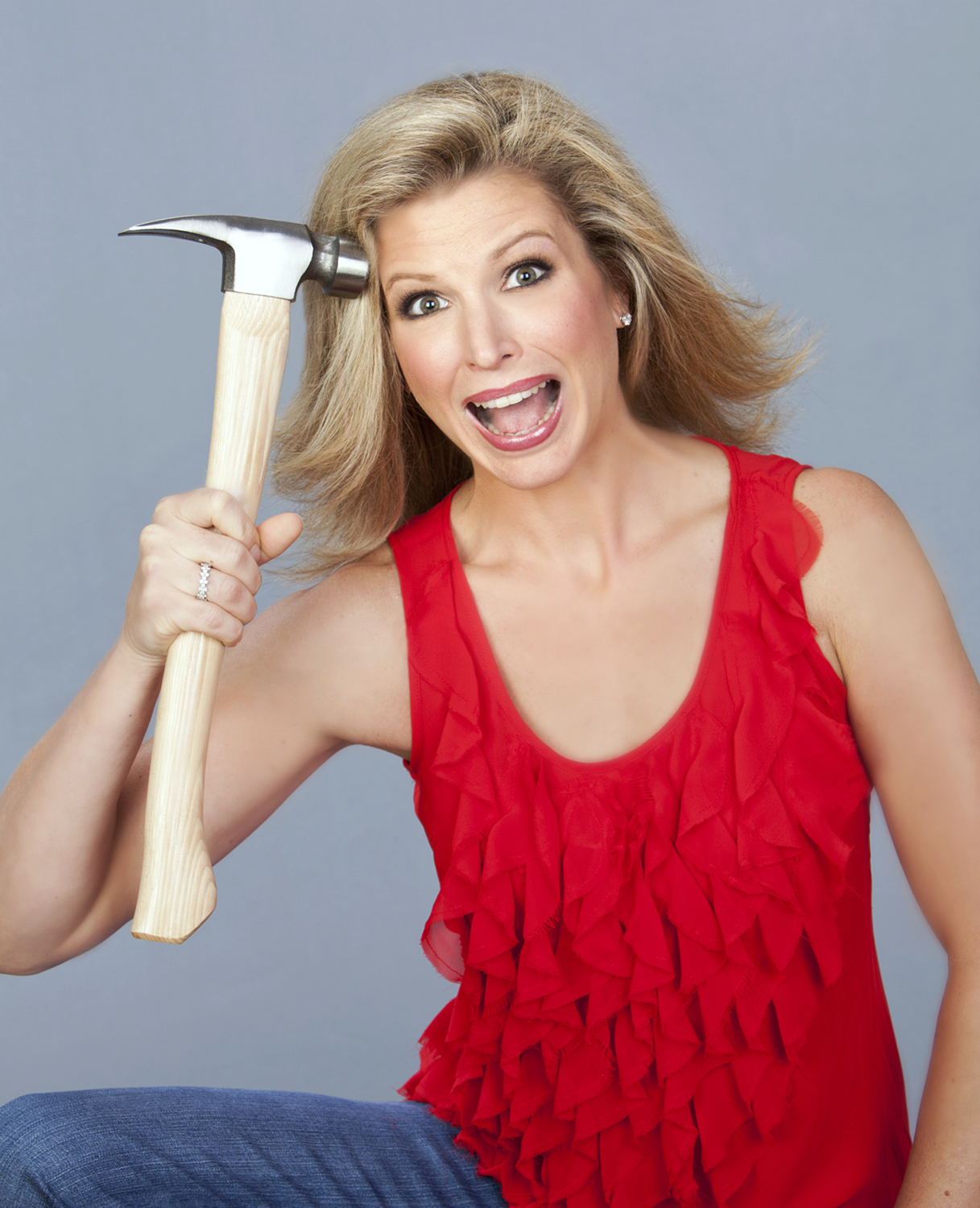 Laura Ries is a leading marketing strategist, bestselling author and television personality. In 1994, Laura founded Ries & Ries, a consulting firm with her father and partner Al Ries, the legendary Positioning-pioneer. Together they consult with companies around the world on brand strategy. With Al, Laura is the co-author of five books on branding that have been worldwide bestsellers. Her first solo book was Visual Hammer. Her latest book Battlecry was published in September 2015. In this interview she speaks to Vivek Kaul.

In the foreword to your new book Battlecry, Al Ries writes that “over time, companies drift sideways. They get into many different businesses and lose their focus.” Can you give us a few examples.

Dell was once the largest maker of personal computers with 17 percent of the global market. Today, Dell has fallen to third place with 13 percent. Dell stock once sold for $60 a share. Two years ago, was Dell bought out by a private-equity firm for $13.75 a share.

What caused Dell to collapse?


Expansion. Dell once sold computer direct to businesses. That was it. Then Dell started selling to the consumer market, including such products as television sets, digital audio players, computer printers and smartphones. The company also made many acquisitions in such areas as storage, services, data centers, security, virtualization, networking and software. In the three years from 2009 to 2012, Dell spent $12.7 billion on 18 acquisitions.

Why does this happen?


Because when you expand your brand, you weaken your brand.

How do you correct this mistake at the branding level?


First of all, a company should narrow its focus so it stands for something. Dell once stood for “Personal computers sold direct to business.” What does Dell stand for today? Nothing. As a result, Dell has to sell its products and services based on low prices.

Years ago, Dell had a powerful slogan. “Direct from Dell,” a slogan that implied that companies could save money by buying their PCs from Dell’s website. Furthermore, the slogan was memorable because it used “alliteration,” one of the five techniques mentioned in my Battlecry book that can increase memorability.

What is Dell’s slogan today?


“Better technology is better business.” That’s a generic slogan that could apply to any company.

So what did he do? He decided to focus on four-wheel-drive vehicles only. Sales declined the first two years, but then they took off. From 104,179 vehicles in 1993 to 515,693 vehicles in 2014, an increase of 393 percent. (The total automobile market in those 21 years increased only 19 percent.) In 1993, Subaru was the ninth-largest Japanese vehicle brand in the American market. Today, Subaru is the fourth largest, trailing only the big three: Toyota, Honda and Nissan.

So what is the moral of the story here?

It’s hard to find cases like Subaru because most brands are taken in the opposite direction. Companies expand their brands; they don’t contract them. That’s logical, but that’s not good marketing strategy.

Why do companies like formal words in their marketing campaigns? You recommend colloquial expressions. Why? A few examples would be great.

You also talk a lot about abstract words. Can you tell us a little bit about that and how they hurt a marketing campaign?


“The ultimate driving machine” made BMW the world’s largest luxury-vehicle brand. BMW could have said “The ultimate performance machine,” a broader and more inclusive slogan.

But “driving” is a word that can be visualized. (Two hands behind the wheel.) But “performance” cannot.

What is the difference between slogans that consumers remember and the ones that they don’t? How is related to the concept of Battlecry?

Two things make a slogan memorable: Money and memory-enhancing techniques. If you have enough money (and enough time), you can make any slogan memorable. “Just do it,” the Nike slogan, is memorable because Nike has spent billions of dollars to promote it over the past 27 years.

But most companies don’t have the resources of Nike. Nor do they have the time. What can they do?

They need to consider one of these five memory-enhancing techniques.

(1) Rhyme. Folgers became the No.1 coffee brand in America by focusing on breakfast with the slogan: “The best part of waking up is Folgers in your cup.”

(2) Alliteration. M&Ms became a leading candy brand by focusing on a feature of the brand with the slogan: “Melts in your mouth. Not in your hands.”

(3) Repetition. Federal Express, an air-cargo carrier, entered the American market to compete with the market leader, Emery Air Freight. FedEx (the current name of the company) decided to focus on overnight delivery. They could have said, “The overnight carrier.”

Instead, they used repetition to create memorability. “When it absolutely, positively has to be there overnight.” Within a few years, FedEx became the leader in the category.

(4) Reversal. Secret became the leading antiperspirant/deodorant for women with a simple reversal slogan: “Strong enough for a man, but made for a woman.”

(5) Double-entendre. This is perhaps the best way to create a memorable slogan. The two meanings contained in a single slogan oscillate back and forth in your mind, thereby creating memorability.

“A diamond is forever” is a typical example. A diamond (the hardest substance known to man) can presumably last forever. A love symbolized by a diamond can also last forever, too.

You write: “Apple is an enormously successful company…But it wasn’t because of abstractions like “Designed in California”.” What is it that you are trying to say here?


Even successful companies can fall into the trap of using grandiose, abstract words instead of down-to-earth specific words. Apple’s “Designed in California” campaign had exceptionally-low viewer ratings and was discontinued within a year.

Three successful brands made Apple the world’s most-valuable company. And they all used specific words or concepts in their introductions.

The iPod: “A thousand songs in your pocket.”

The iPhone: “The first touchscreen smartphone.”

The iPad: “The first tablet computer.”

Yet when Apple introduced the Apple watch, the company did not try to position the brand with specific words on concepts. Many people, including me, think the Apple watch will not turn out to be nearly as successful as the three brands that came before it.  A sign of trouble ahead: Apple regularly provides data on iPhone sales, but refuses to disclose Apple watch sales.

Why are companies in love with the word “innovation”?

Innovation, like many other abstract words, is both important and useless. Important in business and useless in marketing.

Inside a company, management should focus on innovation. Long-term, a company cannot be successful unless it is innovative. When it communicates to prospects on the outside, however, it should forget about innovation. That’s inside-out thinking. Instead, companies should practice “outside-in thinking.” Start with the mind of the consumer and try to fill an open hole in the mind. “Innovation” is a typical abstract word that has no real meaning for consumers. Instead, a company should look at its innovative product and try to express that innovation in specific words like “The first touchscreen smartphone.”

But that doesn’t seem to be happening…

Many, many companies, however, continue to try to pre-empt “innovation” in their marketing slogans. Some recent examples:
ASUS: Inspiring innovation. Persistent perfection.

Firestone: A tradition of innovation.

How can a slogan provide protection from future competition?

A slogan can build a brand. And a strong brand is the best protection a company can have from future competition.

How do you build a brand that will last a lifetime?


There are four critical steps.

Step one: Be first in a new category. Coca-Cola, introduced in 1886, was the first cola. It’s still the leading cola today, 129 years later.

Step two: (Which isn’t a step at all, but it’s the most important thing you can do.) Don’t line-extend the brand. Keep the brand focused on its category. If you want to introduce another product or service, use a different brand name.

Step four: Hammer the slogan with visual hammer. In Coca-Cola’s case, it’s the contour bottle which the brand has been using extensively.

You just talked about a visual hammer. Can you explain that in a little more detail?

Corona beer is the only Mexican brand that has made Interbrand’s annual list of the 100 most-valuable brands in the world. How did Corona achieve this? With a lime. When Corona was introduced in the American market, the importers insisted that the beer be served with a lime on top of the bottle. (America is a lemon country. Mexico is a lime country.) The lime communicated the fact that Corona was the authentic Mexican beer.

The interview originally appeared in the Forbes India magazine