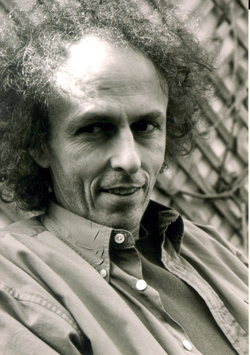 I ran into a long-lost friend (yes even in the age of Facebook) at a mall, after a decade, over the Christmas weekend. And he couldn’t believe that we had met after so long. “It is indeed a miracle that we met,” he said. He didn’t stop at that and continued.

“What if, I had walked into the mall an hour earlier? What if I hadn’t walked towards this side of the mall?” “What were the chances of us meeting?” he finally asked. The question was obviously rhetorical and I didn’t answer it.

Nevertheless, running into a long-lost friend or an acquaintance isn’t as a big deal as we normally make it out to be. Let’s understand this through an example. As Michael Brooks writes in the introduction to Chance—The Science and Secrets of Luck, Randomness and Probability: “Take the calculation by author Ali Binazir, who claimed, via a chain of reasoning about your mother and father meeting, eggs getting fertilised, and human longevity, that odds of you existing are 1 in 102,685,000 – a 10 followed by 2,685,000 zeroes.”

What this bit of fancy maths tells us is that our chances of being born are very low indeed. On the face of it, it seems like a miracle. But is that the case? As Brooks writes: “Such odds are, at first glance, impressive. They create a sense of awe. But they are also nonsense. You are the result of all those things actually happening, whatever the odds of two random people falling in love, or a particular sperm fertilising a particular egg. And so is everyone else on the planet…I hate to say it, but you’re not, as Binazir claims, a miracle. You’re just a link in the human chain.”

The point here being is that the odds of me existing are low. But that is also true about every individual on this planet. And given that, does it really matter?

John Allen Paulos explains this in A Numerate Life—A Mathematician Explores the Vagaries of Life, His Own and Probably Yours through a concept called the Fundamental Confusion of Coincidences. As he writes: “The probability of an unusual event or sequence of events is usually very small, in fact minuscule, yet the probability of some event or sequence of events of the same vaguely defined general sort is usually quite high. People regularly confuse the two probabilities.”

In my case, running into a particular friend at the mall was obviously low. But that is true about everyone who steps out of home. So of all the people stepping out at a given point of time, someone is going to run into someone he knows, after a long time. And that is the way to look at it the situation.

In fact, we underestimate the role of chance in our daily lives and tend to attribute something happening to a “miracle” too easily. As Paulos writes: “If an event or sequence of events gives rise to a supposed miracle that is deemed a divine intervention, the one deeming it so must face some obvious questions. Why, for example, do so many people refer to the rescuing of a few children after a destructive tornado as a miracle when they chalk up the death of perhaps dozen equally innocent children in the same disaster to a meteorological anomaly?”

And this is a very important question to ask. As Paulos points out: “It would seem either both are the result of divine intervention or both are a consequence of atmospheric conditions. The same point holds for other tragedies. If a recovery from a disease after a long series of struggles and treatments is considered a miraculous case of divine intervention, then what do we attribute the contracting of the disease in the first place?”

Nevertheless, one rarely gets to see this kind of thinking anywhere. Brooks explains this phenomenon by saying “dealing properly with chance takes real mental effort”. And that is clearly missing in the world that we live in.

The column originally appeared in the Bangalore Mirror on January 6, 2016