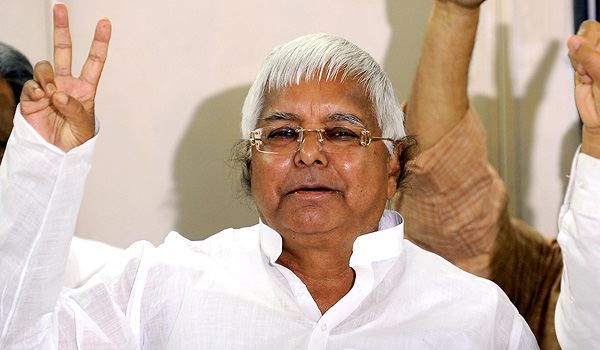 I normally stay away from writing on politics given that I don’t track it closely enough. Nevertheless, having been born and brought up in erstwhile Bihar, the politics of Bihar has always interested me. And given this, I was closely tracking the state assembly election results when they were declared earlier this month.

As the election trends started to come in, the Bhartiya Janata Party (BJP) led National Democratic Alliance seemed ahead. The experts and analysts on news channels immediately started offering reasons for the same. They said that the Grand Alliance leader and the chief minister of Bihar, Nitish Kumar, had turned arrogant during his second term. He had lost the connect with the youth of Bihar, who were now batting for Narendra Modi. The caste factor had finally been destroyed in Bihar (something remarkably stupid to say on live TV) and so on.

I did not hear any of these experts say, let’s wait for more trends as well as results to come in. Things started to change after sometime and the Nitish Kumar led Grand Alliance raced ahead and eventually won the elections convincingly, winning 178 out of the 243 seats in the state assembly.

As the Grand Alliance surged ahead the narrative of the experts and analysts on TV also changed. They now offered reasons on why Nitish Kumar was such a star. Apparently, there was no anti-incumbency at work. The women had come out in full support of Kumar. Further, Lalu Prasad Yadav’s supporters (the Muslims and the Yadavs) had voted whole-heartedly for the Grand Alliance, even though they knew that Lalu would not become the chief minister.

At the same time, it was said that Modi and Amit Shah’s brand of divisive politics had not worked. The RSS chief Mohan Bhagwat’s comment of taking a relook at reservation also did not go down well with the voters of Bihar.

The entire analysis offered on TV during the counting of votes and after the declaration of results was an excellent example of what economists call the teleological fallacy. As John Kay writes in Obliquity—Why Our Best Results Are Achieved Indirectly: “The teleological fallacy, which infers causes from outcomes, is one of the oldest mistakes people make…In the business and political spheres the assumption that good or bad outcome derives from good or bad design remains pervasive.”

Why does this happen? As Kay puts it: “The human mind is programmed to look for patters and to seek causes.”

Nitish Kumar’s Janata Dal(United) had polled in 16.04% of the votes. But Kumar was not in alliance with Lalu and the Congress. Hence, their vote was split and the NDA won the majority of the seats in the state during the Lok Sabha elections.

If there had been an alliance between Nitish, Lalu and the Congress, they would have polled in a little over 46% of the votes, which would have been more than the 38.8% that the NDA polled.

This was the real reason why Modi led NDA lost Bihar so badly. Now whether the voter voted against Modi because of cow politics, Shah’s Pakistan comment or Bhagwat’s reservation comment, that only he knows. And the vice versa is also true i.e. whether the voter voted for Kumar because of his development policies or caste affiliation, that only he knows.

The analysts and the experts can only speculate.

(Vivek Kaul is the author of the Easy Money trilogy. He can be reached at [email protected] )

The column originally appeared on Bangalore Mirror on November 25, 2015