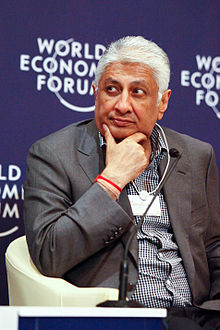 Ajit Gulabchand, the chairman and managing director of Hindustan Construction Company (HCC) said  in an interview yesterday: “a 50 basis points (bps) rate cut is welcome, but it is insufficient. …I expected at least 300 bps but if not that, 200 bps as an initial cut to create the impact that is necessary.” Among other things, Gulabchand is famous for having built the Bandra-Worli sea-link in Mumbai.

While industrialists are used to being unreasonable, this is among the most irresponsible statements I have come across from an industrialist, in a while. Allow me to explain.

So, central banks work in a step by step process and not in a random manner. The question is why is Gulabchand sounding so desperate? The answer can be found out from his profit and loss account statement.

The operating profit (or earnings before interest taxes depreciation and amortisation) of HCC excluding its other income, for the period of April to June 2015 stood at Rs 161.8 crore. The total amount of interest that the company paid on its debt during the same period was at Rs 167 crore.

What this basically means is that HCC has taken on more debt than it should have. In this scenario Gulabchand is desperate for the interest costs of the company to go down. The total debt of the company as on March 31, 2015, stood at Rs 5,011 crore. On this the company paid an interest of Rs 651.1 crore during the course of April 2014 to March 2015.

This means an effective interest rate of 13% (Rs 651 crore as a proportion of Rs 5,011 crore). If the interest rates fall by 300 basis points, HCC’s effective rate of interest will come down to 10%, assuming that the banks totally pass on the cut to the borrowers.

So, it’s understandable why Gulabchand is desperate for significantly lower interest rates. The same logic holds true for a spate of other corporates who are deep in debt and are having a tough time servicing their debt. And given half a chance they talk about lower interest rates.

The question nonetheless is can India afford interest rates which are 300 basis points lower than they currently are. Let’s do a little thought experiment here.

What would happen here? Given that the repo rate would fall to 4.25%, we would have a situation where deposit rates would suddenly fall around 5%. So far so good.

Hence, the interest offered on fixed deposits by banks and other forms of fixed income investments was also lower than the rate of inflation. The inflation was consistently greater than 10% during the period, whereas the fixed deposit rates ranged between 8-10%.

The household financial savings have fallen from 12% of the GDP in 2009-10 to 7.5% in 2014-15. The number was at 7% in 2012-2013. This happened because the rate of return on offer on fixed income investments (like fixed deposits, post office savings schemes and various government run provident funds) was lower than the rate of inflation.

This led to people moving their money into investments like gold and real estate, where they expected to earn more. It also led to a huge proliferation of Ponzi schemes in several parts of the country.

Hence, the money coming into fixed deposits and post office income schemes slowed down leading to a situation where household financial savings fell. This, in turn, led to high interest rates. As mentioned earlier the effective rate of interest that Gulabchand’s HCC paid on its debt during the period between April 2014 and March 2015, was 13%.

In fact, the RBI governor Raghuram Rajan has often talked about a real rate of interest of 1.5-2% on fixed income investments (i.e. fixed deposit interest rates are higher than the rate of inflation by 1.5-2%). This is a very important factor that needs to be kept in mind by the RBI while deciding on interest rates.

The basic point is that the interest rates are not just about corporates and borrowing, they are also about savers. If people don’t save enough through fixed deposits and other fixed income investments, the rate of interest is going to go up.

And in order to ensure that people save enough and do not divert their money into other investments, it is important that the rate of interest on offer on fixed income investments continues to be significantly higher than the rate of inflation.

This also ensures that over the long term interest rates will remain at more reasonable levels. Meanwhile, if that means that the corporates are hurt, then so be it.

The column originally appeared on The Daily Reckoning on Oct 1, 2015