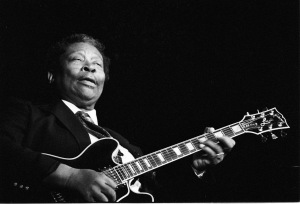 Vivek Kaul
Hey, Mr. President,
All your congressmen too,
You got me frustrated,
And I don’t know what to do
I’m trying to make a living,
I can’t save a cent,
It takes all of my money,
Just to eat and pay my rent
I got the blues,
Got those inflation blues
Or so go the lines of a song sung by the American blues musician BB King. (You can hear the complete song here). The United States and other parts of the Western world are currently going through an environment of very low inflation. But India definitely has got what King called the inflation blues.
The consumer price inflation(CPI) for the month of November 2013 was at 11.24%. In comparison the number was at 10.17% in October 2013. Within CPI, the food inflation was at 14.72%. And within food inflation, vegetable prices rose by 61.6% and fruit prices rose by 15%, in comparison to November 2012.
The purchasing power of rupee has gone down. In simple terms, a rupee buys significantly lesser stuff than it did a year back. Or as King put it:
Now you take that paper dollar,
It’s only that in name,
The way that buck has shrunk,
It’s a lowdown dirty shame.
Why has this happened? In the first seven months of the current financial year i.e. the period between April 1, 2013 and October 31, 2013, the government of India spent around 99% more money than it earned. Yes, you read it right. During the period it earned Rs 4,64,123 crore and it spent Rs 9,22,009 crore, which is 98.7% more.
It has followed this practice, where it has spent much more than it has earned, over the last few years. This increase in spending has largely been account of government doles like a higher minimum support price being offered for rice and wheat being sold by farmers to the government.
These doles are being handed out to the citizens of this country, in the hope that they will continue to vote for Congress led United Progressive Alliance (UPA) government.
This excessive government spending has not been matched by an increase in production. This means, that an increased amount of money has been chasing a similar number of goods and services and that has led to higher prices i.e. inflation.
The jhollawallahs who think they have their heart in the right place (and everyone else is a bourgeois) have often made the argument that the government is only spending money on the poor. This spending has led to rural wages rising at 15% per year, over the past five years. This is the fastest in Asia.
The trouble is that productivity has not risen at the same rate. Hence, the amount of goods and services being produced have not risen at the same rate as income. This, as explained earlier, has led to more money chasing the same number of goods and services, leading to high inflation.
And this hurts the poor the most. In fact, rural inflation for November 2013, stood at 11.74%, significantly higher than the urban inflation of 10.53%. What is worse is the fact that food inflation is close to 15% and vegetable prices have risen by greater than 60% in the last one year.
As I have often pointed out in the past, half of the expenditure of an average household in India is on food. In case of the poor it is 60% (NSSO 2011). So, inflation hurts the poor the most. If that was not the case, the Congress party wouldn’t have lost the recent state assembly elections so badly. Yes, rural wages have gone up, but the question is whether they have gone up enough to compensate for higher prices?
A higher inflation also leads to the regular expenditure of people as a proportion of income going up. Given this, they need to cut down on expenditure on non essential items like consumer durables, cars etc, in order to ensure that they have enough money in their pockets to pay for food and other essentials. Or as King put it:
And things are going up and up and up and up,
And my cheque remains the same,
That’s why I got the blues,
Got those inflation blues.
This ultimately reflects in the index of industrial production(IIP), a measure of industrial activity. For October 2013, IIP fell by 1.8% in comparison to the same period last year. If people are not buying as many things as they used to, there is no point in businesses producing them. This is reflected in the slowdown in manufacturing which forms 75% of the IIP. It fell by 2% in October 2013.
When we look at IIP from the use based point of view, the production of basic goods, which have most weight, fell by 1.6%. The production of consumer goods and consumer durables fell by 5.1% and 12% respectively.
All this ultimately leads to slower economic growth. Given this, if India needs to get back to the high economic growth rates of the past, it first needs to kill high inflation. But that is easier said than done.
The article originally appeared on www.firstpost.com on December 13, 2013
(Vivek Kaul is a writer. He tweets @kaul_vivek)