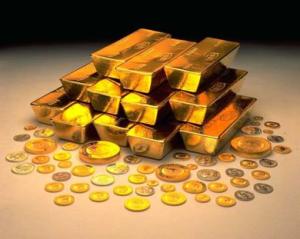 Gold is a bad investment.
This is something that is being often heard lately. The naysayers have all come out of the closet after the recent fall in price of the yellow metal. While it was rallying, they didn’t have a word to say.
One of the main reasons offered in favour of gold being a bad investment is that if we take official inflation into account, the yellow metal has still not crossed the price of $850 an ounce (one troy ounce equals 31.1 grams) that it reached in 1980.
As Nick Barisheff, President and CEO of Bullion Management Group writes in his new book $10,000 Gold: Why Gold’s Inevitable Rise Is the Investor’s Safe Heaven “It seems that everyone has a story about someone they know who bought gold at $850 per ounce in 1980 and had to wait twenty eight years to break even. If we take “official” inflation into account, the gold price would need to reach $2,200 for that to happen.”
So in other words the individual who bought gold when it touched a peak price of $850 per ounce is still to make money. Seems like a fair point.
Now lets try and dissect this argument a little. Gold reached $850 per ounce on January 21, 1980, a then all time high. A day earlier it had closed at a price of $835 per ounce. And a day later it fell to a price of $737.5 per ounce.

As the above table shows, the price of gold remained above $800 per ounce only for two days. In 1980, the average price of gold was $612.5 per ounce. In 1979, the average price of gold was $306.9 per ounce. In 1978, it was much lower at $193 per ounce.
So the point is only those people who bought gold around its very short term peak price of $850 per ounce, would have lost money. And that cannot be an effective argument against buying gold. In fact, that may happen to almost anything that is bought at its peak price.
“If you buy an investment a cyclical peak, you will have to wait a long time to break even. The Dow Jones Industrial Average (which is America’s best known stock market index) did not surpass its 1929 peak until 1953 (twenty four years later). It did not surpass its 1968 peak until 1982 (fourteen years later),” writes Barisheff.
Or lets take the case of the Japanese stock market index, Nikkei 225. On May 15, 2013, it closed at 15,096 points, and this when it has rallied by nearly 67.7% from mid November 2012. But it is still down 61.3% rom an intra-day high of 38,957 points that it achieved on December 29,1989. So anyone who had invested in the Japanese stock market at its peak in December 1989, and held onto his investment, would still be losing money.
And then there is also the case of Nasdaq Composite, an American stock market index, which is a favourite with technology companies. On May 14, 2013, this index closed at 3462.61 points. It is still down by nearly 32.5% from an all time high of 5132.32 points achieved on March 10, 2000. “This even after a number of its stocks, which had become completely worthless were replaced,” writes Barisheff.
Lest I be accused of giving examples of only foreign stock market indices, lets look at something closer to home. The BSE Sensex touched a then all time high of 4630.54 points on September 12,1994. This level was crossed nearly five years later in July 1999, when the dotcom boom was at its peak. In fact those who had invested in the Indian stock market at its 1994 peak would have started to make some real money only by 2005, after more than ten years of holding onto their investment.
More recently, anyone who had invested in Indian stocks in December 2007, when the Sensex reached its then peak of 20,287 points, would still be losing money five years later. On May 15, 2013, the Sensex closed at 20,212.96 points.
So much for stocks being a long term investment. And there is more to consider. As Barisheff points out “One cannot compare gold held in a vault to an investment in stocks. Stocks cannot be compared to gold when it comes to risk. Virtually all of the stocks that existed in 1700 no longer exist today, so at some point investors and their descendants would have lost their entire investment.”
What also happens is that indices keep replacing stocks which are not doing well or have become completely worthless (as happened in the case of Nasdaq Composite). As Barisheff points out “Of the thirty stocks that made up the Dow (in reference to the Dow Jones Industrial Average) in 1929, only General Electric and Exxon Mobil (formerly Standard Oil) still form a part of the Dow today. Of the thirty stocks that made up Dow in 2000, only twenty-three are still Dow components today. If investors buy stock and that stock declines to zero, they lose their investment. They cannot simply replace it with another stock and ignore the loss (which is what indices do).”
Another regular criticism against gold is that it does not pay any dividends or interest. This was the explanation given by the Bank of England in 1998, when it sold half of its gold reserves. “The British sold 395 tonnes of gold at an average price of $275.6 per ounce, and then the price of gold rose nearly 700 percent… Britain sold its gold for a total of $3.5 billion. At $1,900.3 an ounce, gold’s highest price of the last decade, this gold would be worth about $24 billion,” writes Barisheff.
Of course $24 billion would have more than taken care of any interest income that the Bank of England would have earned by investing the $3.5 billion that it got by selling gold. Also the gold lying in the vault is not being put at any risk. As Barisheff puts it “Again, gold, like currency or any other asset that sits in a vault, will not earn interest or dividends. However, it is also not at risk. No asset class generates income unless give up possession of your capital and take the risk of not getting it back. The term “investing” implies risking for the sake of potential profits.”
This is something worth thinking about, the next time you hear a so called expert saying, gold is a bad investment.

The article originally appeared on www.firstpost.com on May 16, 2013

(Vive
k Kaul is a writer. He tweets @kaul_vivek)