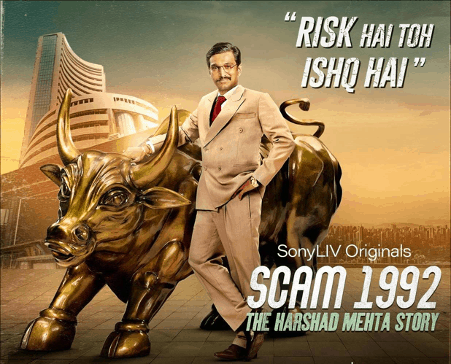 Over the last weekend I saw Scam 1992—The Harshad Mehta Story. The OTT series is based on a book titled The Scam—From Harshad Mehta to Ketan Parekh written by Debashis Basu and Sucheta Dalal.

The 10-episode series is set around the Harshad Mehta scam where Mehta used banking funds illegally to drive up stock prices. Dalal, a journalist with The Times of India broke the story about Mehta’s shenanigans.

Basu who used to work for Business Today magazine at that point of time (not mentioned in the series) is shown to be helping her all along. The story is told from the point of view both Mehta’s and Dalal’s characters.

I enjoyed watching the series immensely and even tweeted saying that the brief Indian OTT era now needs to be divided into before and after Scam 1992.

Watching the series has also inspired me to write this fun piece where I highlight stuff which was very different in the 1990s vis a vis how things are now.

There might be some spoilers here as well (though very few). So, if you haven’t watched the series and plan to watch it, it’s best you stop reading this piece now. You have been warned 

1) The word scam itself wasn’t very popular with the Indian media until Dalal broke the Harshad Mehta scam and weaved the word into the story she wrote for The Times of India (as shown in the series). The phrase used before this was the rather dull financial fraud.

2) A major part of the series is set in 1992, which was a pre-mobile phone era. Hence, all the action happens through landline phones (thankfully pushbutton landline phones had made an appearance by then and so had big cordless phones).

3) It was also the pre-internet era. You had to remember facts or have access to libraries or research departments. This also meant that if you had to verify a company’s address you had to go there physically and do it and couldn’t simply log onto the internet and do so.

4) Cable TV had just started making an appearance in late 1991. Hence, the government owned Doordarshan was the dominant TV channel. It was also the major source of news, which wasn’t a 24/7 business at that point of time. The newspapers came in the morning. All India Radio had news bulletins at fixed points of time during the day. Doordarshan had news in the evenings (and later even in the mornings).

5) You could just walk into the Bombay Stock Exchange, unlike now where you have to go through multiple levels of security and tell the security guys exactly who you are going to meet. So, for journalists to meet sources was easy. Also, unlike today, the sources could be more easily protected simply because there were no electronic /digital footprints being left anywhere.

8) India had 23 stock exchanges at that point of time. Bombay and Kolkata were the most important exchanges. Even Patna had one.

9) The drink offered to everyone visiting the Bombay Stock Exchange was masala tea and not machine coffee, as it is now.

10) The Securities and Exchange Board of India (Sebi), the stock market regulator, did exist, but it did not have statutory powers. Hence, even if they knew that financial shenanigans were happening, they weren’t in a position to do anything. That only happened once the Sebi Act came into being in April 1992.

11) The media newsrooms did not have many computers. The stories were still typed on a typewriter, which meant that one had to have the entire story written in one’s mind before one started typing it out on a typewriter. The way a story can be rewritten now on a computer was rather difficult at that point of time.

12) You could smoke inside a media office. (How journalists would love this).

13) You could smoke on an airplane.

14) You could smoke in restaurants and cafes.

15) The RBI Governor leaked news to the media directly.

17) The BSE was controlled totally by the brokers in the 1990s. It could even open at midnight to change prices at which trades had happened to help certain brokers.

18) The cars on the road were primarily Premier Padmini, Ambassador and the Maruti. India hadn’t seen an explosion in a choice in car models.

19) Levis Jeans hadn’t made an appearance in India until then, though Debashis’s character is shown wearing them in the series. It was launched in India in 1995.

20) There is a scene in the second episode of the Scam 1992, in which a newsreader is seen saying that this year’s budget has a deficit of Rs 3,650 crore for which no arrangements have been made (or as the newsreader in the series said, jiske liye koi vyawastha nahi ki gayi hai). The reference was to the financial year 1986-87.

Given that the makers of the series have stuck to details of that era as closely as possible, I was left wondering if the Rs 3,650 crore number was correct or made up. I went looking for the budget speech of 1986-87 made by the then finance minister Vishwanath Pratap Singh, and found it.

This is what Singh said on page 32 (and point 168) of the speech: “The proposed tax measures, taken together with reliefs, are estimated to yield net additional revenue of Rs 445 crores to the Centre. This will leave an uncovered deficit of Rs 3650 crores. In relation to the size of our economy and the stock of money, [the deficit is reasonable and non-inflationary.”

The number used in the series is absolutely correct. Hence, the makers of the Scam 1992, have gone into this level of detailing.

But the point here being that back then, the government monetised the fiscal deficit. It simply asked the Reserve Bank of India (RBI) to print money and hand it over to the government to spend. This was stopped in 1997.

To conclude, the key dialogue in the series, which keeps getting made over and over again is, risk hai to ishq hai. The inference being only if you take high risk in the stock market do you earn a high return. The trouble, as was the case in 1992 and as is now, just because you take high risk in the stock market (or anywhere else in life) doesn’t mean you will end up with a high return. Investors who hero worshipped Mehta in the 1990s learnt that the hard way.

Investors still continue to learn this basic principle of the stock market, the hard way.

Not everything has changed. 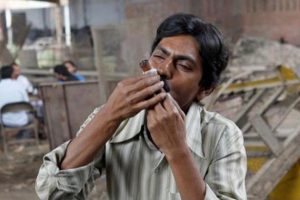