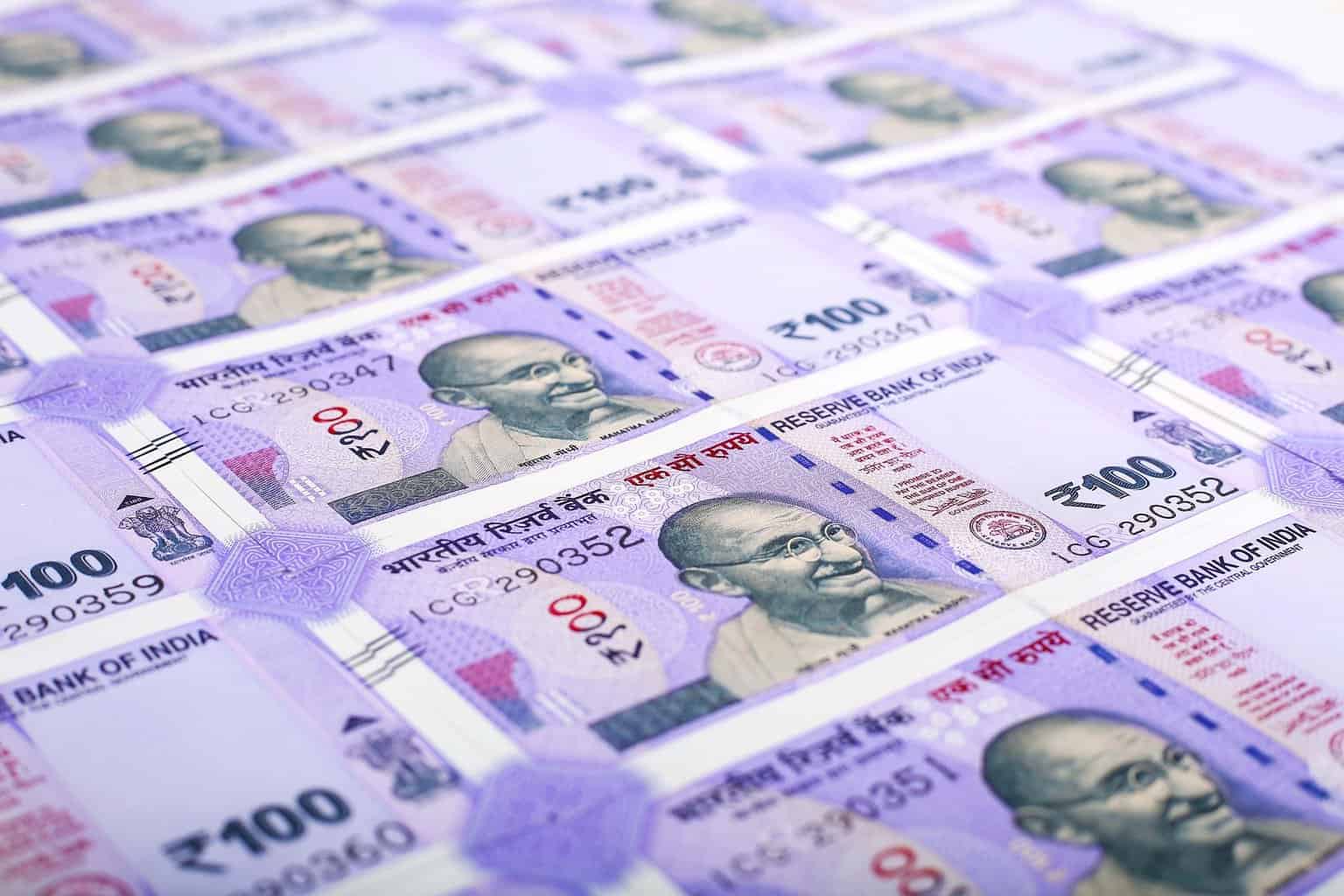 After Lehman Brothers, the fourth largest investment bank on Wall Street went bust in September 2008, the Federal Reserve of the United States, the American central bank, came up with three rounds of large-scale asset purchases (LSAP). The LSAP was popularly referred to as quantitative easing or QE.

Yesterday, Shaktikanta Das, the governor of the Reserve Bank of India (RBI) announced a similar sounding GSAP or G-sec acquisition programme, where G-sec stands for government securities. India now has its own planned QE. (At the risk of deviation, it’s not just the Indian film industry which copies the Americans, our central bank also does.)

The government of India issues financial securities known as government securities or government bonds, in order to finance its fiscal deficit or the difference between what it earns and what it spends. Banks, insurance companies, non-banking finance companies, mutual funds and other financial institutions, buy these securities. Some are mandated to do so, others do it out of their own free will.

What does GSAP entail? Like was the case with the Federal Reserve and the LSAP, the RBI will print money and buy government securities. For the first quarter of 2021-22 (April to June), the RBI has committed to buying government securities worth Rs 1 lakh crore. The first purchase under GSAP of Rs 25,000 crore will happen on April 15, later this month.

Why is this being done? Among other things, the RBI is also the debt manager for the central government. It manages government’s borrowing programme. After borrowing Rs 12.8 lakh crore in 2020-21, the government is expected to borrow another Rs 12.05 lakh crore in 2021-22. Due to the covid-pandemic and a general slowdown in tax revenues over the years, the government has had to borrow more in order to finance its expenditure and the fiscal deficit.

This information of the government having to borrow more than Rs 12 lakh crore again in 2021-22, came to light when the annual budget of the central government was presented on February 1. Due to this higher borrowing, the bond market immediately wanted a higher return from government securities.

The return (or yield to maturity as it is more popularly know) on 10-year government securities as of January 29, had stood at 5.95%. By February 22, the return had jumped to 6.2% or gone up by 25 basis points, in a matter of a few weeks. One basis point is one hundredth of a percentage.

The yield to maturity on a security is the annual return an investor can expect when he buys a security at a particular price, on a particular day and holds on to it till its maturity.

As the latest monetary policy report of the RBI released yesterday points out: “Yields spiked following the announcement of government borrowings of  Rs12.05 lakh crore for 2021-22 and additional borrowing of Rs 80,000 crore for 2020-21.”

At any given point of time, the financial system can only lend a given amount of money. When the demand for money goes up, it is but natural that the return expected by the lenders will also go up. This led to the bond market demanding a higher rate of return on government securities, pushing up the yields or returns on government securities.

Government securities are deemed to be the safest form of lending. Once returns on these securities go up, the interest rates in general across the economy tend to go up, which is not something that the RBI wants at this point of time. The hope is that lower interest rates will help the economy revive faster.

As the debt manager of the government, it’s the RBI’s job to offer the best possible deal to its main client. Hence, post the budget, the RBI got into the job quickly and to drive down returns on government securities launched an open market operation (OMO). As the monetary policy report points out: “Yields subsequently eased somewhat on the back of… the OMO purchases for an enhanced amount of Rs 20,000 crore on February 10, 2021.”

With the GSAP, the RBI has just taken this idea forward. While the GSAP is not very different from the OMOs that the RBI carries out, it is more of an upfront commitment and clear communication from the RBI that it will do whatever it takes to ensure that yields on government securities don’t go up. Like between April and June, the RBI plans to print and pump Rs 1 lakh crore into the financial system.

By printing money and pumping it into the financial system, the RBI ensures that the money that financial institutions have available for lending for the long-term, doesn’t really go down or doesn’t go down as much,

Hence, in that sense, the RBI is actually indirectly financing the government borrowing. (It’s just buying older bonds and not newer ones directly). A reading of business press tells me that the bond market expects more money printing by the RBI during the course of the year. One particular estimate going around is that of more than Rs 3 lakh crore. In that sense, even if the RBI prints Rs 3 lakh crore, it will indirectly finance around a fourth of the government borrowing given that it is scheduled to borrow Rs 12.05 lakh crore in 2021-22.

This is how the RBI plans to keeps its main customer happy. It needs to be mentioned here that with the second wave of covid spreading across the country, chances are economic recovery will take a backseat and the government will have trouble raising tax revenues like it did in 2020-21, the last financial year.

It is worth remembering that Shaktikanta Das’ three year term as the RBI Governor comes to an end later this year. Hence, at least until then, it makes sense for Das to keep Delhi happy. 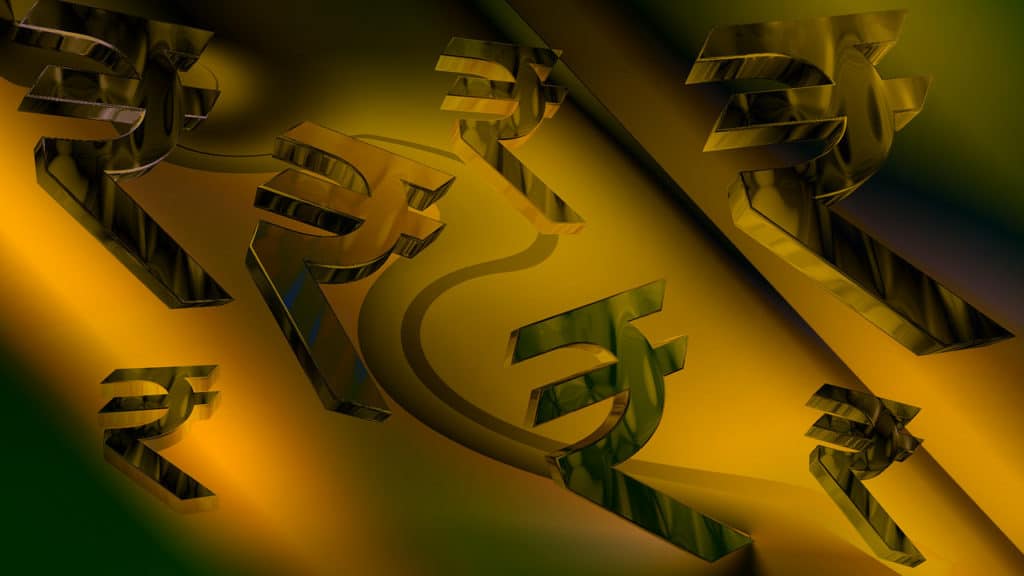 Of course, the money printing leading to lower return on government securities, will also ensure that the interest you, dear reader, earn on your fixed deposits, will continue to remain low, and the real rate of interest after adjusting for the prevailing inflation, will largely be in negative territory.

As mentioned earlier, lending to the government is deemed to be the safest form of lending. And if that lending can be carried out at low rates, the other rates will also remain low. This is the cost of the RBI trying to help the government, the corporates and the individual borrowers. It comes at the cost of savers. This is interest that the savers would have otherwise earned.

It is as if the RBI is telling the savers, don’t have your money lying around in deposits. Chase a higher return. Buy stocks. Buy bitcoin.

If the RBI had let the interest rates find their own level, with the government borrowing more, the interest rates would have gone up and helped the savers earn a higher return on their deposits. This would have also encouraged consumption, especially among those individuals whose expenditure depends on interest income. The argument offered by economists over and over again is that lower interest rates lead to higher borrowing and faster economic recovery.

Over a period of five years, the net bank lending to industry has gone up by a minuscule Rs 40,731 crore or just 1.5%. Meanwhile, the interest rate on fresh rupee loans given by banks during the same period has fallen from 10.54% to 8.19%, a fall of 235 basis points.

So much for corporates borrowing more at lower interest rates. This is their revealed preference; the actions that they are taking and not the bullshit that they keep mouthing on TV and in the business media. Currently, the Indian corporate simply isn’t confident enough about the country’s economic future and that’s the reason for not borrowing and expanding, irrespective of the public posturing.

Anyway, the point is not that higher interest rates are required. But the point is that if the RBI did not intervene like it has been doing, by printing money and buying bonds, slightly higher interest rates which would put the real interest rate in positive territory, would have been the order of the day. And that would have been better than the prevailing situation. A little better for the savers about whom neither the RBI nor the government seems to be bothered about.

But then as I said earlier, the government is the RBI’s main customer these days. And that’s the long and the short of it.