The last time I was in Bengaluru in late January and early February, almost everybody I met either wanted to be an entrepreneur or had already become one. I know I am stretching the truth here, nevertheless, the enthusiasm for entrepreneurship that I saw in Bengaluru is clearly missing in Mumbai, where I live, and Delhi, the city where my extended clan does.

A major factor that is needed for an individual to become an entrepreneur is “overconfidence”. As Gary Belsky and Thomas Gilovich write in Why Smart People Make Money Mistakes and How to Correct Them: “If people were not overconfident…significantly fewer people would ever start a new business…That their optimism is misplaced—that they are overconfident—is evidenced by the fact that more than two-thirds of the small businesses fail within four years of inception.”

It is worth clarifying here that overconfidence here does not mean arrogance. So what does it mean? As Belsky and Gilovich write: “What research psychologists have discovered about overconfidence is that most people—those with healthy egos and those in the basement of self-esteem—consistently overrate their abilities, knowledge, and skill, at whatever level they might place them.”

The entrepreneurs work along similar lines. In fact, research shows that even when entrepreneurs are told that their chances of survival are small, they don’t believe in it. As Nobel Prize winning psychologist Daniel Kahneman writes in Thinking, Fast and Slow: “The chances that a small business will survive for five years in the United States is about 35%. But the individuals who open such businesses do not believe that statistics apply to them. A survey found that

American entrepreneurs tend to believe that they are in a promising line of business…Fully 81% of the entrepreneurs put their personal odds of success at 7 out of 10 or higher, and 33% said their chance of failing was zero.”

Given that a whole host of Bengaluru denizens have worked in the United States or know someone who has, it is hardly surprising that the American way of doing things, has caught on, in the city as well. Nevertheless, this overconfidence works in several sways. It encourages people to become an entrepreneur in the first place. Further, it helps them to keep running the business in the face of all odds.

As Kahneman writes: “One of the benefits of an optimistic temperament is that it encourages persistence in the face of obstacles…[The] confidence [of the entrepreneurs] in their future success sustains a positive mood that helps them obtain resources from others, raise the morale of their employees, and enhance their prospects of prevailing. When action is needed, optimism, even of the mildly delusional variety, may be a good thing.”

On the flip side overconfidence also leads many entrepreneurs to launch businesses without any business model in place. Take the case of the Indian ecommerce companies, many of which are headquartered in Bengaluru. A significant number of these companies are operating without any business model, backed by an unending amount of private equity and venture capital money that has been pouring in.

The money that keeps pouring into these companies shows the ability of the entrepreneurs to keep raising money from investors in the hope of their companies making money someday. And this couldn’t have happened without them being overconfident.

As Kahneman explains: “Inadequate appreciation of the uncertainty of the environment leads economic agents to take risks they should avoid. However, optimism is highly valued, socially and in the market; people and firms reward the providers of dangerously misleading information more than they reward truth tellers.”

Given this, at this point of time, ecommerce is the flavour of the season, and anyone raising points about the viability of the entire sector, is usually shouted down upon. Nevertheless, as Warren Buffett said during the course of the dotcom bubble which burst in 2000, “but a pin lies in wait for every bubble.” And that is something worth remembering here as well.

The column originally appeared in the Bangalore Mirror on Sep 30, 2015

The column originally appeared on The Daily Reckoning on Mar 10, 2015

The article originally appeared in the Sep 2014 edition of Mutual Fund insight magazine. 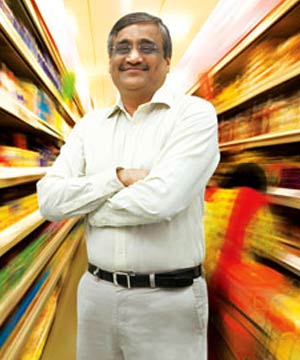