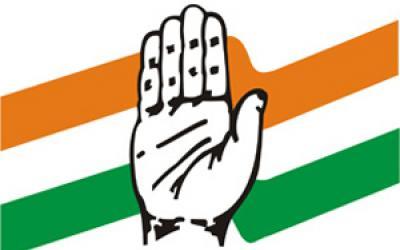 News-reports published in several newspapers last week revealed that the ecommerce company, Flipkart, had postponed the joining date of fresh MBAs it had recruited from the various IIMs, to December, later this year. The MBAs were supposed to join the company in June 2016. In order, to compensate them for the late joining Flipkart will pay the MBAs an extra joining bonus of Rs 1.5 lakh each.

These are clear signs of trouble at the company. In fact, one of the first things the information technology companies had done after the dotocom and telecom crash of 2000-2001, was to postpone the joining date of the fresh engineers it had recruited. The joining dates kept getting postponed and in several cases went beyond one year.

A friend of mine got so fed up waiting to join that he ended up joining the Indian Navy.

The news-reports on Flipkart further suggested that the company is facing funding issues and has had to cut costs to keep itself going. The question is why are Flipkart and many other Indian ecommerce companies, having funding issues?

In late January, earlier this year, I had written a column (not on Equitymaster), in which I had called Indian ecommerce a Ponzi scheme. After the post was published, I got solidly trolled on the social media. People said, I did not understand technology. Honestly, I don’t understand technology, even though I am a BSc in Maths and Computer Science, and have an MBA in Information Systems. But that part of my education I have more or less forgotten.

I don’t understand technology, but I do understand a very basic point—in order to survive, businesses need to make money. And almost all of the Indian ecommerce companies don’t make any money. If you look at their financial results (currently available only as on March 31, 2015), their losses have grown at a faster rate than their revenue. What sort of a business model is that?

Take the case of Zomato, a company which basically delivers food at your doorstep. The latest numbers of this company are available because 47% of it is owned by Info Edge, a stock market listed firm.

So, the losses of Zomato went up by 262%, when its revenue went up 91.3%. What sort of business model is this, where the losses of the company go up at a much faster rate than its revenue? Of course, I don’t understand information technology.

The Indian ecommerce companies have adopted a discount model in order to lure customers. This means selling products at a loss in order to build a customer base. And this has made their operating structure very similar to that of a Ponzi scheme.

How does this apply in case of Indian ecommerce companies? Up until now the ecommerce companies have managed to survive because of private equity, venture capitalists and hedge fund investors, bringing in fresh money into the company at regular intervals. This fresh money being brought in essentially funds the huge losses that these companies make, in order to drive up their revenues.

This money seems to have dried up or is coming in more slowly than it was in the past. And this has put many Indian ecommerce companies in trouble. Some of them have had to cut down their operations. And some others like Flipkart have had to postpone joining dates of MBAs they have recruited, in order to control costs.
And this brings us back to the oldest business lesson—businesses need to make money, in order to survive. Businesses which don’t make money for an extended period of time, don’t survive. They shutdown. That is how it is.

Of course, there is a corollary to this rule. There are businesses which can keep running, even if they don’t make money. They can keep making losses. This is only possible if they happen to be owned by the government of India.

Or take the case of Hindustan Photo Films, the fourth largest loss making public sector enterprise. The company has accumulated losses of Rs 7,794.51 crore between 2010-2011 and 2014-2015. As the table shows, the losses of the company have been going up over the years.

This is sheer waste of money. The money can be better spent on many other things like primary education, health, roads, railways, ports, and so on. There isn’t exactly a shortage of things that the government of India needs to spend on. And it isn’t exactly going around loaded with money. In this scenario, it needs to be careful with where and on what it spends its money on. Hence, the last thing it should be doing is subsidising losses of public sector enterprises which have been perpetually losing money.

The prime minister Narendra Modi in a recent interview to the Wall Street Journal said: “You can’t suddenly get rid of the public sector, nor should you.” Well, that doesn’t mean that the government continues to run loss making companies like Air India and Hindustan Photo Films. Further, Modi has been governing for more than two years now, and if he still continues to run companies like Air India and Hindustan Photo Films, it clearly tells us that he has no intention of shutting them down.

While, we may be able to have a Congress mukt Bharat in politics, it seems difficult to have that scenario when it comes to economics. Indeed, that is a big tragedy.

The column originally appeared in the Vivek Kaul Diary on May 30, 2016