Figure 1 clearly tells us that the currency with public has been going up post December 2016. Nevertheless, it is still some way away from the pre-demonetisation level. Whether that level is achieved remains to be seen. It depends on whether the government decides to replace the entire currency withdrawn through demonetisation or not.

The rate of weekly increase in currency in circulation has had a downward trend since January. Nevertheless, we will probably need a month’s data more to say something with certainty. If the downward trend continues then the conclusion that can be drawn is that the government does not want to replace the entire currency that was demonetised. What will be the impact of that remains to be seen.

Having said that, we also need to look at the total value of ATM transactions using debit cards, which we do in Figure 4.

ATM withdrawals in rupee terms went up by around 79 per cent between December 2016 and January 2017. If ever there was a data point that showed that Indians preferred cash to carry out economic transcations, this is it.

Having said that, the total ATM withdrawals in rupee terms still remain below the level they were before demonetisation. This, despite the fact that the total number of ATM transactions using debit cards are more or less at the same level as they were before demonetisation (as we can see from Figure 3, ignoring the October 2016 data, which I think is a blip due to the festival season).

One explanation for this lies in the fact that the currency in circulation in January was still a long way off from the total currency in circulation before demonetisation. Hence, there was only so much currency going around which the public could withdraw. So, while the government might say that there was never a currency shortage in the aftermath of demonetisation, that is clearly not the case. Over and above this, there were withdrawal limits.

The data from the coming months will tell us if Indians continue to use cash or move towards digital transactions, as the government wants them to.

One data point that we can look at is the point of sale data using debit cards as well as credit cards. Point of sale is essentially any point where a consumer uses a credit card or a debit card to pay for goods or a service, with the card getting swiped in a point of sale machine.

Figure 5 clearly tells us that the usage of credit cards and debit cards spiked up in the aftermath of demonetisation. But the value of goods bought using credit and debit cards through the point of sale route, fell by 8.4 per cent between December 2016 and January 2017, as more currency became available in the market. If we look at just debit cards, the fall is around 16 per cent. Of course, we need more data to see if this trend has continued in February as well.

To conclude, while there is not enough data to say that Indians have totally gone back to cash, but the data that is available does suggest that they are moving towards it.

(The column was orignally published on Equitymaster on March 8, 2017). 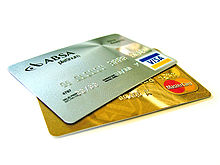 Recently I went looking for a new Wi-Fi data card. I quickly decided on what I wanted, and put up the necessary papers required. When I was ready to pay using a debit card, I was told that there would be a 2% charge if I decided to pay using either a credit or a debit card.

This came as a surprise. The merchant clearly was still living in the 1990s.

The merchants used to charge extra on a card payment when credit and debit cards were just getting started in India in the late nineties. This continued in the early noughties as well. This was because banks charged the merchants every time a card holder used a credit or a debit card to make a payment. And merchants did not want to pay that money out of their own pockets.

Over a period of time as cards became popular this changed and no extra payments needed to be made if one decided to pay using a credit or a debit card. What brought about this change? Other than the fact that cards became ubiquitous, with people not wanting to carry cash around everywhere, merchants also realised something else.

And what was that? People end up spending more when they use cards.

This is primarily because cards take out the pain one feels while spending paper money, totally out of the equation. As Nobel Prize winning economists George Akerlof and Robert Shiller write in their book Phishing for Phools—The Economics of Manipulation and Deception: “One of the bases of credit card’s magic is that most of us think that we buy only what we need(or want).” Nevertheless “there is circumstantial evidence that people with credit cards spend more.”

In fact, psychologist Richard Feinberg carried out a series of very interesting experiments to show that just the presence of a credit card as a cue, leads to people spending more. In one of these experiments, people were shown various items on a screen, one at a time, and were asked how much would they pay for each one of them.

In fact, this discrepancy was seen in case for all the items that were flashed on the screen. Further, in the presence of a credit card, the decision to buy at a higher price was made much faster.

Given these reasons, it is hardly surprising that merchants have taken to cards, like a fish takes to water. And they are happy to accept cards these days, even if that means paying a fee to the bank, every time they accept a card payment. They have realised that people spend more when they use cards, and this benefits them.

This brings me to another question. Why don’t merchants offer discounts to those paying cash, given that there are no extra costs that they need to pay? As Akerlof and Shiller write: “If people are unknowingly spending more because they are paying by credit card, it would be ill-advised for…the local supermarket to remind their customers that they might, well, get a discount for paying by cash.” What is true for a local supermarket is true for other merchants as well.

This explains why everyone loves credit cards. The customer can spend more money than he has. The merchants can sell more, which is something that the merchant I mention at the beginning of this column, needs to realise. And the bank can collect exorbitant interest on the money that is spent.

The column originally appeared in the Bangalore Mirror on October 28, 2015

When it comes to technology I am a slow adopter. I got an email account only after most of my friends already had one. I started using Facebook and Twitter after these two social media websites had already taken off big time. Further, its been less than a year since I got a smart phone and given that I have only recently started using the app-based Uber taxi service.

For those who have used Uber will know that the company primarily offers three levels of taxi service. Its most basic service is uberGO. This is followed by uberX in the mid-range and UberBLACK in the top-range.

Further, the company does not take cash payments. In order to use Uber, you first need to create a wallet account with Paytm, transfer money into it from a bank account and then link it to the Uber app on your smart phone. The cost of the travel is deducted against the money in the Paytm account.

After using the Uber service, you don’t pay paper money or cash to the company. As mentioned earlier, the payment is deducted directly from the Paytm account. Hence, in that sense the situation is similar to when you buy something using a credit card or debit card.

And this is where things get interesting. Research shows that when people use their credit/debit cards they are likely to end up spending more in comparison to when they use cash, simply because there is no pain of purchase, as is the case when using cash.

Gary Belsky and Thomas Gilovich explain this phenomenon beautifully in Why Smart People Make Big Money Mistakes and How to Correct Them: “Credit card dollars are cheapened because there is seemingly no loss at the moment at the purchase, at least on a visceral level. Think of it this way: If you have $100 cash in your pocket and you pay $50 for a toaster, you experience the purchase as cutting your pocket money in half. If you charge that toaster though, you don’t experience the same loss of buying power that your wallet of $50 brings.”

The same stands true about using a debit card as well or for that matter a wallet account like Paytm, to purchase things. “In fact, the money we charge on plastic is devalued because it seems as if we’re not actually spending anything when we use cards. Sort of like Monopoly money,” the authors add.

Hence, as people don’t feel the pain of spending money, they are likely to spend more. “You may be surprised to learn that…you not only increase your chances of spending to begin with, you also increase the likelihood that you will pay more when you spend than you would if you were paying cash,”Belky and Gilovich write.

The reason for this is straight forward. Since I don’t have to pay Uber in cash, I don’t feel the pain of paying and end up using a service which is more expensive than a kaali-peeli. In fact, since I am paying using a smartphone the pain of payment is even lower than when using a credit or a debit card, given that payment through a smart phone using a wallet is one more step removed from cash than a credit or a debit card.

This also explains why almost every e-commerce site wants you to shop using an app and not from their website. Since you may pay using a smartphone through a mobile wallet account, there is chance that you will end up spending more money.

The column originally appeared in the Bangalore Mirror on June 17, 2015