It’s been three days since the finance minister Nirmala Sitharaman presented the annual budget of the union government and now my brain has really opened up and can see things that it couldn’t earlier.

On February 2, I wrote a piece which basically looked in detail at the fiscal deficit of 9.5% of the gross domestic product (GDP) and why the government’s claim of spending more this year and the next, to become the spender of the last resort and get the economy going again, didn’t really hold.

This piece is basically an extension of the same idea. Ideally, you should read the February 2 piece before you read this. Nevertheless, this piece is also complete on its own and if you are short on time, then just reading this piece should be enough to understand what I am trying to say.

One of the claims made by the finance minister in her budget speech was that the government was increasing the capital expenditure this year and the next. The mainstream media and the stock market wallahs have also tom tommed this line over the last few days. Nevertheless, as my analysis shows, this claim doesn’t really hold to the extent it is being made out to be.

As the finance minister said in her speech:

1) Capital expenditure is basically money spent on creating assets, in particular physical infrastructure like roads, railway lines, factories, ports, etc. Revenue expenditure is basically money spent in paying salaries and pensions, financing subsidies, etc. Over and above this, interest paid on the outstanding debt or borrowings of the government, is also a part of revenue expenditure. In fact, interest payments on outstanding debt are the biggest expenditure in the union budget. In 2020-21, it forms 20% of the total government expenditure and it jumps to 23.3% in 2021-22.

The usefulness of capital expenditure made by the government can be experienced in the years to come as well and it is believed that it adds to economic activity more than the revenue expenditure. Hence, economists, journalists and policy analysts, while analysing the union budget like to look at the money that has been allocated towards capital expenditure.

It is worth remembering that when the budget for this financial year was presented, the fear of covid and the negative impact it would have on the economy, hadn’t been realised as yet. In the aftermath of covid, the capital expenditure went up from the budgeted Rs 4.12 lakh crore (or the budget estimate) to the revised estimate (RE) of Rs 4.39 lakh crore. Hence, the post covid increase in capital expenditure has been around 6.6%.

Given this, the increase in capital expenditure in 2020-21 had already been budgeted for pre-covid and there was a small increase post-covid. Once we know this, things don’t sound as exciting as the finance minister made it sound in her budget speech.

Nevertheless, one needs to take into account the fact that the budgeted capital expenditure of the union government when the budget for this year was presented in February 2020 had stood at Rs 10,84,748 crore.

Once this is taken into account, it is safe to say that if the government sticks to these numbers, there will be barely any increase in capital expenditure between this year and the next.

Of course, the narrative of the government increasing its capital expenditure has been set. That’s what we have been told over and over again over the last few days. The stock market seems to believe it as well.

This entire exercise also tells you how nuanced numbers can get once you start really digging them up and setting them up in the right context. This is something you won’t see much in the mainstream media. Given this, it is very important that you please continue supporting my writing.

PS: I would like to thank, Sreejith Balasubramanian, Economist – Fund Management, IDFC AMC, whose research note on the budget, helped me think through this issue, in a much better way.

The Reserve Bank of India(RBI) releases the Financial Stability Report twice a year. The second report for this year was released yesterday (i.e. December 23, 2015). Buried in this report is a very interesting box titled In Search of Some Old Wisdom. In this box, the RBI has resurrected the economist Hyman Minsky. Minsky has been rediscovered by the financial world in the years that have followed the financial crisis which started with the investment bank Lehman Brothers going bust in September 2008.

So what does the RBI say in this box? “When current wisdom does not offer solutions to extant problems, old wisdom can sometimes be helpful. For instance, the global financial crisis compelled us to take a look at the Minsky’s financial stability hypothesis which posited the debt accumulation by non-government sector as the key to economic crisis.”

The basic premise of this hypothesis is that when times are good, there is a greater appe­tite for risk and banks are willing to extend riskier loans than usual. Businessmen and entrepreneurs want to expand their businesses, which leads to increased investment and corporate profits.

Initially, banks only lend to businesses that are expected to gen­erate enough cash to repay their loans. But as time progresses, the competition between lenders increases and caution is thrown to winds. Money is doled out left, right, and centre and normally it doesn’t end well.

This is the basic premise of the financial instability hypothesis. In this column I will explain that the Indian corporates have reached what Minsky called the Ponzi stage of finance.  Minsky essentially theorised that there are three stages of borrowings. The RBI’s box in the Financial Stability Report explains these three stages. Nevertheless, a better explanation can be found in L Randall Wray’s new book, Why Minsky Matters—An Introduction to the Work of a Maverick Economist.

As Wray writes: “Minsky developed a famous classification for fragility of financing positions. The safest is called “hedge” finance (note that this term is not related to so-called hedge funds). In a hedge position, expected income is sufficient to make all payments as they come due, including both interest and principal.” Hence, in the hedge position the company taking on loans is making enough money to pay interest on the debt as well as repay it.

What is the second stage? As Wray writes: “A “speculative” position is one in which expected income is sufficient to make interest payments, but principal must be rolled over. It is “speculative” in the sense that income must increase, continued access to refinancing must be expected, or an asset must be sold to cover principal payments.”

And what is the third stage? As Wray writes: “Finally, a “Ponzi” position (named after a famous fraudster, Charles Ponzi, who ran a pyramid scheme—much like Bernie Madoff’s more recent fraud”) is one in which even interest payments cannot be met, so that the debtor must borrow to pay interest (the outstanding loan balance grows by the interest due).”

Charles Ponzi was a fraudster who ran a financial scheme in Boston, United States, in 1919. He promised to double the investors’ money in 90 days. This was later shortened to 45 days. There was no business model in place to generate returns. All Ponzi did was to take money from new investors and handed it over to old investors whose investments had to be redeemed. His game got over once the money leaving the scheme became higher than the money being invested in it.

By now, dear reader, you must be wondering, why have I been rambling on about a single box in the RBI’s Financial Stability Report and an economist called Hyman Minsky.

In RBI’s Financial Stability Report the box stands on its own. But is the RBI dropping hints here? Of course, you don’t expect the central bank of a country to directly say that a large section of its corporates have reached the Ponzi stage of finance. And there are many others operating in the speculative stage of finance. Even without the RBI saying it directly, there is enough evidence to establish the same.

In the report RBI points out that as on September 30, 2015, the bad loans (gross non-performing advances) of banks were at 5.1% of total advances of scheduled commercial banks operating in India. The number was at 4.6% as on March 31, 2015. This is a huge jump of 50 basis points in a period of just six months.

What is happening here? Banks are clearly kicking the can down the road by restructuring more loans, because many corporates are clearly not in a position to repay their bank loans. Why do I say that? As the Mid-Year Economic Review published by the Ministry of Finance last week points out: “Corporate balance sheets remain highly stressed. According to analysis done by Credit Suisse, for non – financial corporate sector (based on ~ 11000 companies in the CMIE database as of FY2014 and projections done for FY2015 based on a sample of 3700 companies), the number of companies whose interest cover is less than 1 has not declined significantly (this number was 1003 in September 2014 and is 994 in September 2015 quarter).”

Interest coverage ratio is essentially obtained by dividing the earnings before interest and taxes(operating profit) of a company during a given period, by the interest that it needs to pay on the loans that it has taken on.

In the Indian case, a significant section of the corporates have an interest coverage ratio of less than 1. This means that they are not earning enough to even pay the interest on their outstanding loans.

The RBI Financial Stability Report again hints at this without stating it directly. As the report points out: “Bank credit to the industrial sector accounts for a major share of their overall credit portfolio as well as stressed loans. This aspect of asset quality is related to the issue of increasing leverage of Indian corporates. While capital expenditure (capex) in the private sector is a desirable proposition for a fast growing economy like India, it is observed that the capex which had gone up sharply has been coming down despite rising debt. During this period, profitability and as a consequence, the debt-servicing capacity of companies has, seen a decline. These trends may be indicative of halted projects, rising debt levels per unit of capex, overall rise in debt burden with poor recoveries on resources employed.”

What the central bank does not say is that rising debt without a rising capital expenditure may also be indicative of the fact that newer loans are being taken on in order to pay off older loans as well as pay interest on the outstanding loans. The public sector banks are issuing newer loans because if they don’t corporates will start defaulting and the total amount of bad loans will go up even further.

In such a scenario, the public sector banks have also been helping corporates by restructuring more and more loans. By doing this they are essentially postponing the problem. A restructured loan is not a bad loan. Further, around 40% of restructured loans between 2011 and 2014 have turned into bad loans.

All this hints towards a large section of Indian corporates operating in what Minsky referred to as a Ponzi stage of finance. Many corporates are also in the speculative stage. And given that, it’s not going to end well.

The column originally appeared on SwarajyaMag on December 24, 2015 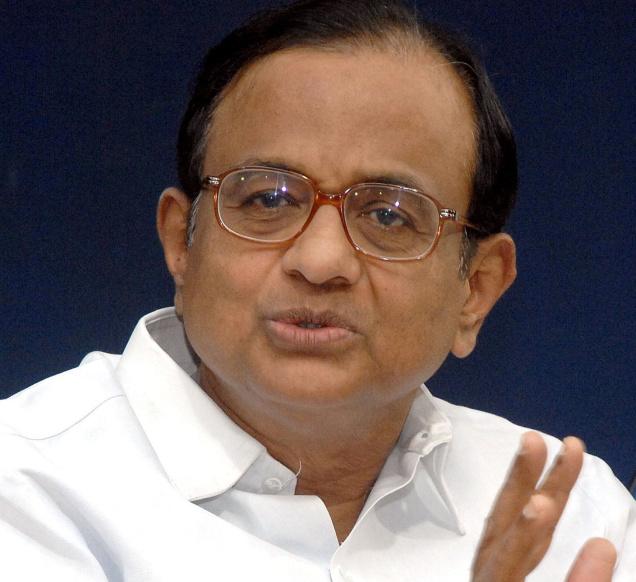