In yesterday’s column I had explained why holding the Indian Premier League(IPL) T20 cricket tournament, responsible, for the water woes of Maharashtra, is wrong.

The trouble is that no one is using numbers to make an argument. Emotions are running high—and the typical argument against IPL is when there is no water in Latur, how can we waste water on cricket grounds.

But this argument looks at the issue only in absolute terms. It is estimated that the IPL will use around 6 million litres of water. This sounds a lot on its own. But it amounts to only an insignificant amount of the total water used to produce sugarcane in Maharashtra in 2013-2014.

The basic problem is that Maharashtra should not be growing as much sugarcane as it is. Sugarcane is cultivated on less than four percent of the total cropped area in the state but uses 70% of its irrigation water.

Hence, all the noise around IPL being moved out of Maharashtra is essentially nonsense of the worst kind. People who feel for those who do not have water in parts of Maharashtra can do more for them by stopping to waste water in their daily lives, than agitating about this. Also, they should check for water leakages in their building.

Let’s take a look at Latur in a little more detail. An India Today report points out that the daily requirement of water in Latur is 85 litres per person. As per the 2011 census, the population of the Latur district is around 24.6 lakh (2.46 million).

So not allowing IPL in Maharashtra to happen will supply water to the people of Latur for all of 42 minutes. Of course, I am assuming that all the water that is thus saved can be moved to Latur, all at once, and no part of it is evaporated during the process.

The larger point is that there are better things that can be done to save water.

Further, why is no one talking about the huge amount of water that gets wasted everyday due to leakage as well as theft. A March 2016 report in The Times of India offers some data points. The report points out that Mumbai loses 900 million litres of water daily due to leakage and theft.

An August 2015 report in the same newspaper had put the daily leakage of water in Mumbai at 1,012.5 million litres. The Brihanmumbai Municipal Corporation(BMC) terms this leakage as “non-revenue” water, in a classic bureaucratic way.

In this column, I will work with the former estimate of 900 million litres daily leakage, given that it is a more recent one.

I tried looking for the water leakage numbers for Pune and Nagpur where IPL matches are scheduled along with Mumbai, in the state of Maharashtra, but I couldn’t find any numbers. Given that I will have to work with only the Mumbai water leakage number.

The IPL started on April 9 and is supposed to go on till May 29. Effectively, it is a tournament that will go on for 51 days. Over 51 days, 45,900 million litres of water (900 million multiplied by 51) would have been lost just in Mumbai. The total number would be higher if we had the leakage numbers for Pune and Nagpur as well. In comparison, the IPL will use only six million litres of water, over 51 days. This works out to 0.013% of the total leakage of water in Mumbai.

If only a part of the leakage could be plugged, the water needs of Latur could be easily met. Why is no one really talking about this?

I know I am exaggerating here with my calculations but this is just to show the absurdity of the issue of moving IPL out of Maharashtra in order to save water. The question that crops up here is that why are the NGOs which have filed a PIL in the Bombay High Court asking for IPL to be moved out of Maharashtra, not taking BMC to task as well?

The ultimate idea should be to stop the wastage of water and considerably huge amount of water is being wasted by leakage and municipal corporations not doing much about it. Why is this discussion not happening?

The BCCI, for once, does not appear to be in a confrontational state. An India Today TV report points out that BCCI is planning to move five matches out of Maharashtra. Of this two matches were scheduled in Pune and three matches in Nagpur.

The three matches that were scheduled to happen in Nagpur are now likely to take place in Mohali in Punjab. Like Maharashtra grows sugarcane, a fairly water-intensive crop, Punjab grows rice. Punjab is a semi-arid region and in an ideal world, rice shouldn’t be grown there, because it needs a lot of water, and there is not a lot of water going around in a semi-arid region.

Currently, four matches are scheduled at Mohali. The India Today TV report suggests that three matches from Nagpur will be moved to Mohali. This basically means that seven matches will be played in Mohali.

In the public interest litigation that has been filed in the Bombay High Court asking that IPL cricket matches should be moved out of Maharashtra, it has been said for each match three lakh litres of water are needed. As Ankita Verma, the lawyer for the petitioners told Rediff.com: “International maintenance for pitch guidelines state that for each match you need three lakh litres [0.3 million] of water for one ground.”

This is as insignificant as the water to be used for IPL matches in Maharashtra in comparison to the total water used for growing sugarcane. If to save such a small proportion of water, cricket matches can be moved out of Maharashtra, they should be moved out of Punjab as well. The logic is exactly the same.

I know the argument is absurd. But it needs to be made in order to show that the real issues behind the water problem in the country are not being talked about. No one is talking about sugarcane and rice paddy not being the right agricultural crops to be grown in Punjab and Maharashtra. The reason is straightforward, there are political parties which benefit from this.

Further, no one is talking about the astonishing amount of water leakage that happens on a daily basis. While, changing cropping patters is a long term solution, preventing water leakage on a war-footing is a simpler solution, and can be carried out, if the local municipalities get their way around to doing it. The only people who will lose due to this, is the water mafia.

But then this is not as sexy as criticising IPL. I am no fan of BCCI, but IPL is a soft target.

The column originally appeared in the Vivek Kaul Diary on Equitymaster on April 13, 2016 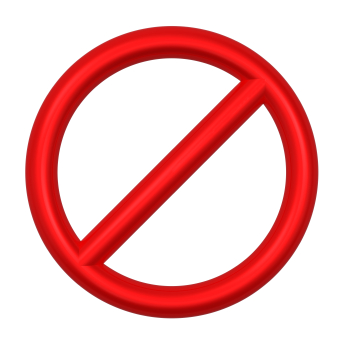