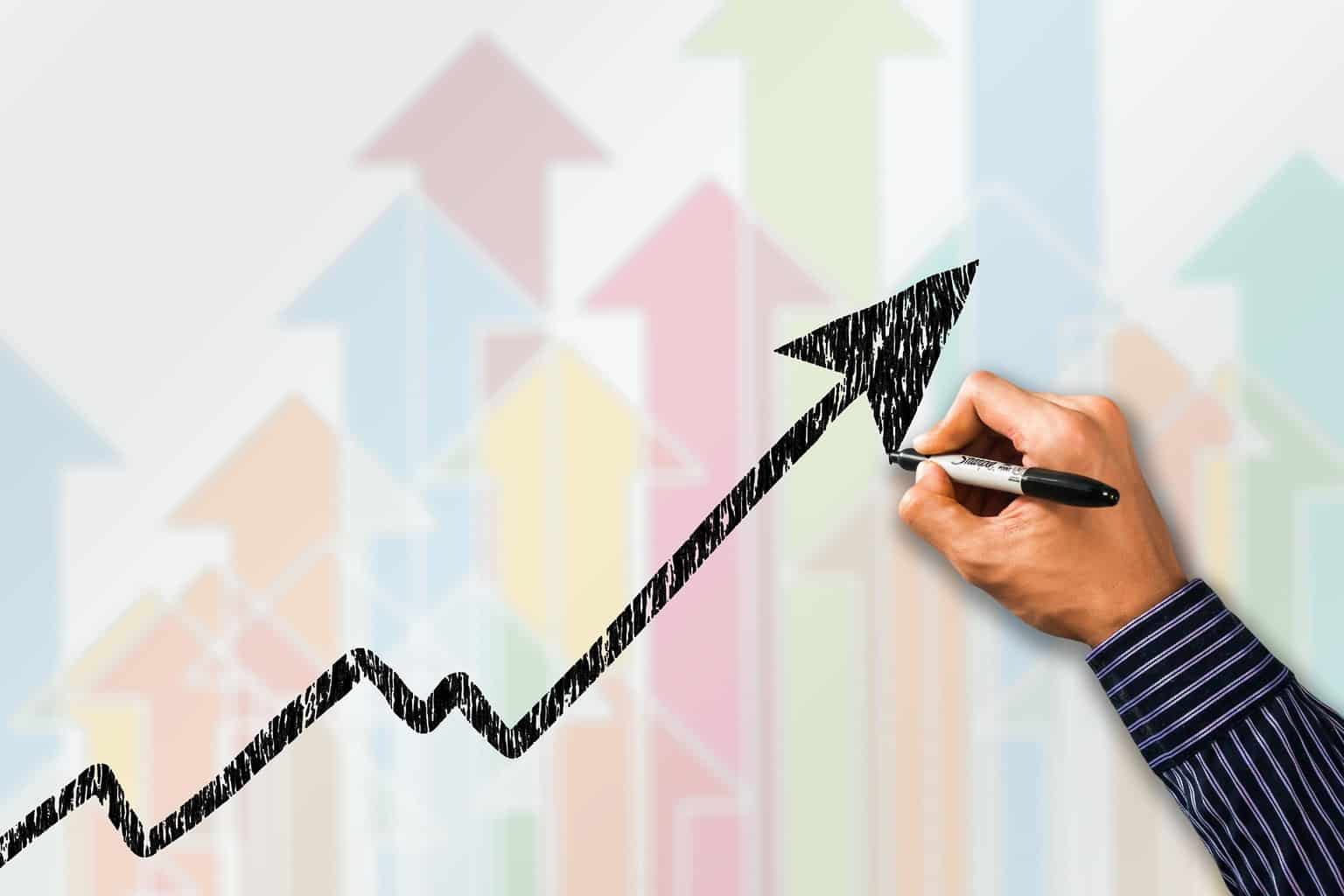 The International Monetary Fund (IMF) in the World Economic Outlook update for January 2021, has forecast that the Indian economy will grow by 11.5% in 2021.

If this happens, it will be the fastest that the Indian economy has ever grown. It will also be the first time that the Indian economy will grow in double digits. (Actually, the country did grow by greater than 10% in 2010-11, but that was later revised by the Modi government, once a new set of gross domestic product (GDP) data was published).

The following chart plots the GDP growth over the years. The GDP is the measure of an economic size of a country. 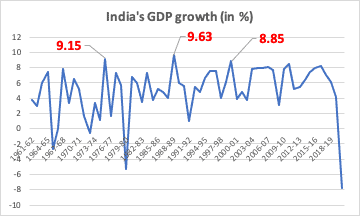 Also, among the selected economies for which IMF published data, India will be the fastest growing economy in the world in 2021. China comes in second at 8.1%. 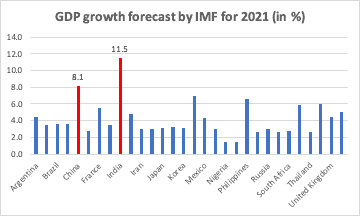 India growing by 11.5% in 2021 is indeed a big deal, there is no denying that. But there are a few factors that need to be kept in mind here.

But what we also need to keep in mind is the stock price in 2019, when it was at Rs 100. It then fell massively by 50% to Rs 50 and rose from there. Hence, the stock price rose from a much lower-base. And this lower base was responsible for a gain of 50%. Further, in 2021, the stock continued to be lower than its 2019 price. This is base effect at play.

One way to look at base effect is to look at the GDP growth/contraction forecast by IMF for 2020. 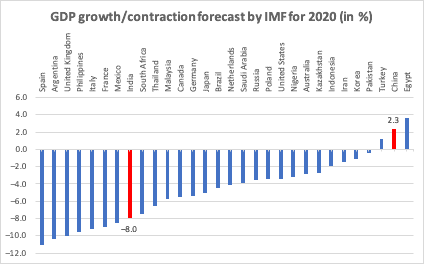 As can be seen from the above chart, the IMF expects the Indian GDP to have contracted by 8% in 2020. Hence, in 2020, the Indian economy will be among the worst performing economies in the world. Given this, a 11.5% growth in 2021, will come on a massively contracted GDP in 2020. This is a point that needs to be kept in mind.

Also, all the countries which have done worse than India have a per capita income larger than that of India. In that sense they are economically much more developed than India is and their pain of contraction is much lesser than that of India, given that these countries already have access to the most basic economic necessities in life, which many Indians still don’t.

Let’s go into a little more detail on this point. While the IMF publishes real GDP growth data (which we have been discussing up until now), it doesn’t publish constant price GDP, which adjusts for inflation, in a common currency like the US dollar.

Hence, in that sense, the slowing Indian economic growth for the last few years, followed by the covid contraction, has put the Indian economy back by two years. Of course, it can be argued that every country has gone through this. Indeed, that’s true, but that doesn’t make our pain any better.

Also, before saying stuff like India will grow faster than China in 2021, please keep in mind the fact that the Chinese GDP in 2019 was $11.54 trillion (World Bank data), which is much more than that of the India’s GDP.

Between 2019 and 2021, the gap between India and China has grown even bigger and that is a fact that needs to be kept in mind. All numbers and figures need some context, otherwise they are useless and as good as propaganda, which I think will happen quite a lot during the course of the day today.

If you have already read the newspapers and the websites on this issue, you might have seen that almost all of them say that India will grow faster than China in 2021. But almost  no one bothers to mention the fact that China grew faster than India both in 2019 and 2020. Or the fact that China is growing on a significantly larger base (the most important point when we are talking percentages).

At the risk of repetition, you won’t see any such analysis appearing in the mainstream media. So, kindly continue supporting my work. Even small amounts make a huge difference.