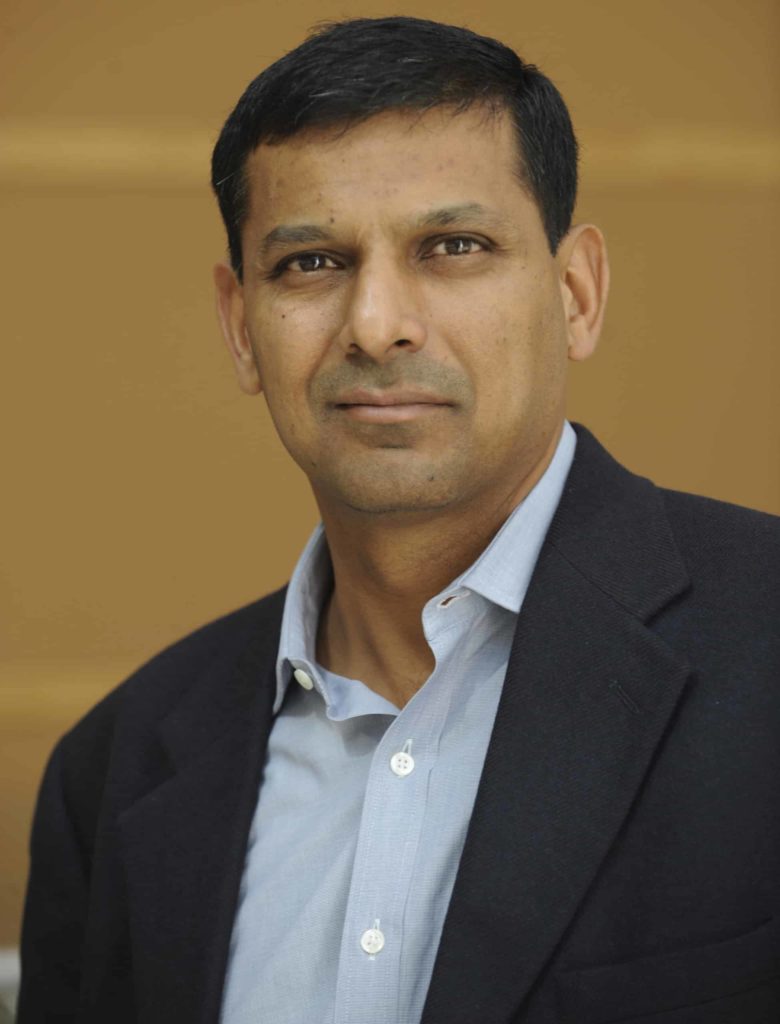 Summary: This one is for all of you, where are the solutions wallahs. Of course, I have offered many of the solutions that Rajan has offered in a column, but never put them together in one place.

One of the perils of writing on the Indian economy in the last six years has been the repeated comment from a few, don’t tell us about the problems, but give us the solutions. I mean how do you discuss solutions without highlighting problems. How do you come up with a prognosis without coming up with a diagnosis in the first place?

It’s not that one hasn’t highlighted solutions in what one has written over the years, but it’s just that where are the solutions wallahs, don’t seem to notice them. This belief that economics has solutions to everything (particularly among the non-economists, which means most of us), is very strong.

Over the years, I have come to believe that this is primarily because almost all of us are brought up writing exams where every question has an answer and every problem (in the mathematical sense of the term) has a solution. Life and economics don’t work like that. If everything had a solution, the word problem wouldn’t exist in the first place.

Nevertheless, this piece is all about solutions; things that the central government can do right now (and should have been doing by now) to get the economy going again. I have just finished reading Dr Raghuram Rajan’s piece on the Indian GDP (Gross Domestic Product) collapse. GDP is a measure of the economic size of a country.

Dr Rajan, who was the governor of the Reserve Bank of India (RBI), has offered many solutions. These are things that the government can do to get the economy going again. I have offered many of these solutions in my writing as well, though never gotten around to writing about all the solutions together at one place.

Let’s take a look at these solutions, one by one.

1) The government needs to expand its resource envelope in every way possible, Rajan writes. At the cost sounding like a broken record, it needs to sell its stakes in many public sector enterprises (how many times have I said this). In fact, in a sense it has already missed out on the current buoyant state of the stock market. The total amount of money collected through the disinvestment route during this financial year, remains close to zero.

Rajan also suggests that the government should be ready for on tap sale of its stakes in public sector enterprises, to take advantage of every period of market buoyancy.

2) Many public sector enterprises own land, in prime areas of India’s cities. And this land needs to be sold (Again, how many times have I suggested this). In fact, in a city like Ranchi, where I come from, the Heavy Engineering Corporation (a public sector enterprise) sits on acres and acres of government land. All this land across all these companies needs to be sold and money be raised. Of course, this isn’t going to happen overnight.

But that’s not the point here. If the government shows serious intent on this front by announcing a time-table to do this, as well as making preparations for the sale, this is something that the bond market will notice and be happy about.

3) Why is it important to keep the bond market happy? With tax collections collapsing by 30%, between April and July 2020 in comparison to the same period in 2019, it is but natural that the government will end up borrowing more. This is likely to push up the return (or the yield) that the market demands on the government borrowings, given that there is only so much financial savings going around. Other factors that will give confidence to the bond market is the publishing of the correct fiscal deficit numbers unlike the massaged numbers that are currently declared (well, well, well, I have been saying this for a couple of years now). Fiscal deficit is the difference between what a government earns and what it spends.

Another important reform suggested by Rajan is the setting up of an independent fiscal council, which can keep an eye on the deficit numbers (This is something that the former deputy governor of the RBI, Viral Acharya, has also been suggesting).

All in all, the government should seem like making serious moves towards restoring fiscal stability, which is currently lacking.

4) The world will recover faster than India, given that the covid-curve has been flattened across large parts of the world. Given this, economic demand in many of India’s bigger trading partners will recover faster than in India (Again, a point I made in a piece I wrote for the Mint on September 7, 2020). This means that faster exports growth can be a way for India to recover, suggests Rajan. But the trouble is that we are looking at import substitution as a policy more and more and imposing tariffs on imports. This raises the cost of inputs that go into goods that are ultimately exported.

Of course, the intermediary goods that go into the making of goods that are exported, can be produced in India, but this will happen at a higher price. Hence, this makes us uncompetitive at the global level (A point I made in a piece I wrote for the Mint in February). Also, reversing the entire import substitution bogey will mean going against the current atmanirbharta campaign, a very successful perception management campaign. (In economics, just because something sounds good, doesn’t mean it is necessarily good). Economics is not the only thing that any government is bothered about.

5) Rajan suggests that the focus on Mahamta Gandhi National Rural Employment Guarantee Scheme (MGNREGS) as a way of putting money directly into the hands of the poorest, should continue. If this means spending more money under the scheme, then so be it. (Okay, I had suggested this as far back as March in a piece I wrote for the Mint, even before the government had taken this route.)

6) While, MGNREGS takes care of the lack of economic activity in rural areas, the urban areas get left out under the scheme. Hence, the government should be making more efforts to put money into the hands of the urban poor, suggests Rajan.
One of the things that the government has done is to put Rs 1,500 over a period three months into female Jan Dhan accounts. This cost the government around Rs 31,000 crore. I think it is time to put money into male Jan Dhan accounts as well (Again, I have been saying this for months now). This will take care of the urban poor to some extent. I know this isn’t the perfect solution because proper targeting will continue to remain a problem, but it is better than doing nothing.

7) Rajan further suggests that the government and public sector enterprises should clear their dues as fast as possible. This will put more money into the economy and particularly into the hands of corporations and help them survive. (Something I had said in March). A newsreport in The Financial Express today points out that the total amount of money owed by the central government and the public sector enterprises, amounts to Rs 9.5 lakh crore, or a little under a third of the Rs 30.4 lakh crore that the central government plans to spend this year. Of the Rs 9.5 lakh crore, Rs 2.5 lakh crore is owed to the Food Corporation of India (FCI). The remaining Rs 7 lakh crore is a large amount on its own. Even if a portion of this is cleared, the economy will get some sort of a stimulus.

As far as a real stimulus goes, focusing on physical infrastructure is the need of the hour, leading to creation of demand for everything from steel to cement. One area that can really get the Indian economy going again is real estate. I have discussed this so many times before. But for that to happen, so many other things need to happen, including many of the current real estate firms going bust and banks losing a lot of money. Creative destruction needs to be unleashed. Of course, the deep state of Indian real estate is not ready for something like this and will not let it happen.

8) Rajan also suggests that firms below a certain size could be rebated the income tax and the goods and services tax, they paid last year (if not the whole amount, but at least a part of it). This could be an easy and direct way of helping smaller businesses, which have faced the brunt of the pandemic all across the world. (Okay, I haven’t suggested anything like this anywhere, from what I remember).

9) Rajan recommends that public sector banks need to be properly recapitalised as the extent of losses due to covid are recognised. I feel that if the government doesn’t have the money to do so, then it needs to let these banks raise money from the market and in the process, the government should be okay with the idea of diluting its stake. (I have written a book on this )

10) And finally, as the moratorium on repaying loans taken from banks and non-banking finance companies has come to an end, there are bound to be defaults. Here, the government should have a variety of structures in place to deal with the emanating problems, and not have a one size fits all approach. Also, in my opinion, dilution of the entire insolvency and the bankruptcy process, is really not the right way to go forward.

So, to all the where are the solutions wallahs, these were 10 solutions that Dr Raghuram Rajan has offered to the government (Actually, there are more solutions in the piece he has written, but I have stopped at ten. Some of these solutions are about land reforms, labour reforms, genuine ease of doing business reforms, etc., to improve India’s competitiveness, which keep getting made endlessly over and over again). Rajan has also said that the time to do these things is now and not wait for things to get worse.

In my writing over the last few months, I have recommended eight or nine of these solutions as well, though never put all these solutions at one place. One important solution that I think needs to be quickly implemented, is a reduction of the goods and services tax on two-wheelers.

The trouble is that most of these solutions need money to start with. And for that the government needs to come out of its comfort zone and start raising money in ways that it has never done before (like selling land). Also, all reforms need intent and communication clarity to be able to explain these things to the junta at large. Plus, they may not lead to electoral gains immediately, something like a focus on an actor’s suicide may.

You see the government just doesn’t have the incentives to do the right things.

PS: I sincerely hope this should satisfy the appetite of all the where are the solutions wallahs, out there.