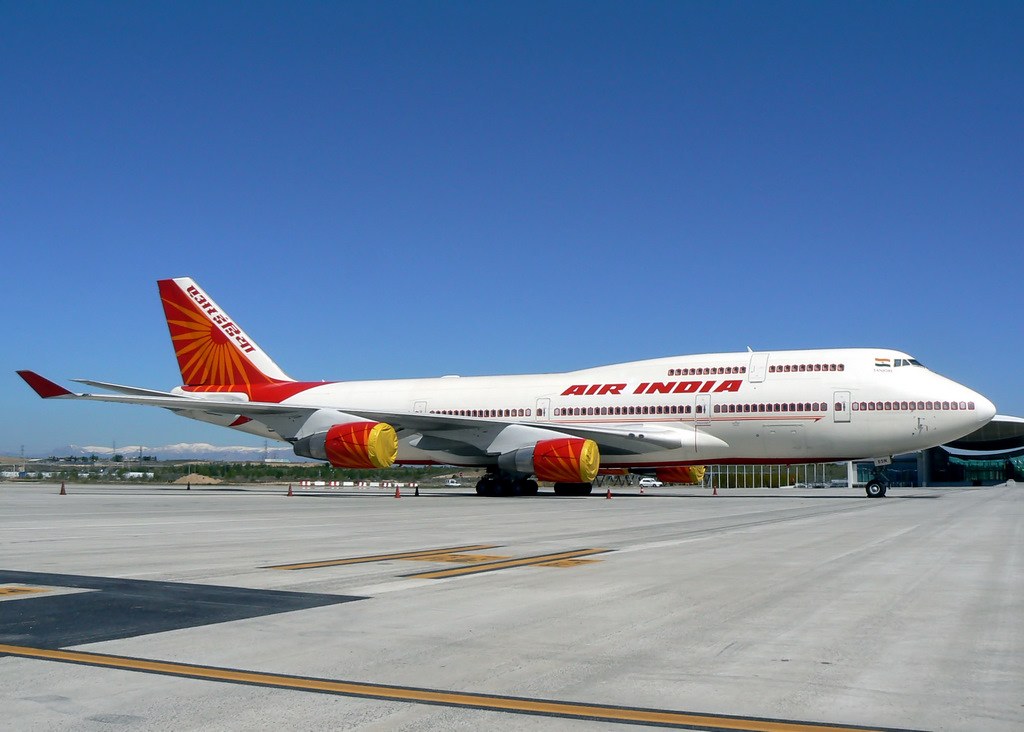 Newsreports suggest that 11 Air India unions representing more than 10,000 employees have started a social media campaign with the Save Air India slogan.

The Indian government plans to sell 76% of its stake in the airline. Under the current terms, the buyer needs to give a guarantee that the permanent employees of the airline will not be fired for at least one year.

After that the buyer is allowed to offer a voluntary retirement scheme to the employees.
This condition along with the fact that any prospective buyer has to takeover two-thirds of the Rs 48,447 crore debt (as on March 31, 2017) of the airline, has led to a situation where none of the Indian airlines are interested in buying Air India. (We don’t know about the foreign ones as yet).

Newsreports also suggest that the International Finance Corporation, the private investment arm of the World Bank, is likely to underwrite the debt amount of Air India for the successful buyer of Air India.

It is highly unlikely that any prospective buyer will buy Air India without any arrangement to handle the $7.5 billion debt of the airline (Rs 48,447 crore at $1=Rs 65).

Given how risky and difficult the airline business is, such a huge debt amount can pull down even a currently profitable airline. Also, it is worth remembering here that two out of three mergers that happen, fail.

While, the debt part of the airline can be handled, how the government handles the employees of Air India, is more important.

As on January 1, 2017, the airline had 18,049 employees. In comparison, IndiGo had 14,576 employees as on March 31,2017. IndiGo also employed 8,225 employees on a temporary/contractual/casual basis. Indigo has 40% share in India’s domestic airline business and is a profitable airline. Air India has 12% of India’s domestic market share and has a 17% share in flights in and out of India and it loses money.

How do things look at the employee cost level? The employee benefit expenses of Air India during 2016-2017, stood at Rs 2,558 crore. This worked out to around 11.5% of the total revenue earned during the course of the year.

In comparison, Indigo spent Rs 2,048 crore and this worked out to around 10.6% of the total revenue earned by the airline during the course of the year. Clearly, the employee cost is much more in case of Air India.

Having said that, the difference is not much but can nevertheless be important in a low margin business like airlines are. For any prospective buyer of Air India, one of the easiest ways to control costs, is to get rid of the non-productive part of the employee base.

But such a situation is likely to arise only if the government is able to sell Air India.

Before that, the employee unions are likely to show their nuisance value by making it as difficult as possible for the government to sell Air India. The social media campaign is
just the starting point. The opposition parties are likely to join in as well.

The Congress politician Manish Tewari recently tweeted about what happens if British Airways buys Air India. He went on to ask, “won’t souls won’t souls of millions of Freedom Fighters who sacrificed everything turn in their graves?”

This is terribly bad rhetoric, given that British Airways was privatised way back in 1987, but then the Congress party has always liked the idea of the government owning public sector enterprises (This is not to say that the Bhartiya Janata Party doesn’t). The British Airways is just another private airline now and one of the most successful privatisations ever carried out in Britain. So, if British Airways buys Air India, it will be a great thing because the airline has some experience in turning around a government owned airline, and running it profitably over the years.

As far as the employees are concerned, their protests are hardly surprising given that most of them have spent their lifetimes working for a government owned company. The future is unlikely to be as cozy as it is under the current owner and they will make every effort possible to ensure that continues.

But the current owner has spent a lot of taxpayer money to keep this airline going. Between April 2010 and December 2017, the accumulated losses of the airline were at Rs 46,256 crore.

The larger point being that every extra rupee that the government spends on this airline, is a rupee taken away from something else. Let’s take the case of defence. In fact, Vice Chief of Army Lt Gen Sarath Chand told a Parliamentary panel sometime back that 68 per cent of the Army’s equipment is in the ‘vintage category’. “Funds allocated is insufficient and the Army is finding it difficult to even stock arms, ammunition, spares for a 10-day intensive war. All the three services are expected to be prepared for at least 10 days of intense battle,” he said. This is clearly not a good trend. There are more important
things that India needs to spend money on than Air India.

Also, if the government is serious about genuine privatisation (and not the kind where LIC buys government’s stake in public sector enterprises) of loss making as well as profitable government companies, it is important that the sale of Air India goes through.

If the 18,049 employees of Air India are allowed to hold the country to ransom then so will the employees of other loss-making government-owned companies like MTNL, BSNL and a whole host of other companies, in the days to come.

If the government doesn’t handle the employees of Air India seriously, then the entire idea of selling Air India, was yet another jumla to come out of this government.

This originally appeared on Firstpost on April 16, 2018.