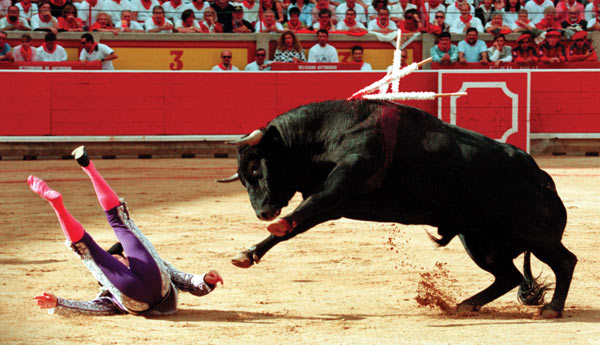 In an era when fixed deposits give a post-tax return of 5% per year, a return of 20% in less than a year, has to be fantastic. Of course, there are many listed stocks which have given more than 20 % returns, during the same period.

When the stock market falls, a new set of investors learn, the same set of lessons all over again. What does this mean?

The price to earnings ratio of the BSE Sensex crossed 26 in late January 2018. This basically means that an investor was willing to pay Rs 26 for every one rupee of earning for the stocks that make up the Sensex.

Between April 2017 and January 2018, the price to earnings ratio of the Sensex had moved from 22.6 to 26.4. This meant that while the price of the stocks kept going up, the profit of the companies they represent, did not move at the same speed. Ultimately, the price of a stock is a reflection of the profit that a company is expected to make.

Such price to earnings ratios, or what the stock market likes to call valuation, were last seen in 2000 and 2008. With the benefit of hindsight, we now know that at both these points of time, the stock market was in a bubbly territory.

In fact, all the occasions when the price to earnings ratio of the stock market was greater than in the recent past, were either between January and March 2000, when the dotcom bubble and the Ketan Parekh stock market scam were at their peak, or between December 2007 and January 2008, when the stock market peaked, before the financial crisis which finally led to many Wall Street financial institutions going more or less bust, broke out.

Nevertheless, the stock market experts told us that this time is different because there was no bubble in the United States of the kind we saw in 2000 or that the financial crisis that broke out in 2008, was a thing of the past. Hence, there was no real reason for the stock market to fall. (Of course, to these experts, the lack of earnings growth did not matter).

The trouble is that when the markets are in bubbly territory, there typically is no reason for them to fall, until some reason comes along. The first reason came in the form of the finance minister Arun Jaitley, introducing a long-term capital gains tax of 10% on stocks and equity mutual funds. This tax will have to be paid on capital gains of more than Rs 1 lakh, starting from April 1, 2018.

Investors took some time to digest this, and the stock market fell by 2.3%, a day after the budget. If this wasn’t enough, the yield on the 10-year treasury bond of the American government came back into the focus.

This yield jumped by around 40 basis points to 2.85%, in a month’s time. This yield sets the benchmark interest rates for a lot of other borrowing that takes place. In the aftermath of the financial crisis that broke out in September 2008, the central banks of the Western world, led by the Federal Reserve of the United States, printed a lot of money to drive down interest rates.

This was done in the hope of people borrowing and spending money and the economies recovering. That did not happen to the extent it was expected. What happened instead was that large financial institutions borrowed money at low rates and invested them in stock markets all across the world. This phenomenon came to be known as the dollar carry trade.

All this money flowing in drove up stock prices. The problem is that as the 10-year treasury bond yield approaches 3 %, dollar carry trade will become unviable in many cases. Given this, many carry trade investors are now selling out of stock markets, including that of India.

The larger point here is that nobody exactly knows when the stock market will reverse. The way the market has behaved over the last few days, has proved that all over again.

Also, the stock market, when it falls can fall very quickly. The last generation of stock market investors learnt this when the BSE Sensex fell by close to 60 % between January 9, 2008 and October 27, 2008.

Is it time for this generation of stock market investors to learn the same lesson all over again? On that your guess is as good as mine.

The column originally appeared on Firstpost on Feb 6, 2018.