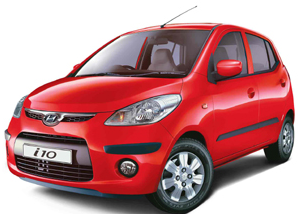 A few days back I was at a friend’s party. I was introduced to other men at the party and soon they were all talking about the latest cars to hit the market. This basically played into the stereotype of putting four men in a room and once they are done talking about their jobs, they will be talking about cars.

And to be very honest, the only two cars that I can confidently recognise at any point of time are the Ambassador and the Premier Padmini (better known as the Fiat). Both these cars aren’t produced anymore.

For a long time, I felt that I was one of the few people who thought that modern cars look very similar. It turns out I was wrong. Cars that are produced these days do look the same. In his book Scale—The Universal Laws of Growth, Innovation and Sustainability in Organisms, Economies, Cities and Companies, Geoffrey West, talks about how different the 1927 Rolls-Royce and the 1957 Studebaker Hawk were from the “relatively boring-looking 2006 Honda Civic or a 2014 Tesla”. The modern cars might be far superior machines than the cars made earlier, but it is difficult to differentiate one from the other, unless you are really into them.

What has happened here? As West writes: “It represents the transition from a primitive trial-and-error, rule-of-thumb approach that served us well for thousands of years towards a more analytic and principled scientific strategy for solving problems and designing modern artifacts ranging from computers and ships to airplanes, buildings, and even companies… Sophisticated computer analysis are now central in the design process… The phrase “computer model” is now an integral part of our vocabulary.” It is also used to design cars.

This has led to an unintended consequence, something which wasn’t really planned for but has happened and become a part of our lives, without us really realising about it.

As West writes: “One of the curious unintended consequences of these advances is that almost all automobiles, for example, now look alike because all manufacturers are solving the same equations to optimize similar performance parameters. Fifty years ago, before we had access to such high-powered computation and therefore less accuracy in predicting outcomes, and before we became so concerned about fuel performance and exhaust pollution, the diversity of car design was much more varied and consequently much more interesting.”

The point being that most companies that produce cars are using more or less the same science to produce it, and given that most cars now look more similar than they did in the past, when trial and error was a part of the solution. Now, it isn’t.

As a result, what we have now are much superior machines, but their sameness makes them all so boring to look at. And cars, after all, aren’t all about acceleration, though some people may not agree on this.

The column originally appeared in the Bangalore Mirror on October 4, 2017.