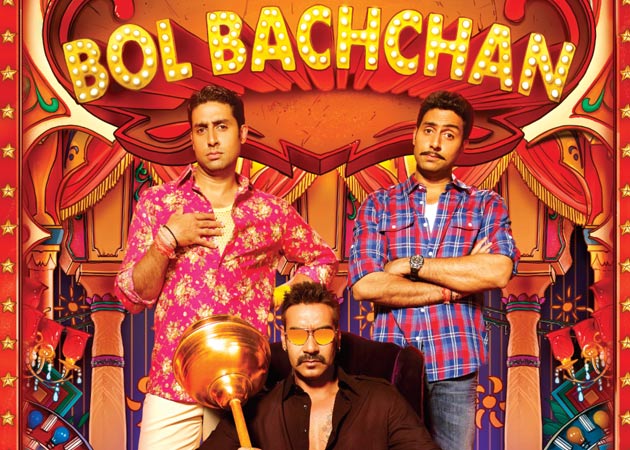 One of the issues that I have often written about in the Diary is black money.  And I honestly feel that the total amount of black money going around in India will come down only once the electoral funding of political parties is cleaned up. This is an issue I have been talking about for a while now, and I first started writing about it even before notebandi happened, and the issue wasn’t fashionable enough.

Unless electoral funding of political parties is cleaned up, the other steps taken are what we in Mumbai lingo call bolbachan. Simply translated this means just plain talk and nothing else.

In the budget (or the annual Finance Bill of the government) presented on February 1, 2017, a few amendments which were supposed to clean up electoral funding of political parties, had been proposed.

Over and above these steps, a few other amendments were introduced as a part of the Finance Bill for 2017. The Bill was finally passed a few days back on March 30, 2017. These amendments along with the steps proposed earlier at that point of time when the budget was presented, essentially make sure that the Indian electoral finance system will continue to remain as opaque as it was. Or to put it simply, we went one step forward and two steps back at the same time.

Let’s examine the issues one by one.

a) One of the steps proposed in the budget was that the “maximum amount of cash donation that a political party can receive will be Rs 2,000/- from one person.” Earlier, this limit was Rs 20,000. Further, the political party did not have to declare the names of people contributing up to Rs 20,000.

The total amount of cash donation that a political party can receive has been lowered to Rs 2,000. This means political parties can still receive donations in cash. This basically means that the black money can still be channelised into electoral donations. Of course, all this has done is increase paper work. Instead of one receipt of lower than Rs 20,000 that used to be made earlier, multiple receipts of less than Rs 2,000 will now have to be made, to get around to the current rule.

As C Rammanohar Reddy writes in Demonetisation and Black Money: “The practice so far has been to split up large collections of black money into individual donations, each less than Rs 20,000 so that the anonymity of the source is maintained. The new rule only makes this more difficult; it does not prevent it… The Rs 2,000 rule will continue to keep the door open for black money.”

Some of you might feel that I am being sceptical here, but what else can one be regarding Indian political parties. Interestingly, while the cash donation limit has been reduced to Rs 2,000, political parties still don’t have to disclose the names of people donating of up to Rs 20,000.

As Milan Vaishnav the author of  When Crime Pays: Money and Muscle in Indian Politics pointed out in a recent column: “While the government has lowered the cash limit to Rs. 2,000, it has not touched the disclosure threshold, which remains at Rs 20,000. Politicians are already privately joking that the new cash cap will easily be gamed; the only difference is that their chartered accounts will demand a raise.”

This is the point I had made about bolbachan—just talk without any concrete steps that are likely to make a material difference. On the face of it, this seems like a move which basically makes sure that any donation of greater than Rs 2,000 made to a political party will have to made through the banking system. But as mentioned earlier, the donation can easily be split into multiple transactions and black money can continue to finance political parties.

b) In his budget speech, the finance minister Arun Jaitley had introduced the concept of electoral bonds. As he had said: “An amendment is being proposed to the Reserve Bank of India Act to enable the issuance of electoral bonds in accordance with a scheme that the Government of India would frame in this regard. Under this scheme, a donor could purchase bonds from authorised banks against cheque and digital payments only. They shall be redeemable only in the designated account of a registered political party.”

The proposed electoral bond is a bearer bond. As Reddy points out: “It would seem that the idea is for the RBI to issue electoral bonds, which individuals/organisations can purchase at banks (by cheque, thus keeping out unaccounted cash). The buyers can donate these bonds to political parties, which can deposit them only into their bank accounts. Because they are bearer bonds the banks will know the identity of the buyer, but the political parties receiving them would not know who the donor is. This opacity about the donor may free the political party from returning favours. However, the interests of transparency are not met by such features. In any case, which donor would not want his identity to be known to the recipient political party?”

Interestingly, the Wall Street Journal points out that the bearer bonds were phased out in the  United States, in the 1980s “because they are anonymous and easily used by money launderers and tax evaders.”

And this precisely what the electoral bonds will encourage in India as well, as we shall see.

Getting back to the point, the electoral bonds seem to move things above board. Hence, instead of donating cash to a political party, a donor can now use the banking system.

The trouble is this that the electoral bonds need to be seen together with other amendments which were introduced towards the end and were not originally a part of the Finance Bill.

The recently passed Finance Bill of 2017 does away with these needs. What does this basically mean? It essentially means that a company can donate any amount of money to a political party without the company or the political party having to disclose it. And this, in a country like India, where the governance mechanisms are shaky, makes for a deadly combination.

This is precisely the fear that led to the phasing out of bearer bonds in the United States. As Reddy writes: “The donor’s books will only record that bonds have been bought, they will not record who the bonds have been donated to. The political party receiving the bonds will record receipt of the bonds but the identity of the benefactor will not be known. This is the perfect cover of the anonymity for pay-offs to take place. It would seem that the business-politics links are going to be strengthened and not weakened with such ‘reform’.”

As a senior CAG official told The Telegraph: “This means, for example, that an infrastructure firm could theoretically pay up to 50 per cent of its net profits to a single party as donation without anyone getting wiser as to which party has been paid… this throws open the possibility that an order to build a highway or a railway bridge could be given to a firm and that firm could pay the donation to the party in power which placed the order with it… The beauty is that if this happens, it will be legitimate and no questions can be asked by any ethics committee of Parliament or by any CAG audit.”

To cut a long story short, these changes will take the corporate-politico nexus to altogether another level. We have seen in the past how the nexus has messed both the real estate and the banking sector in India. It remains to be seen how the consequences of this year’s changes in the Finance Bill pan out.

Of course, while the political parties can continue to be opaque and non-transparent, come July 1, 2017, all income tax payees will compulsorily need to quote their Aadhaar number while filing their income tax returns.

Welcome to the new India. As I said earlier, it’s all about bolbachan.

The column originally appeared on Equitymaster on April 4, 2017