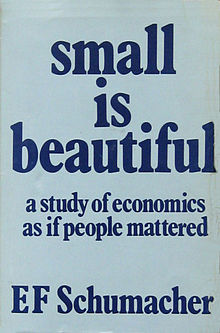 Many people these days find it difficult to believe that the Chinese per capita income was lower than the Indian per capital income up until 1990. Only in 1991, did China go ahead of India.

Hence, the Indian per capita income is 80 per cent less than that of China, though a little over half a century back we were at the same level. There is a lot that China did in between and India did not. Trying to summarise that in one column of around 650 words is not possible. Nevertheless, there is one basic point that needs to be made.

China benefitted from a massive economy of scale in its manufacturing sector. Economy of scale essentially refers to the savings in costs as companies grow bigger and produce more. As George Stigler writes in The Scandal of Money: “Perhaps the most thoroughly documented phenomenon in all enterprise, learning curves ordain that the cost of producing any good or service drops by between 20 percent and 30 percent with every doubling of total units sold. The Boston Consulting Group and Bain & Company charted learning curves across the entire capitalist economy, affecting everything from pins to cookies, insurance policies to phone calls, transistors to lines of code, pork bellies to bottles of milk, steel ingots to airplanes.”

The point being that as companies grow bigger and produce more, the economy of scale essentially ensures that costs keep coming down. This makes companies more and more competitive as they keep growing bigger. As Stigler writes: “Growing apace with output and sales is entrepreneurial learning, yielding new knowledge across companies and industries, bringing improvements to every facet of production, every manufacturing process, every detail of design, marketing and management.”

China’s manufacturing sector was built on large factories churning out stuff at rock bottom prices, allowing them to compete all over the world.

This is something that the Indian industry in general and manufacturing in particular totally missed out on. The National Manufacturing Policy of 2011 estimated that the number of Small and Medium Enterprises (SMEs) in India stood at over 26 million (2.6 crore) units. They employed around 59 million (5.9 crore) people. This means that any SME, on an average, employed 2.27 individuals.

The Boston Consulting Group estimated that 36 million (3.6 crore) SMEs (or what it calls micro-SMEs) employ over 80 million (8 crore) employees. This means that any SME, on an average, employs 2.22 individuals. These firms are responsible for 45 per cent of the manufacturing output of the country.

What this tells us is that an average Indian manufacturing firm is very small. It lacks economies of scale and in the process is not able to compete internationally and even locally. This explains why so many products that we use in our daily lives are now Made in China.

One area where this is more than obvious is in the apparel sector. The Chinese are vacating this sector given that their labour costs are going up. It was expected that India would capture this vacant space. But that is not happening because Indian apparel firms lack scale.

As the latest Economic Survey points out: “One symptom of labour market problems is that Indian apparel and leather firms are smaller compared to firms in say China, Bangladesh and Vietnam. An estimated 78 per cent of firms in India employ less than 50 workers with 10 per cent employing more than 500. In China, the comparable numbers are about 15 per cent and 28 per cent respectively.”

The column originally appeared in the Bangalore Mirror on March 15, 2017