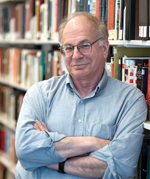 One story that constantly get splashed across Mumbai tabloids (the city I live in) is that of chain snatching. Almost all such newsreports give a feeling that the city is no longer as safe as it used to be.

But is this true? As Daniel Levitin writes in A Field Guide to Lies and Statistics: “We assume newspaper space given to crime reporting is a measure of crime rate. Or that the amount of newspaper coverage given over to different causes of death correlates to risk. But assumptions like this are unwise.”

Psychologist Daniel Kahneman calls this phenomenon “what you see is all there is” or WYSIATI. As he writes in Thinking, Fast and Slow: “The confidence that individuals have in their beliefs depends mostly on the quality of the story they can tell about what they see, even if they see little. We often fail to allow for the possibility that evidence that should be critical to our judgement is missing—what we see is all there is.”

Hence, what we believe in tends to get decided by what we see, and in the process, we tend to ignore the evidence that we should be really looking for. Take the case of the chain snatching in Mumbai that I talk at the beginning of the column. Any standalone chain snatching incident on its own should not lead us to draw broader conclusions. Nevertheless, that is precisely what we do, concluding that the city is more unsafe than it was in the past.

As per these figures, Mumbai is safer on the chain snatching front than it was in the past. But given that these data points rarely get reported that is not the impression that people have of the city. As Levitin writes: “Cognitive psychologist Paul Slovic showed that people dramatically overweight the relative risks of things that receive media attention. And part of the calculus for whether something receives media attention is whether or not it makes a good story. A death by drowning is more dramatic, more sudden, and perhaps more preventable than death by stomach cancer—all elements that make for a good, though tragic, tale.”

Given this, drowning deaths tend to get reported more than deaths by stomach cancer. This  leads people to erroneously believe that they are more common, which is not the case. As Levitin writes: “About five times more people die each year of stomach cancer than of unintentional drowning… Misunderstandings of risk can lead us to ignore or discount evidence we could use to protect ourselves.”

And that brings us back to the original question, is what you see really in the media all there is? Now that is something worth thinking about.

The column originally appeared in the Bangalore Mirror on February 15, 2017