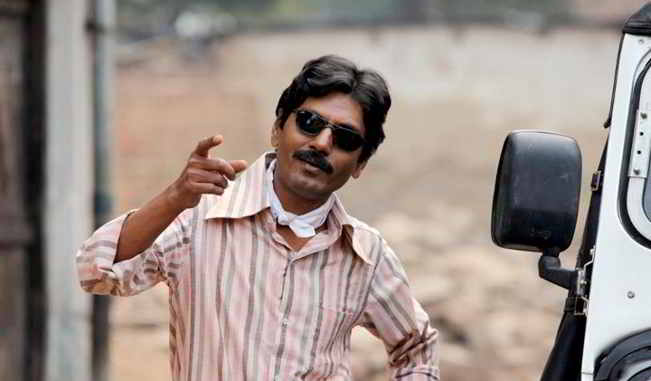 In the movie Gangs of Wasseypur directed by Anurag Kashyap, Nawazuddin Siddiqui, plays a character called Faizal (but pronounced Faijal). In the movie, Faizal is shown to be doped all the time, even though he is a part of a mafia family.

The story of the movie is set around the coal mafia in Dhanbad in Jharkhand.

The rival mafia family kills Faizal’s father and elder brother. Faizal promises to avenge their death and tells his mother: “sabka badla lega re tera faijal (your Faijal will avenge everyone’s death).” Though no one takes Faizal seriously when he says this, he eventually does avenge the deaths of his father and brother, and is killed in the process.

In avenging his father’s and brother’s death, Faizal essentially shows the ‘Our Boys Didn’t Die in Vain’ syndrome. This syndrome is seen in several areas of life including wars.

Yuval Noah Harari explains this in the context of Italy in Homo Deus—A Brief History of Tomorrow. In 1915, Italy entered the First World War with the aim of liberating two territories held ‘unjustly’ by the Austro-Hungarian Empire. The Italian politicians gave fiery speeches motivating thousands of Italians to join the Army and fight. Caught up in the emotion of the moment, Italians thought it would be a walkover.

In fact, after losing the first of the eleven battles, the Italian politicians had a choice of admitting their mistake and signing a peace treaty. If they had signed the peace treaty it would have meant admitting that those who had died in the battle, had died in vain. As Harari writes: “How could go the politicians go to the parents, wives and children of 15,000 dead Italian soldiers, and tell them: ‘Sorry, there has been a mistake…But your Giovanni died in vain, and so did your Marco.’”

The other option was to say that Giovanni, Marco and everyone else who had died were heroes, who did not die fighting in vain and continue fighting. Over and above the politicians telling the parents that their children had died in vain, it is even more difficult for parents to admit that their sons had died in vain fighting on the battlefront. The same stands true for soldiers who were crippled but did not die. So the Italians continued fighting and ultimately ended up with Benito Mussolini and his fascists at the top. This ultimately led to the Second World War.

Wars and mafia are not the only places where ‘Our Boys Didn’t Die in Vain’ syndrome,’ is seen. It is seen in various other areas of life as well. As Harari writes: “Not only governments fall into this trap.” The economists call it the sunk-cost effect or to put it simply, the escalation of commitment. It is often seen in the form of companies holding on to floundering projects.

As Daniel Kahneman writes in Thinking, Fast and Slow: “The escalation of commitment to failing endeavours is a mistake from the perspective of the firm but not necessarily from the perspective of the executive who “owns” a floundering project. Cancelling the project will leave a permanent stain on the executive’s record, and his personal interests are perhaps best served by gambling further with the organisation’s resources in the hope of recouping the original investment—or at least in an attempt to postpone the day of reckoning.”

Other than CEOs hanging on to projects, it also leads to people hanging “too long in poor jobs” as well as “unhappy marriages”. As Harari explains it, people “would much prefer to go on suffering in the future, just so it won’t have to admit that our past suffering was devoid of all meaning.”

The column originally appeared in the Bangalore Mirror on October 5, 2016