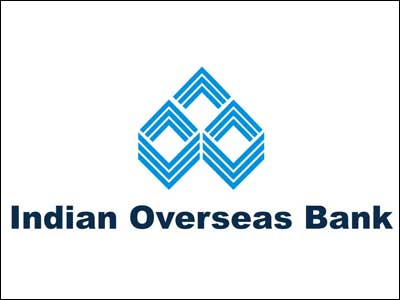 That we are financially illiterate nation is a given. But even with this disclaimer I am sometimes amazed at how lackadaisical people are when it comes to their money.

This basically means that close to one-fifth of the loans given by these banks have not been repaid. The question is how do these banks or for that matter any bank, give loans? A bank raises deposits and then gives out those deposits as loans.

Of course, if the loans of a bank are not being repaid, it’s chances of returning deposits are also low. At least, that is how things should work in theory. But that is not the case primarily because everyone knows that a government is not going to let a public sector bank go bust. (Actually, the government won’t let even a private sector bank go bust, but that is a story we will leave for another day).

And this explains why people still have their money deposited with these banks. Take the case of Indian Overseas Bank. As on June 30, 2016, the total deposits with the bank stood at Rs 2.18 lakh crore, in comparison to Rs 2.32 lakh crore a year earlier. Now that is a fall of 5.85 per cent.

How do things look for UCO Bank? I couldn’t find the deposits of the bank as on June 30, 2016, and hence, have worked with March 31, 2016, numbers, which are good enough to make the point I am trying to make.

While the investors in the stocks of these banks have realised the true situation that these banks are in, the same cannot be said about the depositors. The explanation for this is fairly straightforward. Most depositors do not keep track of the state of the bank they have deposited their money in, especially if it happens to be a public sector bank.

The de facto assumption is that money deposited in a public sector bank is safe, which it is. Nevertheless, if at all there is trouble, there might be transitional problems and during that period liquidity of these deposits might be an issue.

So, the bad loans of State Bank of India are lower than that of both Indian Overseas Bank as well as UCO Bank. At the same time, they have gone up at a much slower pace. In case both Indian Overseas Bank and UCO Bank, the bad loans have more than doubled over the last one year. This is clearly not the case with State Bank of India.

Hence, even those depositors who like to hold their deposits in government owned banks, the State Bank of India, is a much safer bet. Also, it is the biggest government bank and the government has the most interest in keeping it going.

The only place human beings are known to be rational are in theoretical economics. In real life they clearly not. The above example clearly shows us that. The reasons of people holding on to deposits in Indian Overseas Bank and UCO Bank can be multiple

Nevertheless, none of these reasons is a rational one because the fixed deposits of these two banks do not pay a higher rate of return for the extra risk that the people are taking on.

The column originally appeared in Vivek Kaul’s Diary on August 16, 2016