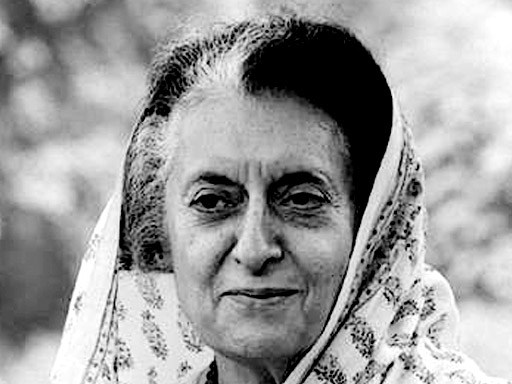 In the year 1969, Indira Gandhi split from the Congress party, to form her own Congress party. At that point of time, Gandhi was worried that the corporates would back the parties which opposed her.

Hence, she banned corporate donations to political parties. As Vijay Joshi writes in India’s Long Road—The Search for Prosperity: “One of the watershed moments in the history of corruption was the ban on corporate donations to political parties imposed by Mrs Indira Gandhi in 1969 because she was concerned about the money that would flow into the coffers of the right wing parties that opposed her.”

Of course, this did not stop corporates from donating money to political parties; it only drove them underground, into black money. This ban was lifted in 1985, after the assassination of Gandhi in October 1984. But the black money-non transparent nexus of businesses and politicians has continued since then.

Nevertheless, there is some very good research evidence to suggest that businesses do pay politicians before elections. In a paper titled Quid Pro Quo: Builders, Politicians, and Election Finance in India Devesh Kapur and Milan Vaishnav look at cement consumption of builders to show that builders make payments to politicians.

Hence, cement consumption can be tracked to figure out whether real estate companies are actually financing politicians.  Kapur and Vaishnav looked at elections in seventeen Indian states between 1995 and 2010. They found a “contraction in cement consumption (representing a 12 to 15 percent decline) during the month of state assembly elections”. What this clearly tells us is that real estate companies do finance state level politicians, as is commonly inferred.

In fact, there is more evidence of businesses financing the electoral ambitions of politicians through black money. Sandip Sukhtankar looks at this phenomenon in a research paper titled Sweetening the Deal? Political Connections and Sugar Mills in India.

As he writes: “The cane price falls by approximately Rs 20 in politically controlled mills during election years. These drops translate to an economically significant drop in revenues of Rs 60 lakh (US$ 135,000) per election year per mill. Evidence suggests that the profit decline is not due to effects on mill operations, but rather due to appropriation of funds for electoral purposes… From the perspective of farmers, this fall in prices could represent either pure theft by mill chairmen, or indirect campaign contributions.”

So what is the way out of this? Companies are allowed to take tax credits for corporate donations i.e. they can make a deduction of the amount of political donation while calculating their taxable income. But this hasn’t’ helped. As Joshi writes: “Tax credits do not work because corporates prefer secrecy: they are risk-averse and fear reprisals from parties that win election for donations given to their opponents.”

And so the story continues!

The column originally appeared in the Bangalore Mirror on July 20, 2016