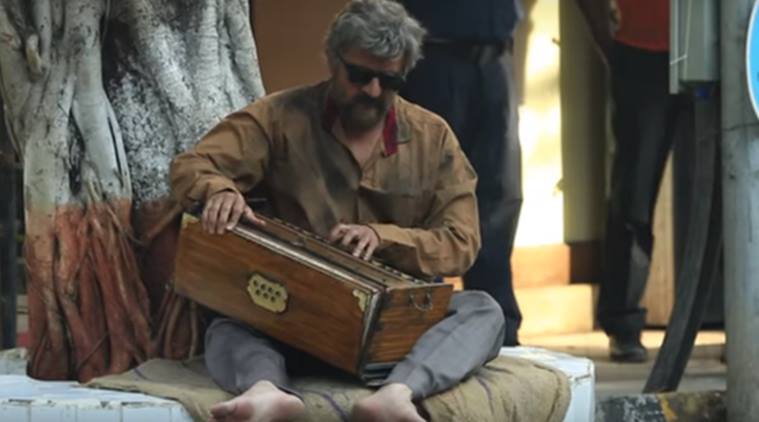 Recently, the singer, Sonu Nigam, was a part of an interesting experiment. He disguised himself as a poor old man, went and sat on a road and started singing what is probably his most famous song till date (the title song of Kal Ho Na Ho).

Initially no one stopped to listen to his melodious singing. Gradually a few people gathered and in the end one youngster quietly passed him Rs 12 to have breakfast. But ultimately no one recognised that the old man sitting and singing on the street, was none other than Sonu Nigam.

A similar experiment was carried out by the Washington Post newspaper a few years back. In this experiment the Grammy Award winning violinist Joshua David Bell played his music incognito, at a subway station in Washington.

Bell played for 43 minutes. During the time he played, 1097 people crossed him. Of these, 27 people gave money and Bell managed to earn $32.17. In the end only one individual recognised Bell.

So what is the point of these experiments? Before I get around to answering this question, I want to talk about the famous invisible gorilla experiment. The crime fiction writer Jorn Lier Horst describes the experiment in his book Ordeal: “There’s a film of a basketball court with five players in each team…Before they start the film, you are told to count how many times the players in white throw the ball to one another. In the middle of the game, a man in a gorilla costume comes on to the pitch. Afterwards, there are no questions about how many passes there were, but whether anyone noticed anything else.”

As it turns out, many people don’t notice the gorilla, even though the individual wearing the gorilla stays on the screen for a total of 9 seconds. Over the years, many people have seen the experiment and around half of them do not see the gorilla, as they are busy counting how many times the players wearing white throw the ball at another.

As Margaret Heffernan writes in Wilful Blindness – Why We Ignore the Obvious At Our Peril: “The experiment has been shown repeatedly, around the world, in front of diverse audiences. I first saw it in Dublin, in an audience full of executives. Like them, I was so focussed on counting the passes I never saw the gorilla.”

In fact, people who miss the gorilla, refuse to believe that he appeared in the video at all. As Daniel Kahneman writes in Thinking, Fast and Slow: “Indeed, the viewers who fail to see the gorilla are initially sure that it was not there—they cannot imagine missing such a striking event.”

What does the experiment tell us? As Horst writes: “It demonstrates how unobservant we are. That something quite crucial can be missed because we are engrossed in something else…And that’s mainly how it is when we are preoccupied.”

The reason many people do not see the invisible gorilla is the same reason why people did not recognise Nigam singing on the road or Bell playing in the subway station. They were too busy to notice these excellent artists. They were in a hurry to reach somewhere in case of Nigam, and too catch a local train in case of Bell.

As Kahneman writes: “Intense focussing on a task can make people effectively blind, even to stimuli that normally attract attention…The gorilla study illustrates two important facts of our minds: we can be blind to the obvious, and we are also blind to our blindness.”

A good example of this blindness these days is people being absorbed with their mobile phones while walking on the road or crossing the street. They are busy WhatsApping, listening to music or just calling someone. And in a few cases, they are totally blind to the oncoming traffic and accidents do happen.

The more important point being that the ability of human beings to do two things at the same time, is extremely limited. Nevertheless, most people don’t realise this.

The column originally appeared in the Bangalore Mirror on June 8, 2016