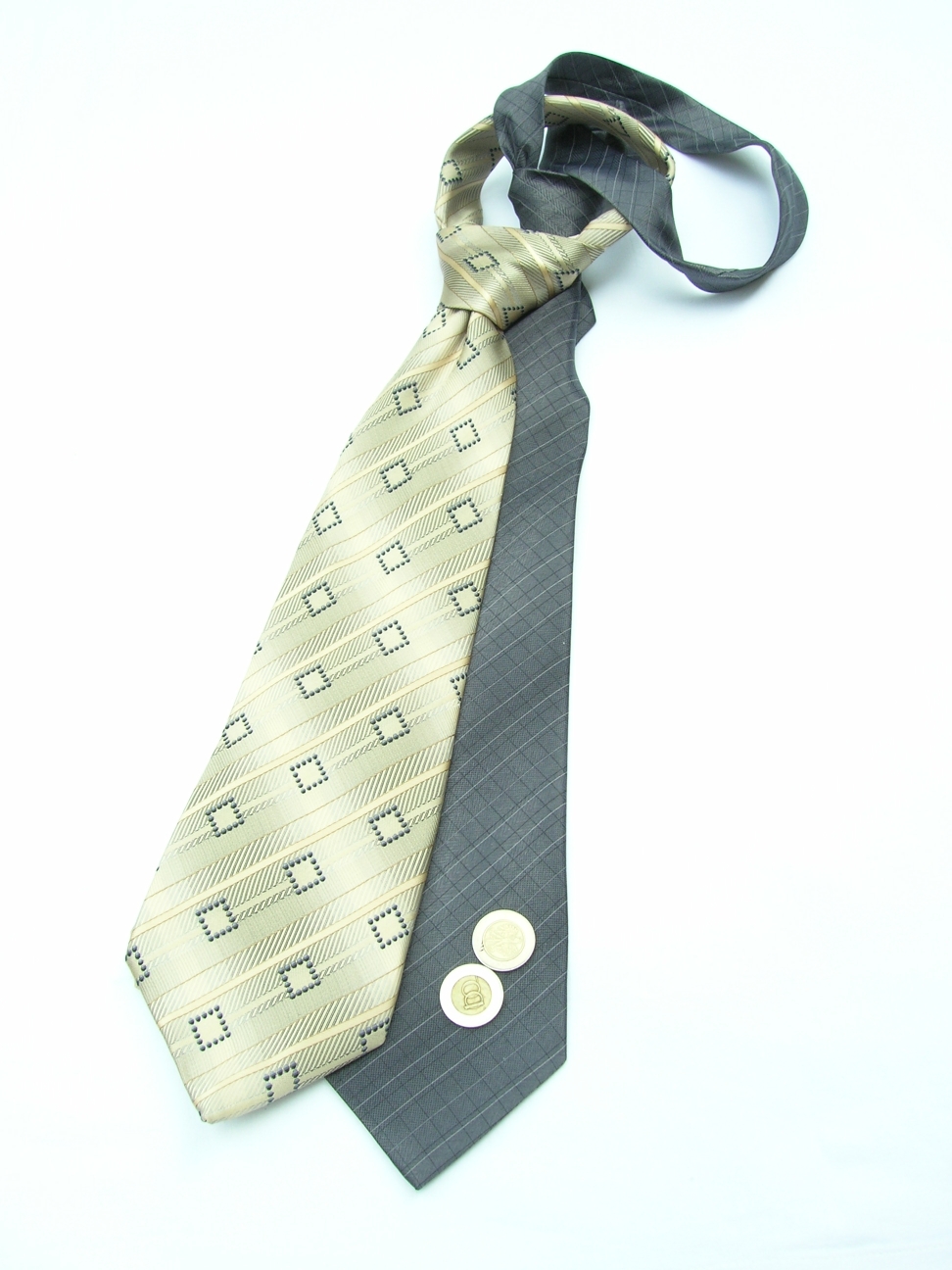 This is a question I have often asked people but never have got a convincing answer for—why do  men wear neck-ties? Come to think of it, why do men like the idea of an expensively priced piece of cloth, hanging from their necks.

Some people have told me that during winters it just makes their necks feel warm. But large parts of India barely have any winter. In sweaty places, neck-ties can actually lead to a lot of itching.

Some others have told me that it makes them look smart. Really? A piece of cloth hanging from your neck makes you look smart?

An interesting response I got from a friend who loves his neck-ties was that ties are to men what earrings are to women. “On a day I am feeling gloomy I wear a grey coloured tie. On a brighter day a red tie or perhaps that yellow tie with red dots that my wife gave me,” he said.

And still some others have told me that it helps them distinguish between office time and personal time. While they are wearing a tie, it’s office time. But the moment they take it off, the office time is over. From a very rational perspective this doesn’t make much sense, but from a psychological one, perhaps it does.

These days everyone from a door to door salesmen to those selling credit cards wear ties. Now does that inspire confidence among their prospective customers and lead to higher sales? Not really. Also does wearing a necktie lead to higher intelligence or the ability to think about the organisational problems in a better way?

I have thought about this issue considerably and come to the conclusion that companies which do not want their employees to do much thinking and carry out the same set of activities over and over again are the ones where the tie-wearing culture prevails (like in banking). Any company or organisation which is trying to innovate and do something new, or make real time decisions, will not insist on its employees wearing ties.

Take the case of the British Medical Association, the professional body for 1,70,000 doctors in United Kingdom. Their dress code policy states very clearly that it is a poor practice to wear neck-ties when providing patient care. Also, bacteria tend to accumulate on ties.

Jonathan Wells writing in The Telegraph newspaper (published in the United Kingdom) points out that innovative companies like Google, Facebook, Ikea and Amazon have banned their employees from wearing neck-ties. In fact, the Facebook chief executive officer Mark Zuckerberg wears t-shirts to even black-tie events.

This further buttresses my point that those who wear neck-ties are just attempting to fit in. In fact, behavioural economist and psychologist Dan Ariely talks about this in Behavioural Economics Saved my Dog. He writes that many professional meetings require a dress code. He on the other hand likes to feel comfortable while giving lectures and so wears what he calls an Indian shirt (he perhaps means what we call a kurta).

And he explains this as follows: “I reckoned that as long as I am wearing clothes from a different culture, no one who is politically correct (and this includes almost everyone in the West) could complain that I’m underdressed. After all, any such critic would be offending the whole subcontinent.” And if Ariely is wearing a kurta he doesn’t have to wear a neck-tie.

It’s a pity that this won’t work in India.

The column originally appeared in the Bangalore Mirror on February 28, 2016