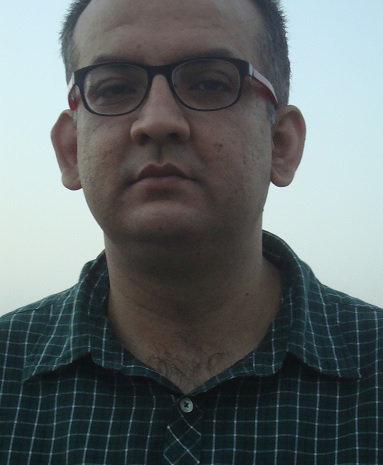 This is a special edition of the Diary. I was recently interviewed by the Inner Circle newsletter of Bonner & Partners based in the United States.

I am reproducing the complete interview here. These answers are generally themes that I write about and they will give you a good summary of my views on various issues that face Indian economy right now.

Vivek Kaul
Inner Circle (IC): Investors expected big things from India’s new prime minister, Narendra Modi, who was sworn into office in May 2014. For a time, at least, those expectations were reflected in a rising Indian stock market. The MSCI India Index surged 24% in 2014. But the “Modi Bounce” peaked early last year. Since then, Indian stocks are down 17% [they have fallen further since the interview happened]. I know you’ve been skeptical of Modi’s ability to push through tough economic reforms. Is he going to prove you wrong in 2016?

When Modi came to power, there was this expectation that he would start what we in India call the “second generation” of economic reforms. The first generation of reforms started in 1991 under prime minister P. V. Narasimha Rao. These were largely focused on opening up product markets – cars, mobile phones, etc. You couldn’t find many of these things in India in the early 1990s, when these reforms were underway. Human desire was limited to buying a Bajaj scooter…or, at best, an Ambassador car.

Why do you say that?

There has been no effort at all to sell those companies or even shut them down. In fact, the Modi government has committed to shutting down just one state-run company – that makes watches! All the other companies continue to operate. Close to where I live, there is a company called the National Bicycle Corporation of India. The company continues to exist.

Is there a lot of corruption and grift going on in these state-run firms? Is that why the government isn’t doing more to shut them down?

What keeps them going, then? Why isn’t the government shutting them down?

You know what happens when an unpopular decision is made by the government? There are protests. The media catches on. There’s always a human interest story involved. You know the type of thing – “What will these guys do?”… “They’ve been working here for 30 years”…“They can’t do anything else”… and so on… and so on.

Any government that’s willing to take these state-run companies on has to be prepared to meet these protests head on. For example, say the government decided to shut down our national airline, Air India. The opposition parties would portray it as a national shame… or a national scandal…. then some leftist thinkers will latch on to it. The point is that if the government wants to push through these kinds of reforms, it needs to be firm about it. And that’s not happening.

Why can’t India just chug along as a centrally planned economy? There are people who’d argue that this model of growth is perfectly okay.

Let me give you a concrete example of what I mean…India’s neighbour Bangladesh has a population of about 150 million. But it exports more textiles than India, which has a population almost eight times larger. That’s because an average Indian textile firm employs only about eight people.

As a business, once you hit double digits when it comes to number of employees, you need to follow so many regulations and deal with so much red tape, it just doesn’t make any sense. So, you continue to stay small.

That’s less efficient at a company level. It’s also a major roadblock for the Indian economy as a whole. Because you create employment – and this has been observed the world over – when small companies become big companies. That’s how you employ many, many people. Once businesses are already big, they don’t take on new employees. They even fire people, due to earnings pressure, a squeeze on margins, and competition from leaner, smaller outfits.

So, India needs small companies to become big companies. For that to happen, we need better physical infrastructure – more ports, electricity that is reliable, and better roads. We also need better labour laws to make it easier for entrepreneurs to grow their businesses. The Modi government hasn’t delivered on that, except perhaps for roads, where there seems to be some activity happening. That’s bad for job growth… and it’s bad for the economy as a whole.
What else should U.S. investors know about India before deciding whether to invest there?

One big theme I’ve been covering for my readers is the problem with how India calculates its economic growth. The Indian finance minister, Arun Jaitley – who is more or less the official spokesperson for the Modi government – recently boasted that India could shoulder some of the global growth contribution previously made by China.

His comment followed news that Chinese economic growth fell to a 25-year low of 6.9% in 2015. That means, going by the official figures at least, that India is the fastest-growing major economy in the world. From July to September 2015, Indian GDP grew at a pace of 7.4%.

Are you saying you don’t trust the government’s figures?

The gross domestic product(GDP) is ultimately a theoretical construct. For it to be a useful guide for investors, it should reflect economic reality. The Indian GDP numbers aren’t in sync with the reality on the ground in India.

Can you give me an example of what you mean?

Why is that important?

Give us some more numbers…

And bank loan growth, another good proxy for consumer demand, has also been in single digits this year – at about 8-9%. That’s around half of what it used to be until a few years back. This tells you that India can’t possibly be growing at over 7%, as the government claims.

Are you saying that the Indian government is fudging the data?

Many investors have come to that conclusion about official Chinese economic data. I don’t think the Indian government is fudging the data. That would be giving too much credit to our bureaucrats. What happened is that last year, India changed the way it calculates GDP. Even though you’ll read in the mainstream press that this new way of crunching the numbers is in line with international norms, something is not right about it. The official numbers just don’t reflect what we’re seeing happen on the ground.

If you calculate India’s GDP by using the old methodology, what you find is that India is growing at a pace closer to 5%. To me, this is a lot more realistic.

Five percent growth is still fast when compared to the rest of the world. A lot of countries would love to be growing at that kind of clip.

That’s true. But for India, it’s not good enough. A significant part of the Indian population continues to live in poverty. Up until the recent slowdown, China grew at an average pace of about 10% for roughly 15 years. Only because China was able to grow at the kind of pace was it able to pull so many people out of poverty.

The worrying thing in India is that close to 13 million people enter the workforce each year. And that’s set to continue until 2030. This is what we call our “demographic dividend.” But if this dividend is not taken care of, it could turn around pretty quickly and hurt us. What your readers need to be aware of is that there aren’t enough jobs right now for that to happen.

Indian economic data, as I said, can be sketchy. But from what we know, the rate of population growth is outpacing the rate of job growth in India. As one of the speakers at the recent Equitymaster conference warned, if that continues to happen, the reaction from India’s poor could make the Arab Spring could look like a joke.

I’m not saying your readers shouldn’t invest a portion of their portfolio in Indian stocks. But they need to be aware that there’s a lot more to the growth story here than they’ll typically read about in the mainstream press. And in my view, at least, the real story on the ground is a lot less bullish for the economy and for the stock market than most people believe.

This interview appeared in the Vivek Kaul Diary on February 18, 2016