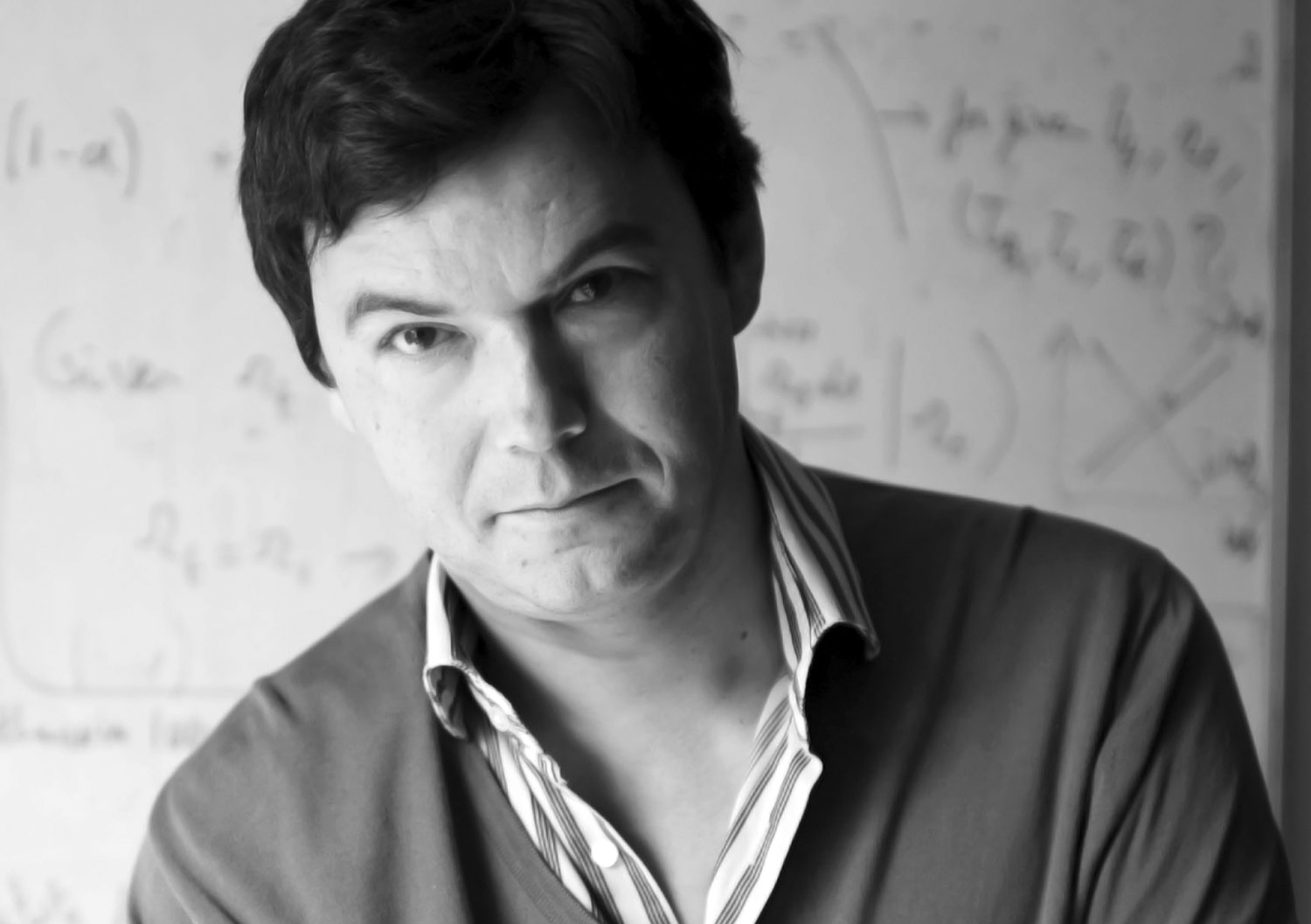 This is something I wanted to write last week but could not given that Satyajit Das’s three part interview took up all the space.

The French economist Thomas Piketty was in Delhi recently to launch the Hindi edition of his book Capital in the Twenty First Century, among other things. During the course of an interview to The Hindu, Piketty said: “I hope the Indian elite will behave much more responsibly [in paying more taxes] than the western elite did in the 20th century.”

Piketty wants India’s elite to pay more tax to ensure that the income inequality in India comes down. In another interview to the Mint newspaper Piketty said: “India is a relatively high inequality country with a very strong legacy of extreme inequality for centuries between groups.”

Piketty feels that India’s income inequality is close to that of Brazil and South Africa with the top 10% making 50-60% of the total income. Piketty also feels that the income inequality in India may have gone up in the recent past. As he told The Times of India in an interview in November 2015: “The share of India’s national income going to top percentiles declined in the decades following independence, but has been rising since the 1980s-1990s, and is now back to pre-Independence levels, or maybe has surpassed them. The problem is that we do not really know, because it has become impossible to access income tax statistics.”

This income inequality can be addressed by taxing the rich more, feels Piketty.

[In fact, everyone does not agree with Piketty’s view of income inequality in India. Here is another view.

As Tim Harford writes in The Undercover Economist Strikes Back: “There simply isn’t enough money in India yet for it to be unequal.”

Harford explained what he meant by this in an interview to me where he said: “The World Bank economist Branko Milanovic has this idea of the “inequality possibility frontier”. Imagine an extremely poor subsistence society. Then imagine some class of plutocrats, who somehow confiscate wealth and spend it themselves. How much can they take? The answer is: not much if the society is to survive, because the poor cannot dip below the average income because the average income is barely enough to keep you alive. Now imagine a much richer society. This, in principle, could be far more unequal because the poor could still survive on a tiny fraction of the average income. Milanovic and co-authors were interested not only in how unequal a society is, but how unequal it is relative to how unequal it could possibly be. My point was that despite important gains over the past twenty years, India is still a very poor society. There’s a limit to how unequal it can get until it gets richer – which should make us worry about the inequality we do see.”]

Let’s get back to Piketty. Taxing the rich more was one of the main points that Piketty made in his book Capital in the Twenty First Century. As he writes: “The historical evidence suggests that with only 10-15 percent of national income in tax receipts, it is impossible or a state to fulfil much more than its traditional regalian responsibilities: after paying for a proper police force and judicial system, there is not much left to pay for education and health. Another possible choice is to pay everyone—police, judges, teachers, and nurses—poorly, in which case it is unlikely that any of these public services will work well.”

How do things look in India’s case? If we look at the annual budget of the government of India for 2015-2016, it’s tax revenue amounts to around 6.5% of the nominal gross domestic product (or national income). This is well below the limit that Piketty talks about.

It is very clear that the central government needs to collect more taxes than it currently is. There is no denying that. Piketty feels that it is time that India’s rich pay more taxes. He also suggests that India’s rich should be taxed more. It is important to realise here that the rich are not going to pay higher taxes on their own and hence, they need to be taxed more.

As Piketty told The Hindu: “India has zero wealth tax,” with the underlying message being that India needs to tax those who have wealth.

To put it in simple English greater inequality of income leads to slower economic growth. And why is that? Das has an answer: “Higher income households have a lower marginal propensity to consume, spending a lower portion of each incremental dollar of income than those with lower incomes. US households earning US$35,000 have a marginal propensity to consume an amount from each additional dollar of income which is around three times that of a household with an income of US$200,000.”

Inequality comes with a huge social cost as well. As Das puts it: “Widening disparities in income level also impose direct costs such as life expectancy, crime levels, literacy and health. Rising inequality is associated with higher crime rates, particularly violent and property offences, poorer health, as well as family breakdowns and drug use. Unequal societies are affected by diseases of poverty, such as TB, malaria and gastrointestinal illnesses arising from poor nutrition and hygiene, inadequate housing, and a lack of
sanitation and access to timely health services.”

What all this clearly tells us is that income inequality is a problem. Is taxing the rich more really a solution to this?

It is worth asking here in the Indian context who are the rich when it comes to paying taxes? It is worth remembering here that in his February 2013 budget speech, the then finance minister P Chidambaram had estimated that India had only 42,800 people with a taxable income of Rs 1 crore or more.

As Piketty said in one of his interviews it is next to impossible to get hold of income statistics in India. Nevertheless, some progress has been made in the recent past. Akhilesh Tilotia of Kotak Institutional Equities, who is also the author of The Making of India, has done some excellent analysis on this front.

As Tilotia writes in a research note titled How Many Crorepatis in India released in early December 2015: “As e-filing of income taxes becomes the norm and the government gives out glimpses of data, it is now possible to estimate the number of entities in various slabs of incomes. Data suggests that over the four-year period of FY2011-14, the number of non-corporate entities reporting incomes > Rs10 million [or Rs 1 crore] has gone up 3 times to 63,589.” A non-corporate assesse includes “individuals, Hindu undivided families, partnerships, association of persons, etc.” This is around 0.5% of India’s population writes Tilotia.

What does this tell us? This tells us very clearly that very few of India’s rich actually pay taxes. So increasing the tax rates, as Piketty suggest, is really not a solution because the government will end up taxing the same set of people who are already paying a major part of India’s taxes.

Take the case of wealth tax. The finance minister Arun Jaitley abolished the wealth tax in the budget speech he made in February 2015. As Jaitley said during the course of his speech: “The total wealth tax collection in the country was Rs 1,008 crore in 2013-14.”

This basically means two things: a) Very few people in India bothered paying wealth tax. b) The income tax department was not in a position to get more people to pay wealth tax.

Also, it is worth remembering here that many Congress finance ministers since independence drove a substantial part of the Indian economy underground by having very high rates of income tax. The marginal rate of income tax even reached 97% at a certain point of time.

So a higher income tax rate is clearly not a solution to reduce income inequality in India. The solution is to bring more and more Indians who should be paying income tax, but do not, under the tax bracket. This means simplifying the income tax system. It also means making the income tax department more efficient through the use of information technology. And finally, it means reducing corruption in the department.

That is the solution to reducing income inequality in India. Higher tax rates are clearly not the way to go about it.

This column originally appeared in the Vivek Kaul’s Diary on February 1, 2016.