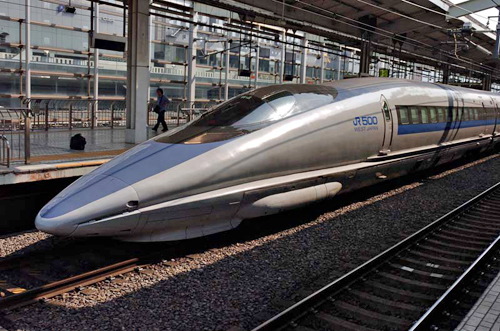 This column is essentially a follow up to the column titled In Defence Of The Mumbai-Ahmedabad Bullet Train which was published a few days back. In this column I will try and answer some questions that were asked by readers in response to the previous column.

One feedback that came through very strongly was that the Modi government has got its priorities all wrong and the bullet train is essentially a show-off project. This was very well summarised in a tweet in which I was asked whether I had ever tried taking a local train at the Parel station (one of the local train stations in Mumbai on the central line) in the evening? The short answer is yes, I have boarded local trains at Parel in the evening and at various other stations in Mumbai. And it’s a pain.

The point that the reader was trying to make was that taking the local train in Mumbai in the evenings (and the mornings) is very difficult. The trains are usually all packed and there is very little space to even stand properly. There are many more people packed into the compartments than these compartments are built to take in.

In fact, today’s edition of the Mumbai Mirror newspaper reports that ventilators on 80% of the trains don’t work. As the newspaper reports: “Over 400 commuters have died of heart attacks and other complications this year, triggered in most cases by suffocation. A majority of these deaths took place during peak hours.”

Long story short—forget standing properly, you can’t even breathe properly while traveling on a Mumbai local. Given this scenario, why are we interested in starting a bullet train between Mumbai and Ahmedabad? Why not use that money to try and improve the condition of the local trains in Mumbai? Has the government got its priorities all wrong?

This is a fair question. Nevertheless, it needs to be understood that we are not in an either-or kind of situation here. Most of the money to build the bullet train system between Mumbai and Ahmedabad is not coming from the current revenues of the Indian government or the Indian Railways for that matter. This means that the money is not being taken away from something else that the government could have done with that money.

This, further means that the money that will be used for the bullet train between Mumbai and Ahmedabad could not have been used to improve the local train system in Mumbai. It could not have been used for increasing the education, health, environment and road and highways budget of the government as well. It was available only for the bullet train.

So where is the money to build the bullet train going to come from? This money is being lent by the Japanese government at a highly concessional interest rate of 0.1% per year to be repaid over a period of 65 years (Yes, you read that right).

Further, as the press release announcing the bullet train said: “Japan has offered an assistance of over Rs 79,000 crore for the project. The loan is for a period of 50 years with a moratorium of 15 years, at an interest rate of 0.1 per cent. The project is a 508 kilometer railway line costing a total of Rs. 97,636 crore, to be implemented in a period of seven years.”

So 80% of the money to build the bullet train line is coming from Japan. This loan comes with an interest rate of 0.1%, which more or less means that this is an interest free loan. It is to be repaid effectively over a period of 65 years. The loan comes with a moratorium of 15 years, which means that the repayment does not have to start immediately. It will start in 15 years time and will be repaid over a period of 50 years after that.

Given the long repayment period of the loan, the impact of inflation on the “real” value of the loan needs to be taken into account? As an editorial published in the Business Standard newspaper today (December 16, 2015) points out: “India’s average wholesale price inflation in the four decades between 1970 and 2010 has hovered at 7.6 per cent and consumer price inflation in that period has been estimated at an average of over eight per cent.”

At an inflation of 8% per year, by the time the loan repayment starts fifteen years down the line, the “real” value of the Rs 79,000 crore loan, in today’s money, would be around Rs 24,900 crore. At 5% inflation it would be Rs 38,000 crore. The broader point is that by the time the loan repayment will start the real value of the loan will be considerably lower.

This was another feedback that I got in response to the last column. I was told that I did not take currency risk into account while putting forward my analysis. I did not do that because over a long period of time (65 years in this case), I think it won’t really matter.

There have been periods of volatility where the rupee has rapidly depreciated against the yen, but over a two-decade period, the depreciation has happened at a very slow rate. Given this, even if the rupee were to continue to depreciate against the yen, it won’t really matter over a period of 65 years, especially once we take inflation and economic growth into account. The size of the loan by the time the Indian government starts repaying it, will be significantly smaller in comparison to the size of the economy as measured by the gross domestic product.

Another question asked by readers was that why is the train being started between Mumbai and Ahmedabad, which already has good connectivity? Given the nature of the project the train has to be run between Delhi and some place or Mumbai and some place (or Bangalore and Chennai). That is where the initial market of people likely to use the bullet train is, given that these cities have the highest number of air-travellers.

And given that among all India cities, Delhi tends to get the most money when it comes to building physical infrastructure, linking Mumbai with Ahmedabad makes immense sense. In fact, if the government has plans of a second bullet train, it needs to be between Bangalore and Chennai.

As far as the financing of the bullet train project is concerned, I don’t see any problems. The major problems will come in the implementation part. Getting the land required to build the track at a reasonable price and ensuring that the tickets are priced at a level, where the entire thing is viable and doesn’t just become a show-off project. That is where the real challenge is.

The column originally appeared on Huff Post India on December 16, 2015