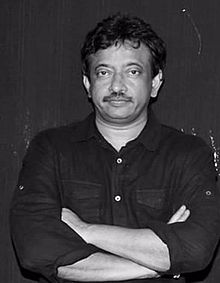 The headline for this column is pretty clichéd. But as you read along, dear reader, you will realise, why sometimes clichéd headlines work the best. This is also a sort of an extension to the column I wrote last week (The Halo Effect of Amit Shah, December 9, 2015).

During the course of last week I finished reading Ram Gopal Varma’s very interesting book Guns and Thighs—The Story of My Life. The book is clearly not an all-encompassing autobiography, but it does talk about Varma’s life as a film maker in bits and parts. And that is what makes it interesting.
Varma talks about how he sees success in great detail. This to me was the most interesting part of the book. And I learned more about success by reading Varma’s book than all the management gyan I have accumulated over the years.

In the book Varma talks about success at multiple levels. One of the points he makes repeatedly is that it is very difficult to forecast success. And it is just easier to write off people by raising doubts about what they are doing. As Varma writes: “[The] first-time director Shankar was making a film called Gentleman, which was based on the subject of capitation fee. The entire south industry wrote it off before the release, saying that capitation fee was too limited a subject to be made into a commercial film.”

The movie was a huge success and it broke all records (On a slightly different note it also introduced the dancing prowess of Prabhu Deva to the nation). The film was remade in Hindi by Mahesh Bhatt with Chiranjeevi in the lead.

On the basis of the film’s success in Tamil it was predicted that the film would do well in Hindi as well. The film bombed and the unanimous feedback was that “capitation fee was too trivial a subject to be made into a commercial film”. The point being that people will always come up with an explanation for success or for failure, depending on how things ultimately turn out.

Varma gives another example of Satya, which was perhaps the best film he ever made (He personally vacillates between Satya and Company). Satya was a very realistic portrayal of the Mumbai underworld. It was the first time a filmmaker had done so and it inspired a series of similar films that were made in the years to come. In Satya gangsters looked like real gangsters and not like Hindi film caricatures of gangsters.

But doubts were raised before the movie was released. As Varma writes: “When a well-known filmmaker saw Satya before its release, he told me that the background music was too loud and melodramatic, and also that nobody would want to see beardy sweaty faces.”

After the film succeeded, the same film maker told Varma that the film’s background score ensured that it did not remain a niche or an art film and made it a universal success. He also said that the realistic faces in the movie were a nice change from the usual chocolaty faces that Bollywood dishes out. The explanation for the success of Satya was similar to the reasons the filmmaker thought it would fail.

Varma calls people trying to predict success and then failure (or vice-versa) as the inbetweenists. These inbetweenists keep changing their opinion according to the outcome. As Varma writes: “[The inbetweenists] have to have an opinion on everything as they don’t want to feel dumb and incapable of predicting success or failure, and two is that they don’t want to be caught on the wrong side of success if their predictions go wrong. So they always have a theory ready, if their predictions go wrong.”

Hence, when people succeed explanations for their success are readily offered. But if these reasons were so valid why aren’t they first offered to forecast success in the first place? As the old cliché goes: “nothing succeeds like success.”

The column originally appeared in the Bangalore Mirror  on December 16, 2015