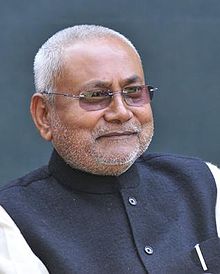 In Friday’s edition of The Daily Reckoning I had mentioned that on Monday I will be discussing the recently launched sovereign gold bonds. Nevertheless, there is something else that I wanted to share today, in the aftermath of the Bihar election results.

Given this, the column dealing with the sovereign gold bonds will now appear tomorrow (November 10). Today I want to discuss the Bihar election results. Or to put it more specifically, the analysis that happened on TV and the social media after the counting started and the first trends (and not results) started to come in.

The counting started at 8AM and within a period of 30 minutes the first trends stared to come in. Over the next hour and a half, the Bhartiya Janata Party (BJP) led National Democratic Alliance (NDA) was way ahead of the Nitish Kumar led Grand Alliance (comprising of Nitish Kumar’s Janata Dal(United), Lalu Prasad Yadav’s Rashtriya Janata Dal(RJD) and the Congress Party).

Experts on a whole host of TV channels and social media started offering reasons for this trend. Some experts and TV anchors more or less declared a BJP victory. One senior journalist surmised on an English news channel that Nitish Kumar’s arrogance during the second term had cost him this election. He also said that Nitish had misread the youth.

On a Hindi channel an expert said that the “annihilation of caste had started in Bihar,” as Dr Ambedkar and Dr Lohiya had predicted. A senior Muslim BJP politician belonging to Bihar also said the same thing: “humne jatiya ganit ko toda hai (we have broken the caste arithmetic).”

Within the Grand Alliance, initially Nitish Kumar’s Janata Dal (United) or JD(U), was leading in many more seats, in comparison to Lalu’s RJD. An expert on a Hindi news channel explained this in a very interesting way, which sounded quite convincing at that point of time.

He said all of Lalu’s voters (i.e. primarily the Muslims and the Yadavs) had voted for Nitish (in constituencies where a JD(U) candidate had been put up by the Grand Alliance), but the vice versa has not happened (i.e the Kurmis and the Extremely Backward Classes, who are supposed to the supporters of Nitish, hadn’t voted for the RJD in constituencies where the RJD candidate had been put up).

An Indian American who is known to be a Modi bhakt (though in the recent past he has been very unhappy with the economic policies of the Modi government) tweeted saying: “Please don’t feel bad, JDU+RJD. At least you won the exit polls.”

After 10 AM the trend started to change and the Grand Alliance started to move ahead and ultimately overtook the NDA by a huge margin. The Hindi news channels caught on to this very quickly. The English channels took some time. And that’s how it stayed till the end. The NDA was washed out. The Grand Alliance got 178 seats and the NDA ended up with just 58 seats.

The RJD emerged as the largest party with 80 seats. The JD(U) came in second at 71 seats. And the BJP was third at 53 seats.

So that is the background to the issue I want to write about today.

Analysing on TV and the social media forces people to come up with instant analysis. There is no scope for nuance or words like possibly and maybe. The experts can’t wait either.

The instant analysis can be shaky given that many times it’s based on very small sample sizes. This leads to analysts and experts on TV and the social media, becoming victims of the law of small numbers. And this is precisely what happened in the first two hours after the counting of votes started yesterday.

As Leonard Mlodinow writes in The Drunkard’s Walk—How Randomness Rules Our Lives: “
The misconception—or the mistaken intuition—that a small sample accurately reflects underlying probabilities is so widespread that [Daniel] Kahneman and [Amos] Tversky gave it a name: the law of small numbers. The law of small number is not really a law. It is a sarcastic name describing the misguided attempt to apply the law of large numbers when the numbers aren’t large.”

And what is the law of large numbers? As Mlowdinow writes, the law of law large numbers essentially states that “a large enough sample will almost certainly reflect the underlying makeup of the population being sampled.”

How does this apply in the context of the Bihar elections? When the first trends started to come in, only a few votes had been counted. Hence, this sample of votes was a small portion of the total votes that had been polled. And it showed that the NDA was well ahead. Nevertheless, it did not reflect the underlying reality. As Daniel Kahneman writes in Thinking, Fast and Slow: “Large samples are more precise than small samples. Small samples yield extreme results more often than large samples do.”

The extreme result yielded in this case was that the NDA was ahead in many constituencies. This led analysts and TV anchors to declare an NDA win. But the votes that had been counted initially (the small sample) were not a correct representation of how the public had actually voted (the overall population).

A few hours after the counting started, when a large number of votes had been counted (a large sample), the Nitish led Grand Alliance emerged clearly ahead.

And all the analysts on TV and the social media predicting an NDA win, ended up with eggs on their faces.

In any election analysis, the experts need to wait till a decent number of votes have been counted, so that these votes are a good representation the way the overall voting has happened. But in the days of instant analysis on TV and the social media, waiting is simply not possible.

To conclude, as Kahneman puts it: “We pay more attention to the content of messages than to information about their reliability, and as a result end up with a view of the world around us that is simpler and more coherent than the data justify. Jumping to conclusions is a safer sport in the world of our imagination than our reality.”

In fact, the NDTV anchor Ravish Kumar summarised the situation the best when he said: “pal pal badalti khabron par, pal pal badalta vishleshan. Hum log chalak log hain (As the news changes second by second, so does our analysis. We are smart people).”

The column originally appeared on The Daily Reckoning on November 9, 2015