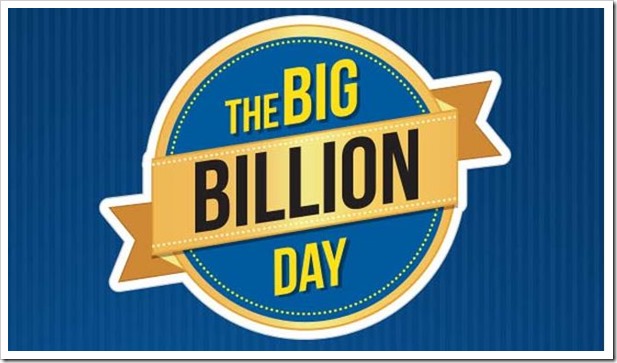 This week the ecommerce companies operating in India are at war.

Snapdeal had its electronic Monday sale on October 12, 2015.

Fllipkart has The Big Billion Days Sale between October 13 and October 17, 2015. This sale is limited to its smartphone app.

Amazon has the Great Indian Festival Sale during the same period. Amazon’s sale isn’t limited to its app, like Flipkart’s. Nevertheless, the company is offering higher discounts on the app.

Over the next few days you will see reports in the business press with senior executives of these companies saying that they have managed to sell this much and sell that much.

The trouble is everyone will talk about revenue numbers. No one will tell you that they are losing money on each product they sell and the more they sell the more money they will lose.

In fact, the business press is already talking about the positive impact of these sales. As Rahul Taneja of Snapdeal told the Mint newspaper: “We are well on track to reach $100 million sales on our Electronics Monday Sale.”

Nevertheless, things are not as simplistic as they are being out to be. The Indian ecommerce scene should be viewed from the lens of the prisoner’s dilemma.

The dilemma was first put forward by Polish mathematician Melvin Dresher while he was working at the Rand Corporation in the United States in 1950. It was given its name by Canadian Mathematician Albert Tucker.

And this is how the dilemma goes. There are two people who are suspected of a major crime. They are apprehended during the course of carrying out a minor offense and put in jail.

As John Allen Paulos writes in A Mathematician Plays the Stock Market: “They’re then interrogated separately, and each is given the choice of confessing to the major crime and thereby implicating his partner or remaining silent. If they both remain silent they’ll get one year in prison. If one confesses and the other doesn’t, the one who confesses will be rewarded by being set free, while the other one will get a five-year term. If they both confess, they can expect to spend three years in prison.”

The best solution here is for both individuals to remain quiet and get a prison sentence of one year. But the individuals are being interrogated separately and hence, one doesn’t know how the other will react. So what happens?

So even though the best outcome is for both to remain silent and spend one year in prison, the most possible outcome is that both of them will confess in the hope that they will get away free. In the process they land up in jail for three years.

Now how is this linked to what we started with i.e. the discount wars of Indian ecommerce? As Paulos writes: “The charm of the dilemma has nothing to do with any interest that one might have in prisoner’s rights…Rather, it provides the logical skeleton for many situations we face in everyday life. Whether we’re negotiators in business, spouses in a marriage, or nations in dispute…If both (all) parties pursue their own interests exclusively and do not cooperate, the outcome is worse for both (all) of them; yet in any given situation, any given party is better off not cooperating.”

Economist Dani Rodrik explains the situation of prisoner’s dilemma in the context of advertising carried out by competing companies in his new book Economics Rules—Why Economics Works, When It Fails and How to Tell the Difference.

As he writes: “Assume that two competing firms must decide whether to have a big advertising budget. Advertising would allow one firm to steal some of the other’s customers. But when they both advertise, the effects of customer demand cancel out. The firms end up having spent money needlessly.”

Now replace the word advertise in the above paragraph with the sales that are currently on and the situation is very similar. Let’s say Flipkart (or Amazon or Snapdeal, it doesn’t really matter) announces a big sale over five days to acquire new customers as well as sell more to existing ones. It makes tremendous sense for Flipkart to do that as long as it is the only company doing it.

The moment they do this, Flipkart loses out on the advantage it would have had if it was the only sale in town. The vice versa is also true.

Now Amazon and Snapdeal also have a sale on just to ensure that they don’t lose out on their customers. A classic prisoner’s dilemma.

Also, each company now has to offer greater discounts on their products, to make it look like a sale. This means accumulating more losses than they currently are. The Indian ecommerce players don’t mind doing this given that they are currently looking to drive up their revenue.

The higher the revenue number they are able to generate, the higher the valuation they get. And this helps them raise more money from investors. This, in turn, helps them keep running the show given that their current operations are loss-making.

Akhilesh Tilotia of Kotak Institutional Equities in a report titled .com 2.0 – Value versus Valuation makes a very interesting point. As he writes: “It will be instructive to note that the proportion of people who have purchasing power in India is limited to the top 10% or so of the population.” So the number of people that Indian ecommerce companies can tap is limited and is nowhere near as is typically made out to be.

And this has important repercussions. As Tilotia writes: “It is important to consider whether India’s e-commerce GMVs[Gross Merchandise Values] and volumes are going to come from (1) a larger number of users doing more transactions or (2) a smaller base of consumers (say the top-end 100 million or so users) driving all the volume. If it is going to be the latter, customer engagement and retention will be more important than customer acquisition.”

If customer retention is more important than customer acquisition then any one company launching a sale will lead to others having to join in, in order to retain their customers, even though they may not want to do the same. The prisoner’s dilemma is at work.

As John Allen Paulos writes in Beyond Numeracy: “The parties involved will be generally better off as a pair if each resists the temptation to double-cross the other and instead cooperates…If both parties pursue their own interests exclusively, the outcome is worse for both of them than if they cooperate.”

But that’s not going to happen because that is what competition is all about. And it does work at some places.

The column originally appeared on The Daily Reckoning on October 14, 2015