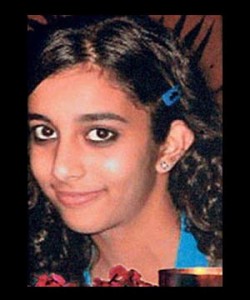 I saw the movie Talvar on the day it was released. The movie is based on the Aarushi Talwar murder case. The names of the lead characters in the movie have been changed, with Aarushi Talwar becoming Shruti Tandon.

But as the movie unfolds, anyone who has followed the murder case closely would know that there is nothing fictional about it. Vishal Bhardwaj’s script is based on solid research. The movie tries to show two sides of the story, with a portrayal which suggests that Aarushi’s parents, Nupur and Rajesh Talwar, got a raw deal, and they got caught up in the rigmarole of the Indian police and justice system.

Along with Talvar if you have happened to read journalist Avirook Sen’s book Aarushi, you will come to the same conclusion.

Given this, the question here is why almost everyone was convinced for a long time (and some still are) that the parents killed Aarushi, and it was a case of honour killing. In fact, while coming out of the cinema theatre, I overheard two women talking and one of them was telling the other, that the filmmaker must have taken money to show a sympathetic portrayal of Aarushi’s parents. This logic has also been offered to me by a few journalist friends.

Why are people so convinced that the parents murdered Aarushi? I think their common sense is at work. One reason offered is that Nupur Talwar did not cry when she was interviewed by NDTV. Which mother would not have cried if she was giving an interview after her daughter’s murder? This question is often put forward as a reason to explain that the parents murdered Aarushi.

Nevertheless, as TV journalist Sonia Singh, who interviewed Nupur Talwar, recently wrote in a column: “I want to shout this from the rooftops. Nupur Talwar cried; in fact, she cried copiously! Her mistake – she did it off camera; my mistake – I didn’t keep the cameras rolling to record what I felt was a private moment of heartbreak.”

So Nupur Talwar did cry. It’s just that people never came to know about it.

While trying to explain things to themselves most people tend to use what they call “common sense”. Nevertheless there are problems with this approach. As Duncan J. Watts writes in Everything is Obvious—Once You Know the Answer: “Because we only try to explain things that strike us as sufficiently interesting, our explanations account for a tiny fraction even of the things that do happen. The result is that what appear to us to be causal explanations are in fact just stories…Nevertheless, because these stories have the form of causal explanations, we treat them as if they have predictive power.”

A similar phenomenon has been at play in the Aarushi murder case. Another reason offered in favour of why parents killed Aarushi is that how could the parents not hear anything while their daughter was being murdered in the next room. The parents said that the AC in their room was making too much noise and hence, they could not hear anything. This was later tested and found to be true (there is a long scene in the movie as well).

But this sort of reasoning is beyond our common sense. As Duncan writes: “The basic problem is that whenever people get together in groups…they interact with one another, sharing information, spreading rumours, passing along recommendations…learning from each other’s perspectives and generally influencing each other about what is good and bad, cheap and expensive, right and wrong.”

So people were convinced that the Talwars were guilty and the story spread. As Duncan writes: “The net result is that common sense is wonderful at making sense of the world, but not necessarily understanding it.”

The column originally appeared in the Bangalore Mirror on Oct 14, 2015