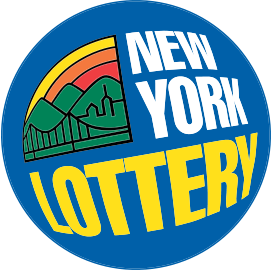 And all these years later, I wonder why he smiled on the days he bought a lottery ticket, given that he never really won anything. Of course, I did not understand the reason back then, but now with some understanding of why people behave in a certain way, I do.

Jokes apart, why do individuals actually buy lottery tickets, given that the probability of winning the big-prizes on offer on any lottery, is very low. Only a few people out of the millions who buy lottery tickets regularly, are likely to win the top prize.

Psychologist Daniel Kahneman explains this in Thinking, Fast and Slow: “The possibility effect…explains why lotteries are very popular. When the top prize is very large, ticket buyers appear indifferent to the fact that their chance of winning is minuscule.”

And that I guess explains my father’s beaming face every time he bought a lottery ticket. In fact as Kahneman puts it: “Buying a ticket is immediately rewarded by pleasant fantasies…The actual probability is inconsequential; only the possibility matters.”

In fact, promoters, companies and governments (as is the case in India and other parts of the world) which sell lottery tickets, understand this fact very well. As Kay writes: “Promoters have learned through experience how to design an attractive lottery product. A few very large prizes establish the dream. A large number of very small prizes encourage customers to maintain the belief that ‘It could be you’.”

This structure of the lottery also explains why people keeping going back to buying tickets even though their chance of winning the big prize is close to zero. As Kay points out: “When lottery patrons lose, as they mostly do, they can sustain the dream by promising themselves that they will buy a ticket again next week. ‘It could be you’ was the well-judged slogan with which Britain’s national lottery was launched.”

So, the story and the hope of winning a big lottery continues among millions of people all over the world. And it is hope which makes a dull and dreary life, liveable at the end of the day. If that means buying a lottery ticket, then so be it.

The column originally appeared in the Bangalore Mirror on Oct 7, 2015