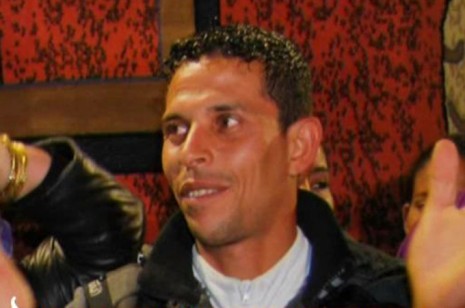 I don’t know how many of you have heard of this man called Mohammed Bouazizi. Honestly, even I hadn’t heard about him until a few days back.
On December 17, 2010, this 26 year old set himself on fire and died. And why did he do that?

His story is recounted by Philip Tetlock and Dan Gardner in their new book Superforecasting—The Art and Science of Prediction. Bouazizi was a Tunisian who sold fruits and vegetables on a handcart. On December 17, 2010, the police approached him and took away his weighing scales on the pretext that he had broken some regulation. Bouazizi knew that this was a lie and the police basically wanted money.

He went to the town office to complain. He was told that the official he wanted to meet was busy. Bouazizi left on being told this, feeling humiliated and powerless. He went and got some fuel, poured it over himself and set himself on fire.

This sparked protests in Tunisia and the police as expected responded with brutality. Bouazizi died on January 4, 2011. After this, the unrest in Tunisia grew. As Tetlock and Gardner write: “On January 14, 2011, [President Zine El Abidine] Ben Ali fled to a cushy exile in Saudi Arabia ending his twenty-three year kleptocracy.”

Protests soon spread to Egypt, Syria, Jordan, Kuwait and Bahrain. The Egyptian dictator Hosni Mubarak was also forced to leave office. “This was the Arab Spring—and it started with one poor man, no different from countless others, being harassed by police, as so many have been, before and since, with no apparent ripple effects,” write Tetlock and Gardner.

However, all these factors did not appear overnight and had been around for a while. As Tetlock and Gardner write: “An observer could have drawn exactly the same conclusion the year before. And the year before that. Indeed, you could have said that about Tunisia, Egypt and several other countries for decades. They may have been powder kegs but they never blew—until December 17, 2015, when the police pushed that one poor man too far.”

Something similar happened in June 1914 as well, more than 100 years back. Mark Buchanan recounts this story in Ubiquity—The Physics of Complex Systems.

At around 11 AM on June 28, 1914, a driver of an automo­bile carrying two passengers in Sarajevo made a wrong turn. The car wasn’t supposed to make this turn and leave the main street. But due to the mistake of the driver it ended up in a narrow lane and stopped right in front of a Gavrilo Princip, a 19-year-old student.

But that wasn’t Princip’s only identity. He was also a member of the Serbian terrorist organization Black Hand. Princip couldn’t believe his luck. He drew out his pis­tol and fired twice killing the two passengers in the car. Prin­cip had recognized them and gone ahead and pulled the trigger. They were Archduke Franz Ferdinand and his wife Sophie of the Austro-Hungarian Empire.

The assassination led to a series of events in a politically fragile Europe and started what was first known as the Great War and later came to be known as the First World War.

Very soon Austria used the assassination as a reason to invade Serbia. Russia guaranteed protection to the Serbs. Soon Germa­ny got involved and offered to be on Austria’s side if the Russians supported the Serbs. France and Britain also got involved. And a few years later the United States also entered the war. A chauf­feur’s mistake triggered a series of events which led to one of the biggest armed confrontations that mankind had ever seen.

More than 100 years later, historians are still writing books on what started the First World War. History is replete with many such examples.
The start of the Arab Spring as well as the First World are excellent examples of the butterfly-effect. The term was coined by the American meteorologist Edward Lorenzo in 1972. As Dan Gardner writes in Future Babble—Why Expert Predictions Fail and Why We Believe Them Anyway: “Lorenzo…came up with a slightly more down-to-earth image to capture the idea of minuscule changes making a big difference in outcomes: The flutter of a butterfly’s wings in Brazil, he said, could ultimately cause a tornado in Texas. The label “Butterfly Effect” has stuck ever since.”

How does the Butterfly effect fit into the context of the Arab spring? As Tetlock and Gardner write: “If that particular butterfly hadn’t flapped its wings at that moment, the unfathomably complex network of atmospheric actions and reactions would have behaved differently, and the tornado might never have formed—just as the Arab Spring might never have happened, at least not when and as it did, if the police had just let Mohammed Bouazizi sell his fruits and vegetables that morning in 2010.”

So what can we learn from these examples? The current financial crisis is also an excellent example of the butterfly effect. The investment bank, Lehman Brothers, went bust on September 15, 2008. Lehman Brothers was the fourth largest investment bank on Wall Street. Individually, it looked like a big event, but it turned out to be very small in comparison to what followed.

While, many economists had predicted the crisis (and some had been predicting for a very long time), almost no one got the timing right. And any prediction without a time-frame is essentially useless, even if it eventually turns out to be right.

“Lending to firms and individuals engaged in the production of goods and services – which most people would imagine was the principal business of a bank – amounts to about 3 per cent of…total.”

What this means that trading in financial securities continues to be the principal business of banks. And this was one of the major reasons behind the financial crisis.

The only thing I don’t know is, when the next round of the financial crisis will start. Neither does anyone else. And if they do claim to know, they are lying.

The column originally appeared on The Daily Reckoning on Sep 29, 2015